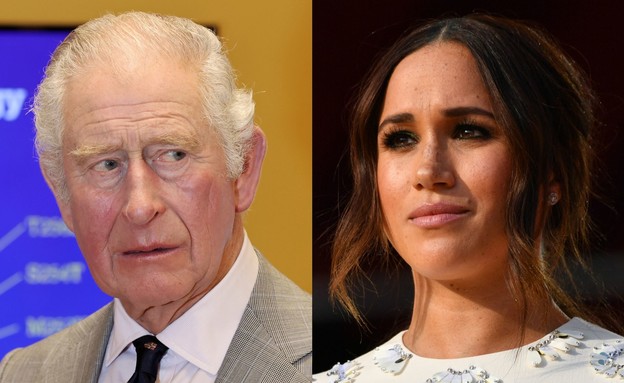 Last March, Prince Harry and Megan Merkel were interviewed by Oprah Winfrey, in what has become one of the most talked about interviews of the past year. During the 90 minutes the two exposed quite a few scandalous issues that happened during their time in the royal family, including the racist question about the skin color of their eldest son, Archie. After quite a few fears in the kingdom that the identity of the questioners will be revealed, it is now published in a new book that it is none other than Prince Harry’s father, Prince Charles.As you may recall, during the interview Megan told Oprah Winfrey that in the kingdom they were troubled by the color of the infant’s skin, before it reached the world air. “There were worries and conversations about how dark Archie’s skin would be when he was born,” Megan said, adding that the talks were held with Prince Harry – who immediately informed her of everything being done in them.

After the broadcast of the interview, Queen Elizabeth addressed the harsh allegations raised in the interview and promised that they would be “addressed.” “The issues raised, especially those relating to race, are worrying. While memory is something that may change, they are taken seriously and will be treated by the family in privacy.” The Queen’s conciliatory and cautious response, according to insiders, stemmed from a genuine fear at Buckingham Palace that Harry and Megan would reveal the names of those who asked the racist question – which now, according to a trusted source interviewed for a new book – have been revealed.

According to the source, on the morning of November 27, 2017, the morning of the official announcement of the engagements of Prince Harry and Megan Merkel, Prince Charles had the troubled conversation with his partner, Camilla. “I wonder what their children will look like,” he told her, and she, “a little overwhelmed” by the question, replied, “Well, certainly beautiful, I’m sure.” When he replied to her, so according to the source, Charles lowered his voice, and asked his partner, “I mean, what do you think their skin tone will be?”.

Details of the full conversation will be published in Christopher Andersen’s book published on Tuesday – “Brothers and Wives: In the Private Lives of William, Kate, Harry and Megan”, but the passage in question is also causing quite a stir in the kingdom. On behalf of Prince Charles, The Post responded to the system that “these are fantasies that are not worth a future reference.” On behalf of Prince Harry and Megan Merkel declined to comment for this article.