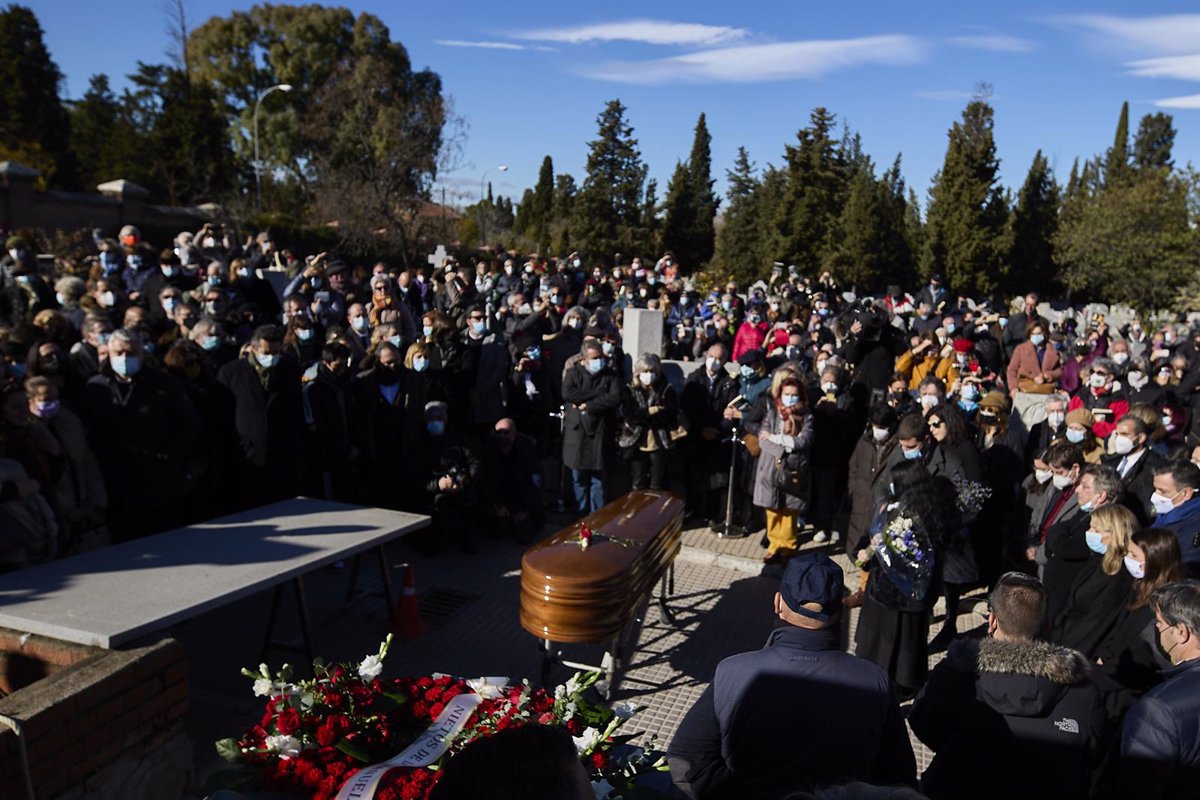 The burial of Almunena Grandes in the Civil Cemetery of Almudena (Madrid) has brought together numerous politicians among which was the President of the Government, Pedro Sanchez, and several ministers of his cabinet, as well as relatives and readers who carried many of his books, posters and flowers as a tribute.

Among the political figures, the President of the Government, Pedro Sanchez; the Second Vice President and Minister of Labor, Yolanda Diaz; the Minister of Equality, Irene Montero or the Minister of Finance, María Jesús Montero; besides singers like Joaquin Sabina who has confessed to being “devastated” by the passing of Grandes –one of his songs ‘Noches de boda’, performed with Chavela Vargas, has sounded as a farewell – or Miguel Ríos, for whom the “absence” of the writer is going to be “very hard.”

The director Pedro Almodóvar, the writer Luis Landero, or the singer and actress Ana Belén, among many other well-known faces, also attended. Precisely, the latter has read one of the writer’s texts, ‘A skirt of bananas’. “Now I know that the main challenge facing my generation is to become as modern as our grandparents were. We don’t have it easy“, concluded the text.

For his part, the actor Miguel del Arco has read the poem ‘The absence is a form of winter’ that Luis García Montero dedicated to his wife and that ends with the verses “Well, I forget everything if I have to learn to remember you”, which are part of the book ‘Almudena’ (Valparaíso editions, 2015).

All of them, as well as hundreds of citizens, have accompanied the Grandes family, whose partner, the poet and director of the Cervantes Institute, Luis García Montero, has deposited a copy of his book ‘Completely Friday: 1994-1997’ in the grave where the writer has been buried amid numerous applause.

Those attending the cemetery have followed the call made by journalist Ramón Lobo on social networks to go to the funeral with some of his books, for which they have seen copies of ‘The reader of Jules Verne’, ‘The frozen heart’, ‘ The three weddings of Manolita ‘or’ The ages of Lulú ‘, as well as posters with some of his phrases (“There is no love without admiration”, a large republican flag, flowers and carnations.

The writer Almudena Grandes, one of the best-known figures of Spanish literature in the country, He passed away on Saturday, November 27 at the age of 61. Born in Madrid in 1960, Grandes became known in 1989 thanks to ‘The ages of Lulú’, a work that won the Vertical Smile Award at the Tusquets publishing house.

His novels ‘I’ll call you Friday’, ‘Malena is a tango name’, ‘Human geography ties’, ‘Difficult airs’, ‘Cardboard castles’, ‘The frozen heart’ and ‘Los besos en el pan’, Together with the volumes of short stories ‘Models of women’ and ‘Estaciones de paso’, they made her one of the most established names and with the greatest international projection in contemporary Spanish literature. Many of them were brought to the big screen.

Grandes also wrote in ‘El País’ a column in which he already announced that he had a cancer diagnosed during a routine checkup.