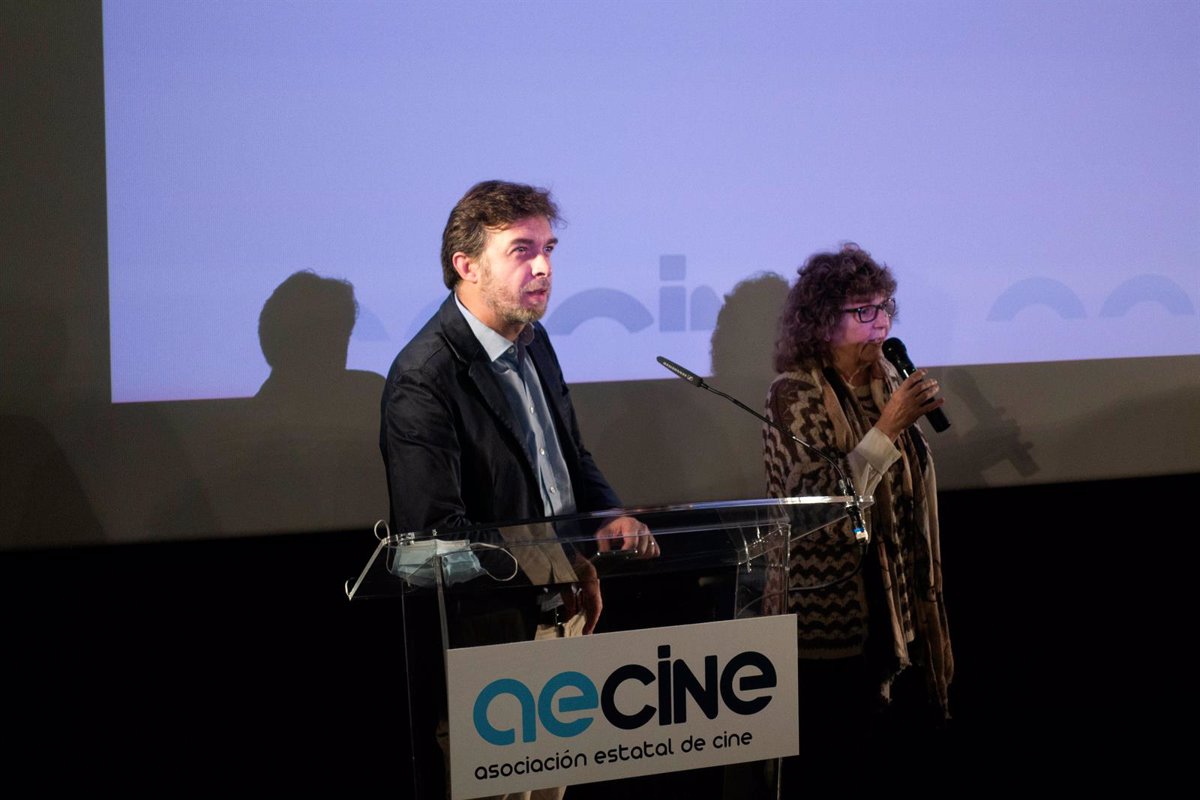 European film producers have claimed the “added value “of the rooms” not only as a unique and social experience “, at a difficult time for exhibitors due to the crisis generated by the coronavirus pandemic.

This has been one of the conclusions reached during the three days of conferences in a meeting held in Madrid and organized by AECINE. The flexibility of the exhibition windows, “depending on the product, more urgent than ever “or to achieve a sustainable audiovisual production as a” common goal “have been other topics analyzed.

Mariela Besuievski, producer of Tornasol and member of the board of directors of AECINE (State Film Association), has described as “worrying “the current situation of the box office collection in cinemas, but it warns that the measures to alleviate the losses caused by the “hurricane” of the pandemic will take time to arrive.

“The health of the box office is worrying and is one of the challenges for the coming months, but we will have to wait, because creating an alarm at a time when you are in the middle of the hurricane is dangerous“, Beuievski has indicated in declarations to Europa Press.

One of the relevant issues is the decrease in collection at the box office throughout a year marked, especially in the first months, by sanitary restrictions. “It is an objective fact that there are fewer viewers, but also a health alarm. You have to ask for patience, although you cannot always have it due to financial problems,” the producer pointed out.

Nevertheless, Beuievski believes that it is “very difficult to evaluate the measures to be taken” at a time that “is still pandemic.” “It seemed that we were going out, but we already see that it is not like that and what we have to do is analyze with data what is happening, what is going to be done and how the spectator returns to the cinema,” he clarified.

The producer warns that the panorama of the sector “has radically changed in a very short time” and that it is in “a very defining moment”. That is why they are also waiting for legislative measures from the Ministry of Culture and Sports, such as the new Cinema Law scheduled for 2022.

“The The budget with which production is provided by the Ministry is little and has not been raised enough. We must analyze and see what will happen to the Cinema Law, because we have not yet seen a draft and it is assumed that we are less than a year away from it, “he pointed out.

Beuievski recalled that “nothing has changed” regarding the financing of production by Culture, when “it had been asked to raise it to 100 million euros.” “In addition, there are many films with very relevant names out of aid every year,” he warned.

In any case, it celebrates measures such as the recently announced fund of 10.5 million euros to promote films in co-official languages, included in the Budgets. “For the sector, any measure that increases money is always positive, but it has to be accompanied by a sum of measures “, has indicated.

Among the participants, the Undersecretary of Culture and Sports, Eduardo Fernández; the general secretary of ICAA, Rocio Juanes de Toledo, the Councilor for Culture and Tourism of the Community of Madrid, Marta Rivera or Ana Amigo on behalf of the Film Academy as the main institutional presences.

Regarding the industry, the event had a representation that included the representatives in Spain of NETLIX (Esperanza Ibáñez and Juan Mayne) and Prime Video (Koro Castellano, Manuel Reverte and Chelo Abarca); Comscore’s Director General for Europe, Arturo Guillén; the President of PROA, Jordi Oliva; the President of PIAF, Antonio Mansilla; or the vice president of Ama, Carlos D’Ursi.