From De Nicola and Mattarella, how the President became the new king 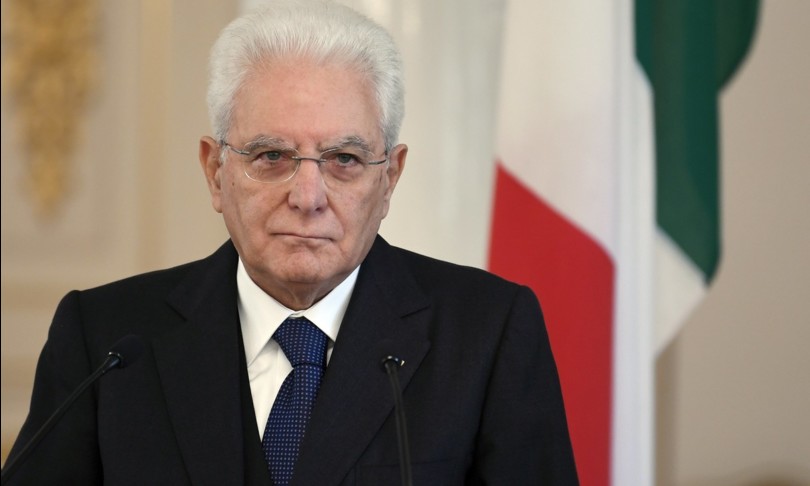 – “On the eve of the presidential elections of 2022, which are announced to be among the most uncertain in history, the president-monarch is more and more powerful, more and more popular and more and more alone. The President is the answer to the crisis of democracy, but also its maximum expression“. The journalist Marco Damilano starts from personal memories, from when he entered Montecitorio at the age of 16, on June 24, 1985, to attend the election of Francesco Cossiga from the stands, to tell the story and “the curse that weighs on the Quirinale and its tenant “. And he does so in a book, ‘Il Presidente’ (La nave di Teseo, pp. 338 – Euro 19), in which he traces the history of the twelve presidents of the Italian Republic – by Enrico De Nicola (in reality he was regent and appointed by Constituent Assembly and not by Parliament) a Sergio Mattarella – their lives, their relations with Italian and foreign politicians, their frustrations and the difficulties they had to overcome in a role of guarantee that soon became at the forefront of Italian politics. According to the definition of Livio Paladin, the President is “the most enigmatic and elusive of the public offices provided for in the Constitution” and Giuliano Amato, failed candidate for the Quirinale in several elections, summarizes its powers in the accordion formula: “If the president is strong, authoritative, popular, his powers are great and the accordion will spread out to its maximum extent. If it is weak and its role is negotiated with the parties, the accordion will remain closed ”.

Damilano explains the concept better by quoting the political scientist Gianfranco Pasquino: “When the parties were solid and compact they had the power to prevent the president from playing the accordion. Beginning between 1992 and 1994 a transition, characterized by the decline and by the substantial and persisting weakness of party structures, three presidents (to whom we could already add Sergio Mattarella) enjoyed enormous discretion in the use of their constitutional powers. Scalfaro and Napolitano, both certainly ‘parliamentarians’, were forced / encouraged / facilitated by circumstances to play the accordion of their powers in a key definable as semi-presidential. “And this is one of the key points of the book from which Damilano starts to describe the figure of the head of state. A figure which in his opinion is now completely transformed: “Mattarella brought to a conclusion the transformation of the figure of the President – he writes – after him it will be difficult to go back, perhaps impossible “.

In his book, through stories and anecdotes concerning the political life of the heads of state who have succeeded each other in sixty-five republican lives (from 1948 to 2013), Damilano describes a path of the various tenants of the Quirinale who from simple guarantors of democracy they have often turned into protagonists of politics. Sometimes even in antagonists of the power expressed by Parliament (such as Scalfaro and Napolitano when Berlusconi was premier), or in deputies of Parliament when this was unable to express a credible government capable of facing a crisis (Napolitano when calling ‘as premier Mario Monti or Mattarella with Mario Draghi). And the very last tenant of the Quirinale, Damilano argues, changed the rules forever and opened up to de facto semi-presidentialism. ()

The history of Italy told in ‘Il Presidente’ does not follow a precise chronology, but speaks of various Presidents in relation to situations, historical contexts or events that have conditioned the life of our country (or of the whole world). A story that still has an epilogue to write which is also the narrative engine of the book: who will be the thirteenth president? Mattarella has repeatedly said that he will not accept a second mandate, explains Damilano, “he is against the re-election of the president and even more against a term that would certify the impossibility of parties to get out of their impasse,” involving the Quirinale in their haggling and convenience. But the pressures remain. It is the effect of the change in the presidential figure of which Mattarella himself was the architect “. And the future is called Mario Draghi. A solution, adds the journalist,” out of the usual scenarios “, with the first prime minister who could pass from the role of head of government to that of head of state with a de facto semi-presidential role, no longer a democratic guarantee but also – and above all – a guarantee of political stability.

“The international chancelleries – Damilano warns – fear the end of the government led by the former president of the ECB, in a moment of instability continental, and the return of Italy to political chaos. It does not seem insurmountable conditions – he concludes – if Draghi really was determined to move to the Quirinale. A step that would mean for Italy a de facto change of the Constitution, in a semi-presidential sense. “We would thus have, adds the journalist,” a Semi-presidential republic with indirect election“. Certainly, it is Damilano’s analysis that he entrusts to his readers, the election of the thirteenth President represents a watershed:” the presidency of the Republic finds itself at the crossroads of opposing forces: it can be the engine of change, which regulates the return to a stronger democracy, linked to authoritative institutions, parties able to oppose each other without feeding destructive spirals – he adds – or offer itself as a guarantee and a substitute for a country without heroes and fathers and therefore always poised between revolt and paternalism “.