Lebanese Muslim who posed as ultra.Orthodox Jew: “I still love my wife and will do anything to get her back” 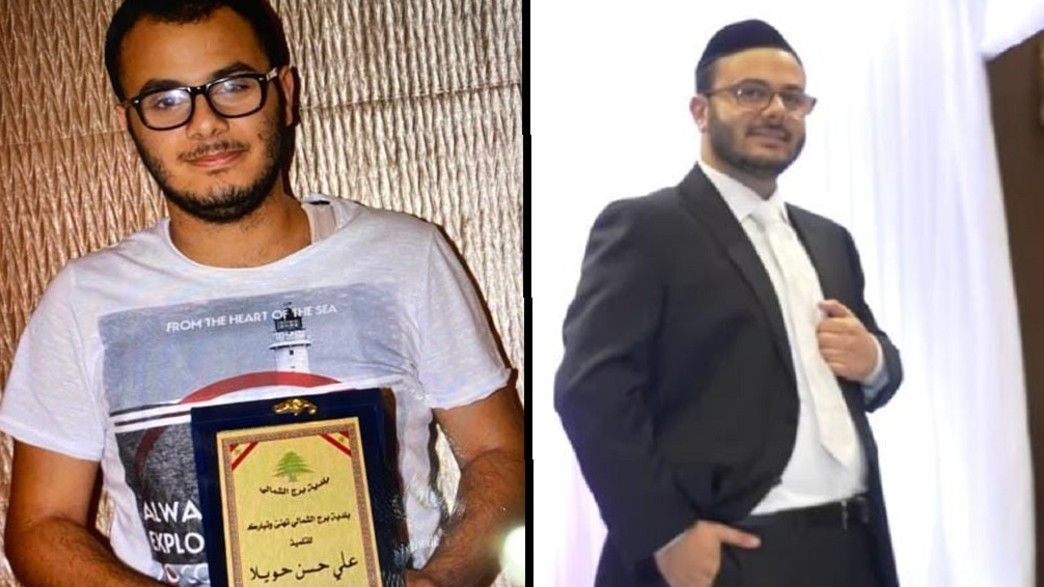 About a month ago, the Jewish community in the United States stormed after the publication of an impostor named Eliyahu Haliva, a young Lebanese resident of Texas who pretended to be an ultra-Orthodox and married a 19-year-old ultra-Orthodox young woman from New York.

Eliyahu Haliva, an ultra-Orthodox Jew and software engineer at a large computer company in New York, married about a month ago in all his glory with the choice of his heart, a 19-year-old ultra-Orthodox young woman, a special education teacher. The wedding took place in one of the glorious synagogues in Brooklyn, and no one suspected that Haliva, who looks like any average ultra-Orthodox person and whose name is Ali Hassan Haliva at all, is not who he is at all.

As he stood under the canopy with the choice of his heart, which did not know for a moment who really was the man standing beside her, Haliva’s heart once more powerful. For three years he hid from everyone, including his young fiancée, his great secret and being a Muslim of Lebanese descent who impersonated a Jew. Only after the rabbi smiled at him and signed him the $ 36,000 ketubah bill and finished performing the canopy ceremony – Haliva let out a sigh of relief.

“Until the last minute I was afraid that my secret would be revealed and that they would find out that I was a Muslim and not a Jew. None of the rabbis checked my past, asked about my parents and family, and they were sure I was one hundred percent Jewish,” Haliva said in a special interview with Mako. “My wife was also sure that I was 100% Jewish. But then, shortly after the wedding, everything exploded and my life was completely destroyed.”

Two weeks after the exciting canopy ceremony, Haliva went to work at the computer company, and his wife stayed at their house to arrange and prepare dinner for them. While Haliva was busy at work, his wife arranged his suitcase and was horrified to discover in one of the cells a Lebanese passport bearing his husband’s original name and photo, so she revealed his story, and was horrified to realize he had lied to her and her family for two months.

“I came home, I saw my wife crying and she was holding the passport in her hand. At that moment I told her everything. She hugged me and told me she loved me, forgave me for lying to her and suggested I go convert and we would continue to be together,” Haliva recalls. “A few minutes later her parents arrived, and the father threatened to break the door if I did not let him in. He cursed at me madly, so in the end I opened the door for him. I was really scared to confront him, and he said to me: ‘Ya piece of junk. Ya terrorist. “From me for what you did to my daughter and us. We will not forgive you all your life for the shame you have inflicted on us. Immediately after that he took his daughter when she was crying and disappeared with her.”

Haliva later realized that the bride’s parents had gone straight from there to file a complaint against him with the FBI, and also took care to blow up the affair in the Jewish media across the U.S. “My life was ruined at that moment; I was fired from my job and I was left with almost no money. The bride’s father and her family made me shimmy everywhere. They distributed pictures of me, the FBI arrested me and I was taken for questioning because my father-in-law claimed I was a Hezbollah terrorist. After a few hours the investigators believed my version and realized that I was not a terrorist at all. I admitted that I lied to my wife but it was not considered a crime so they released me, “says Haliva,” They offered me to sue her father, but I do not do such a thing because it is against the law. I’m not tormented.

Listen, you did a very serious thing anyway.
Haliva stutters and apologizes: “Let there be no doubt. I am guilty of everything that happened. I am guilty because I lied to my wife and everyone.”

Haliva was born 23 years ago in Lebanon to a Muslim family. His mother is originally from Beirut and his father is from the city of Zur. About five years ago he became interested in Judaism, tried to meet with the rabbi of the Jewish community in the city, and enter the Great Synagogue, but the soldiers and police forbade him. “There is a community of about 40 Jews in Lebanon at most and most of them do not identify as such. By and large, Muslims are not allowed to go to synagogues in the city because it is a government instruction, so I studied Hebrew alone at home. At one point I wanted to convert, but the Jewish community objected Hezbollah’s transplant. To my delight, my mother is an American citizen, so I got a passport and about three years ago I moved to the United States, “says Haliva.

He landed in Texas, and very quickly fulfilled his dream and blended into the local Jewish community. He studied at one of the largest universities in the area, impersonated an ultra-Orthodox Jew, connected with rabbis, and later upgraded his Hebrew and knowledge of the Torah. “My Hebrew is relatively good and the community received me well. I prayed in their synagogues without any problem, and a few months ago I met a young ultra-Orthodox community from New York, the daughter of parents from the Jewish-Syrian community,” he says.

“We met several times and I discovered a lovely girl,” he says candidly. “Her father did not like me from day one and he would call me ‘junk.’ She was nice to me, “Haliva recalled.

After a brief acquaintance, the love between the two blossomed, and about a month ago they decided to get married. “My wife made it clear to her parents that we were getting married at any cost and if they did not want to be present at our wedding it was their problem. In the end they came, but did not talk to me at all. They treated me like air. Even when we moved in together they did not help anything. “I have a lot more to say, but I do not want to slander,” says Haliva.

He said that before the Great Depression and the moment she found out he was impersonating, he and his wife had planned to have eight children. “During all that time, I did not think for a moment to tell her that I was a Muslim and that everything was a lie. I loved her very much and became attached to her with all my soul,” Haliva explains. “I was afraid of her reaction and that she would leave me. After the affair exploded, my father, who lives in Lebanon, severed ties with me and cursed me for marrying a Jewish woman. Only my mother and sister supported me.”

Since the revelation of the affair, he said, he has been in a difficult mental state and in a bad mood, but it turns out that he already has plans to continue. “I’m sure my wife still loves me and will wait for me,” says Haliva, even though senior U.S. rabbis have ordered the couple’s wedding to be canceled on the grounds that it was not done according to halakhah. I want to live in the country for six months and I have people to help me. I will do everything to get back to my wife, “Haliva surprises.

Do you think she’s waiting for you?
“I believe so. I love her and believe we will return. If you do not wait for me? What can I do. Just pray we unite again.”