Queen Letizia will inaugurate the Cervantes center in Dakar (Senegal) on Monday, December 13 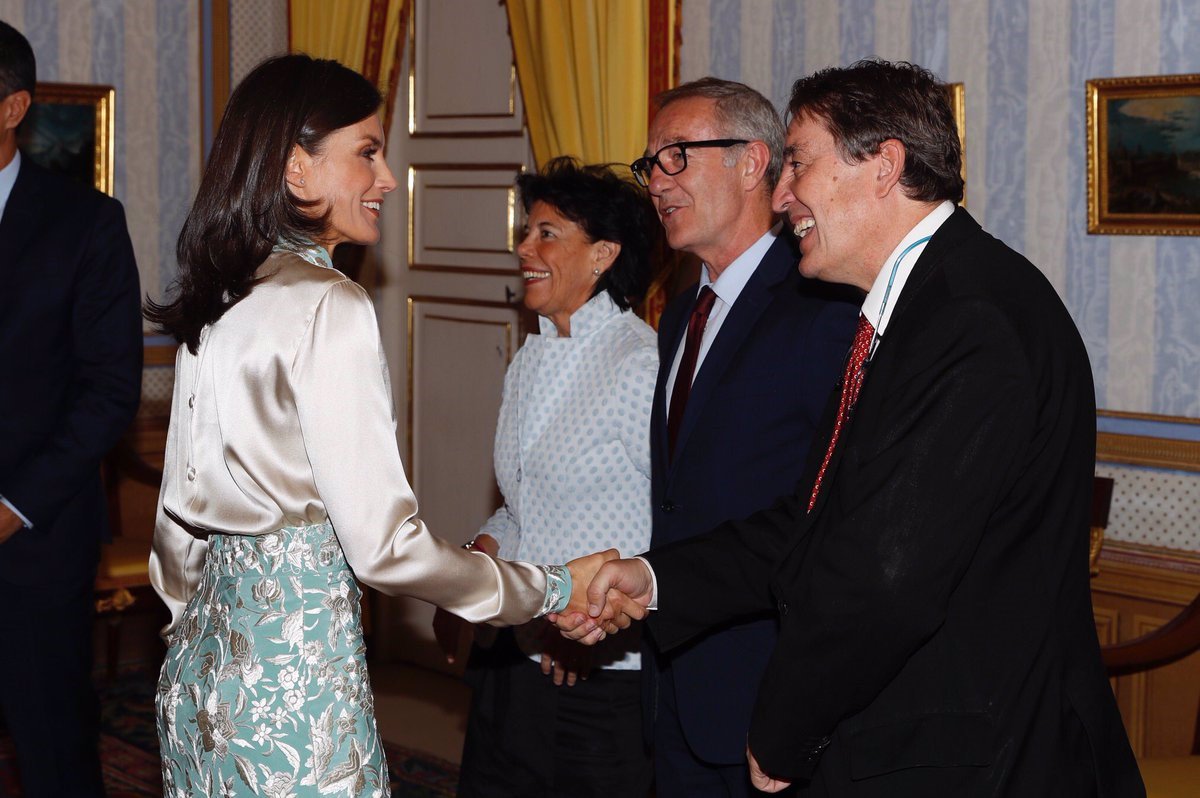 This December, the Queen will preside over two activities of the Instituto Cervantes: on the 13th, she will inaugurate the new center in Dakar (Senegal), the first to open in sub-Saharan Africa; and on the 20th, the Annual Directors Meeting to be held in San Sebastián (Guipúzcoa) will open for three days.

The presence of Doña Letizia at the official event in Dakar (the first inauguration of a Cervantes center since 2011, the date on which Hamburg, Germany was opened) “supposes an accolade to the Spanish language in the African subcontinent“, as highlighted by the institution chaired by Luis García Montero.

Almost two million people study Spanish in that area of ​​the African continent. “It supports the Institute’s commitment to having a physical presence in this strategic area and with great potential for economic growth“, they have indicated from the Cervantes.

The Minister of Culture, Miguel Iceta; the director of the Cervantes Institute, Luis García Montero, and the ambassador of Spain in Senegal, Olga Cabarga; in addition to Senegalese authorities.

The new center was born eleven years after the start-up (in 2010) of the Aula Cervantes in Dakar, which the Queen visited on December 12, 2017. The Aula, which has acted as the spearhead of the Instituto Cervantes in that country, will continue to operate.

In addition, the opening ceremony will feature two experts who will speak on the situation of Spanish in Africa and its growth prospects, as well as some musical performance. Next, the Queen will visit various units of the building, which has four classrooms, a library, a multipurpose room and several offices; and unveil a plaque.

Directed by Néstor Nongo NsalaBorn in the Democratic Republic of the Congo and nationalized Spanish, the Dakar Cervantes center occupies a 680-square-meter two-story building on a 1,500-meter plot. These open-air spaces will be able to host cultural, academic and leisure activities.

The President of the Government, Pedro Sánchez, visited the facilities on April 9, when it was still undergoing remodeling works. The center is located at 125 Cheikh Anta Diop avenue, very close to the Cheikh Anta Diop University (UCAD), which has a Spanish section in the Department of Romance Languages.

In addition to teaching Spanish classes to registered students and hosting events that disseminate the culture of Spain and Latin America, the center will also aim to help the more than 3,000 Spanish teachers in Senegal and collaborate with the educational system of the African country. to reinforce the weight of Spanish.

On the other hand, la Reina will inaugurate on December 20 in San Sebastián the Annual Meeting of Directors of Cervantes, which takes place for the first time in the Basque Country. The meeting of the heads of the institution –both in Spain and in centers around the world– will last three days, until December 22.

A guest of these sessions will be the actress Ángela Molina, who will deliver a personal legacy to Luis García Montero to be deposited in the Caja de las Letras at the Cervantes headquarters in Madrid.

This type of annual sessions have been organized since 2005 in different cities in Spain, although this is the second time that it has been held in a community with a co-official language. The last work meeting of the directors of Cervantes was held in the summer of 2019. Last year it could not be organized in person due to the health situation.