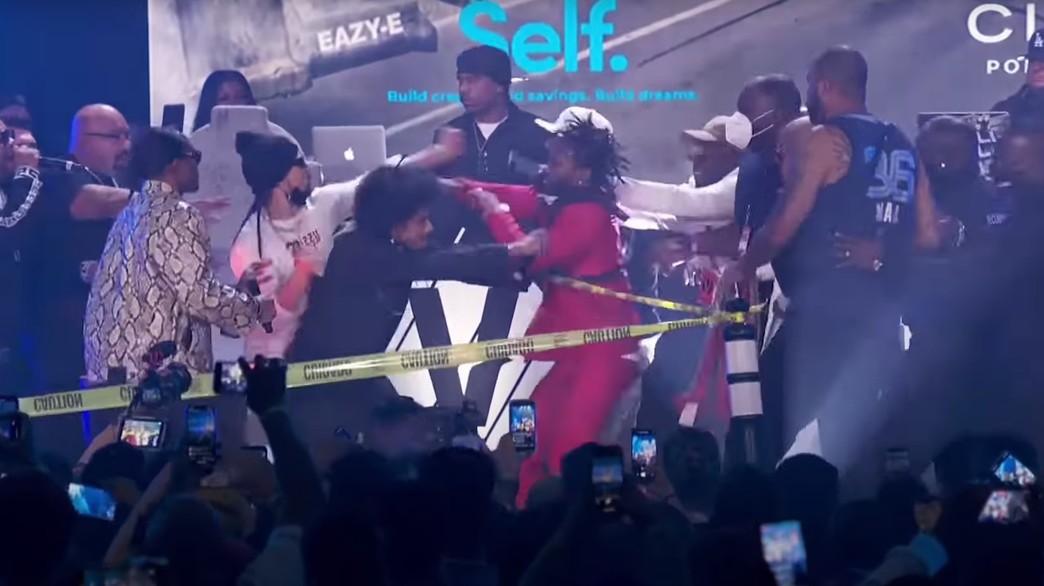 What happens when the two veteran hip hop bands organize a “hit against hit” competition? Lots, probably. Just before the appearance of Three 6 Mafia and Bone Thugs-N-Harmony began, an exchange led to a mass brawl on stage that interrupted the broadcast.

One of the hottest trends that developed during the Corona era was the VERZUZ battles: rappers meet and do hit-hit competition. Lately it has been evolving into joint shows and this past weekend there was one such Los Angeles band of two veteran hip hop bands Three 6 Mafia and Bone Thugs-N-Harmony. It’s just a shame that before the event even started a huge brawl developed on stage.

“Hey Yo, even before we even start, you ugly bastards are not going to get down on me while I’m on stage,” said Bizzy Bone from the Bone band, “Okay? So calm down, damn it.” Juicy J, from Mafia, answered him without thinking twice: “Suck my ***.” At that moment objects began to be thrown on the stage until all the members of the ensembles pushed each other and created a commotion on the stage that interrupted the broadcast following a “technical malfunction”.

When the broadcast came back Bizzy Bone apologized and said, “I want to apologize to everyone, let’s continue the party,” and from that moment on everyone acted as if the incident did not happen. Pat Joe hosted the evening and hosted hip hop legends like Lil Wayne, Lil John, Chameleon and more. At the end of the show, everyone approached the stage to convey a uniform message of brotherhood. Apparently they should have gotten there the long way.