Antonio Garrido: “If I had powers, I would remove some leaders from the middle.” 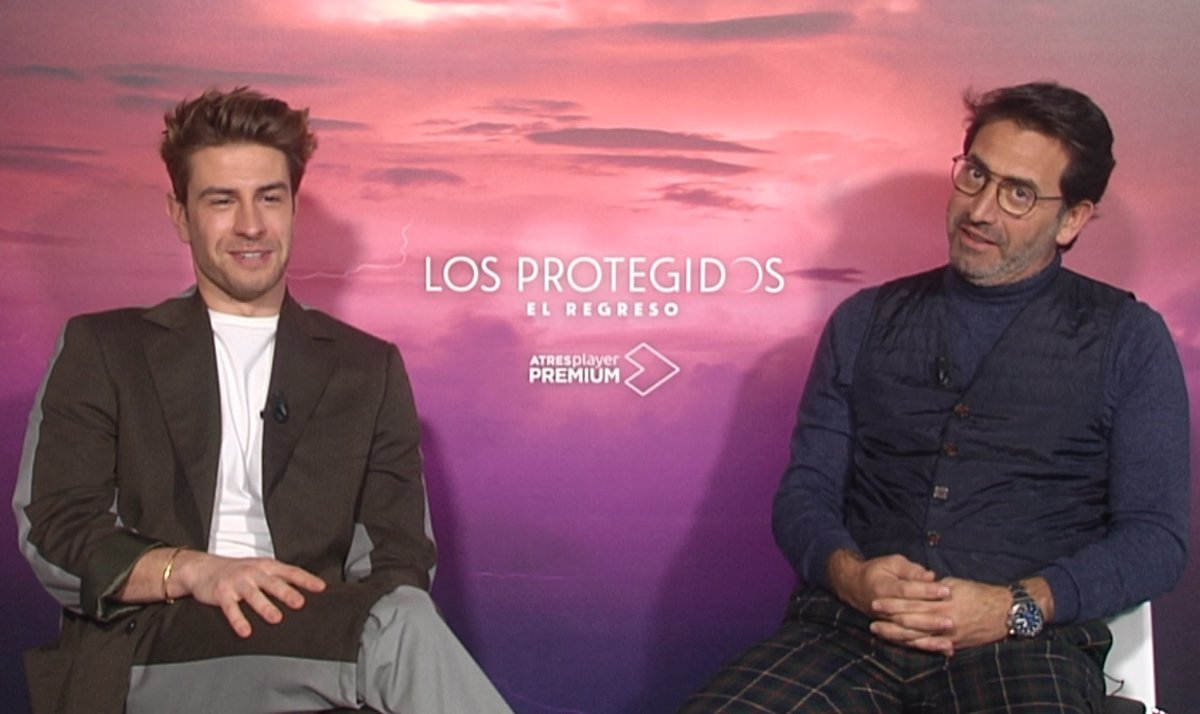 This Wednesday, December 8, Antena 3 premieres the first chapter of ‘The Protected: The Return’, continuation of the series that the Atresmedia chain aired between 2010 and 2012. Antonio Garrido returns to give life to Mario Montero, patriarch of the peculiar family with superpowers formed by Sandra (Ana Fernández), Culebra (Luis Fernandez), Lucas (Mario Marzo), Lucy (Maggie García) and Carlos (Daniel Aviles).

‘The Protected: The Return’, whose first installment is already available in Atresplayer Premium, picks up the story 10 years after the end of the original series. The protagonists are separated, but a serious threat forces them to reunite and become a family again. The story, which conquered the youth audience and reached a 35% share in viewers aged 4 to 13, returns to emphasize the importance of the family in the midst of the coronavirus pandemic.

“I thought that the pandemic was going to bring something positive out of the human race and that we were going to be better, and then it has not been that way at all. We are missing a unique opportunity. What is worth more is time and time is to be with your loved ones. We forget many times “, emphasizes Garrido in an interview with Europa Press. “If I had superpowers I would remove a few leaders“, jokes the interpreter in relation to the current situation.

“People are very fond of the series, it is not only because of the series itself or the content, but what it meant to people at that time. It is a very familiar series. Whenever someone stops me on the street they tell me ‘How fond I have for the series because my brothers, my parents, my grandparents used to get together to watch it. We all saw it ‘“, says Mario Marzo.

The fiction brought together a large group of loyal followers and in its last episode it scored a 14% audience share. “We have the best fans in the history of television. Since it ended they have insisted“says Luis Fernández.” We ended up with three million viewers. It was not a series that went under and four wanted it to return. We went to the top, “recalls Ana Fernández.”All those people who have grown up, many of them were children and adolescents, wanted to see more adventures of this family“, adds the actress.

‘The Protected: The return’ maintains the essence of its predecessor, but has taken a 180-degree turn visually. “The audiovisual language has changed a lot. We have evolved a lot and the new chapters have much more rhythm, much more force. Photography is more aggressive“, says Garrido.” We were pioneers in making a series with effects, “he adds.” It is a series recorded in 2021 to 2021, “says Marzo, who recalls that ‘Los protected’ was the first series worldwide that he shot. a chapter in 3D.

“It is a series that is easy to see. The bill and the powers are very good,” says Luis Fernández. Óscar Ladoire, Eduardo Lloveras, Gracia Olayo and Cosette Silguero complete the cast. ‘The Protected: The Return’ arrive at Antena 3 this Wednesday, December 8. That same day, the first two chapters can be seen on ATRESplayer PREMIUM.