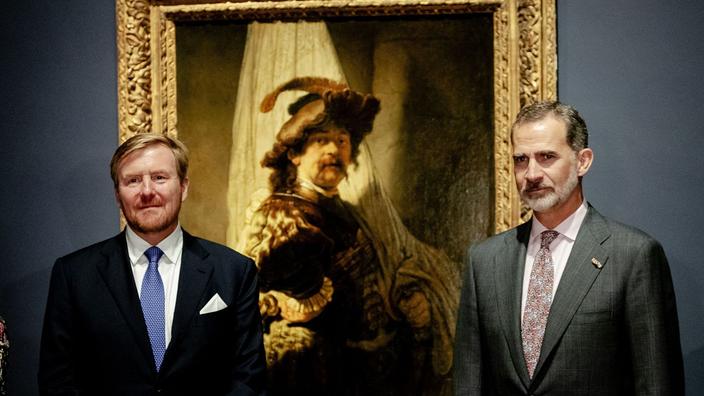 Classified “national treasure”, the painting could be bought by the Dutch state ready to pay 150 million euros.

Paris announced on Tuesday that the work, classified “national treasureIn France and estimated at 165 million euros, was going to be able to be put back on the art market, the French State having finally given up on its acquisition. “the Standard bearer is one of Rembrandt’s absolute masterpieces and is inextricably linked with the history of the NetherlandsThe Dutch Ministry of Culture said in a statement. “For centuries the masterpiece has been in private possession, notably by the King of England and since 1844 by the De Rothschild family», He continued. “Now is the opportunity to acquire a last Rembrandt of this caliber“, he added.

This painting, a self-portrait painted in 1636 at the age of 30 by the Dutch painter, belongs to private owners, members of the Rothschild family, who wish to sell it.

Read alsoCut in 1715, The Night Watch of Rembrandt regains its integrity through research

The purchase, which has yet to be cleared by the Dutch Parliament, will be a combination of public and private funding. The Rembrandt Association will contribute 15 million euros and the Rijksmuseum Fund 10 million euros. “After a journey of several centuries, the Standard bearer now go home for good», Rejoiced the Dutch Minister of Culture, Ingrid van Engelshoven, quoted in the press release.

«For generations, we have dreamed of bringing back the Standard bearer in our countrySaid Taco Dibbits, director of the Rijksmuseum Amsterdam, which houses 22 of Rembrandt’s 340 or so paintings. “The quality and the fact that this painting marks Rembrandt’s artistic breakthrough makes it an unparalleled work of the master.Added Mr. Dibbits.