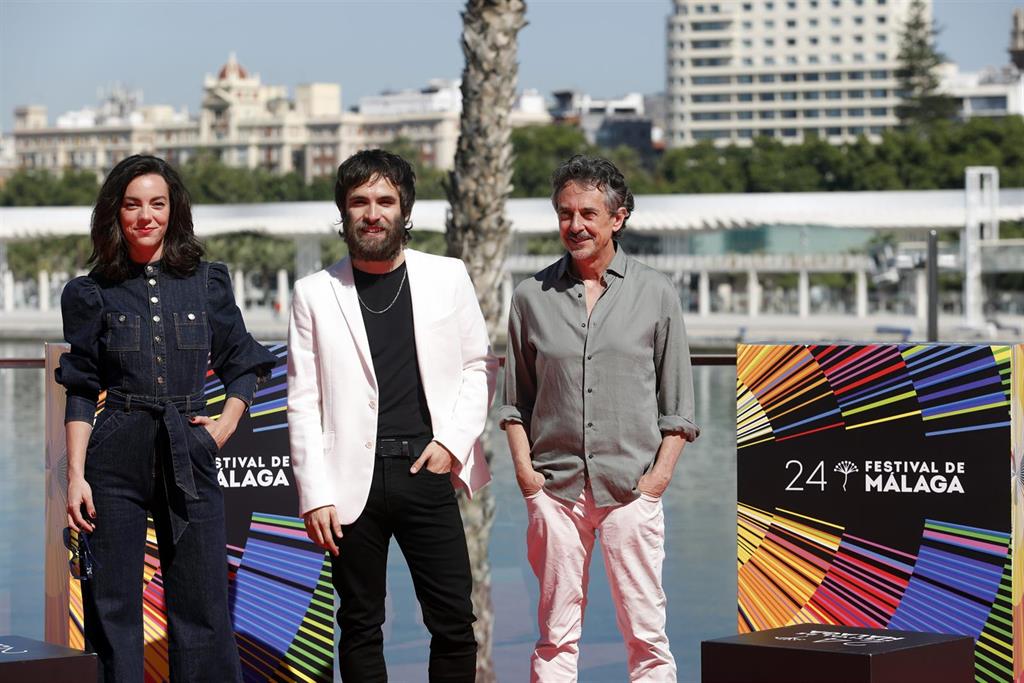 Ricardo Gómez, Vicky Luengo and Pere Ponce star in Óscar Aibar’s film, which competes in the official section of the contest

Óscar Aibar presented the film ‘El substitute’ this Monday within the framework of the Malaga Film Festival. The feature film, set in Denia in the 80s, offers a portrait of the Nazi presence in the early 80s in Spain and the historical repetition with the rise of fascism in recent years.

1982. Andrés Expósito (Ricardo Gómez), a young police officer hardened in the harshest neighborhoods of Madrid, accepts a destination in a seaside town with the hope of curing his daughter and, incidentally, gaining some peace of mind. Once there, he is involved in the investigation of the strange murder of the inspector whom he has to replace. The investigations will take you to a beach hotel where a community of elderly Nazis, claimed by many countries for crimes against humanity, lives a heavenly and happy retreat.

The team has participated in a press conference to present the film. The director Óscar Aibar has done it virtually for health reasons, but the interpreters Ricardo Gómez, Vicky Luengo, Pere Ponce and the producer Gerardo Herrero have been present. The film denounces the permanence of fascism in society and “how history repeats itself when two or three generations pass,” explained Óscar Aibar.

The tape arises from a photograph that the director found in a restaurant in Denia in which some uniformed men with Nazi symbols appeared. This motivated the director to investigate the possible connections between the Franco regime and German Nazism. “I began to investigate those relations that Spain had with the Nazis, even in the 1980s.“

At the press conference, the director explained that telling this story through cinema is “a dream”. “It is something so little told, that I felt the need to show that connection that existed between the Nazis and Spain,” he reiterated.

The director has recognized that the script is a “speculation” of what really could happen, in reference to the real estate business in which many Germans took refuge when they came to Spain and specifically to the Levantine coast. The context, 1982, takes on an important meaning in history because, already in democracy and with the victory that year of Felipe González, “there were still traces of the Franco regime.“

The director used different symbols to contextualize the 80s and has recognized that it was “very difficult” to recreate the decade. “The 80s seem close, but finding the elements that recreate them has been very difficult.” Aibar has also valued the role of the actors in this context work.

For his part, actor Ricardo Gómez has been very happy to have worked with Aibar on this project. “It was great to meet him again. He told me that he wrote the script with me in mind and that he wanted me to be the first to read it.” Regarding the character he embodies, that of Andrés Expósito, the interpreter has indicated that what they wanted to convey was a kind of “secrecy” that would hide the wounds of an apparently tough policeman, “but with great sensitivity and empathy for the pain of others” –

Actor Pere Ponce, who has worked with Aibar since his first short films, has acknowledged that Colombo’s character is “a gift” that the director has given him. “He is a special type, who suffers and has difficulties because of being in a very conflictive environment and finds a partner who will support him.“

On the other hand, Vicky Gómez recalled that her first film work was carried out by Óscar Aibar in a short film and explained that her character was built to be “an independent and very advanced woman for the time.“

Finally, the director wanted to highlight the important political content of the film and made reference to the final phrase that appears on the screen, extracted from the book ‘The disappearance of Josef Mengele’, by the author Oliver Guez. “Every two or three generations, memory dissolves and the massacres and atrocities of fascism are forgotten. It seems that everything has been forgotten,” he concluded.