“The Luc Besson affair is not over,” promises the lawyer for his accuser 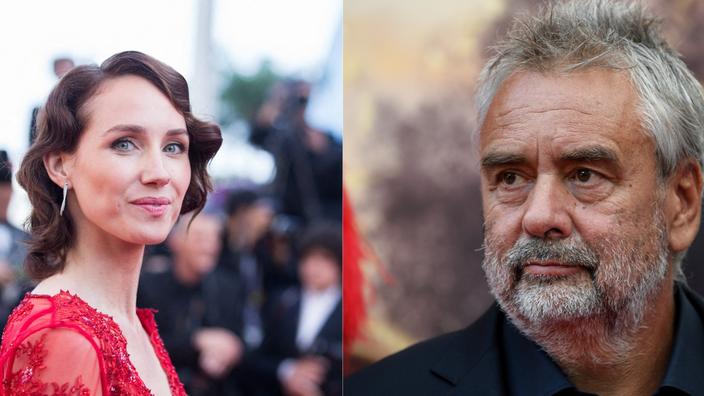 Following a dismissal order in the Sand Van Roy case against Luc Besson, the actress’ lawyer says that he will appeal and that he will go to the end.

The lawyer for actress Sand Van Roy at the origin of the rape accusations against Luc Besson which were the subject of a dismissal order Thursday, Me Francis Szpiner, told AFP that he would do so. call and that “The Besson affair is not over”.

“We will go to the end, including the European Court of Human Rights”, said Me Szpiner, requested by AFP. A Parisian examining magistrate on Thursday pronounced a dismissal in favor of the filmmaker Luc Besson, accused for three years of “rape»By actress Sand Van Roy in an emblematic issue of the #MeToo era.

“Of course, this decision is not a surprise, and of course we will appeal”, insisted the lawyer. “From the outset, the examining magistrate considered that Mr. Besson was not guilty of anything, and she placed him under the status of assisted witness. Then, having made a no-instruction, it was obvious that she was not going to change her mind.“, he added.

“I salute the performance of this judge who will have achieved the feat of never having wanted to meet the complainant, or even to collect her explanations on the statements of the one she accuses, which shows that the path for the cause of women is long ”, continued the lawyer.

Read alsoLuc Besson answers Sand Van Roy: “I have never raped a woman in my life”

The investigating judge “Never wanted to organize what any complainant is at least entitled to expect, that is to say a confrontation, and to justify that she did not make a confrontation, she says that there had one in the police station, where no question was asked specifically about the acts of rape that she denounces ”, denounced the advice of the Belgian-Dutch actress.

The lawyer confirmed to AFP that the “fourteen” requests for investigative acts that he had formulated were rejected by the investigative chamber of the Paris Court of Appeal. For his part, the filmmaker’s lawyer, Me Thierry Marembert welcomed the dismissal “who finally clears Luc Besson of the accusations from which he has defended himself from the start ”.