Eiza González presents Spirit – Indomable: “It is a pride to be able to represent my Mexican roots in such a positive way” 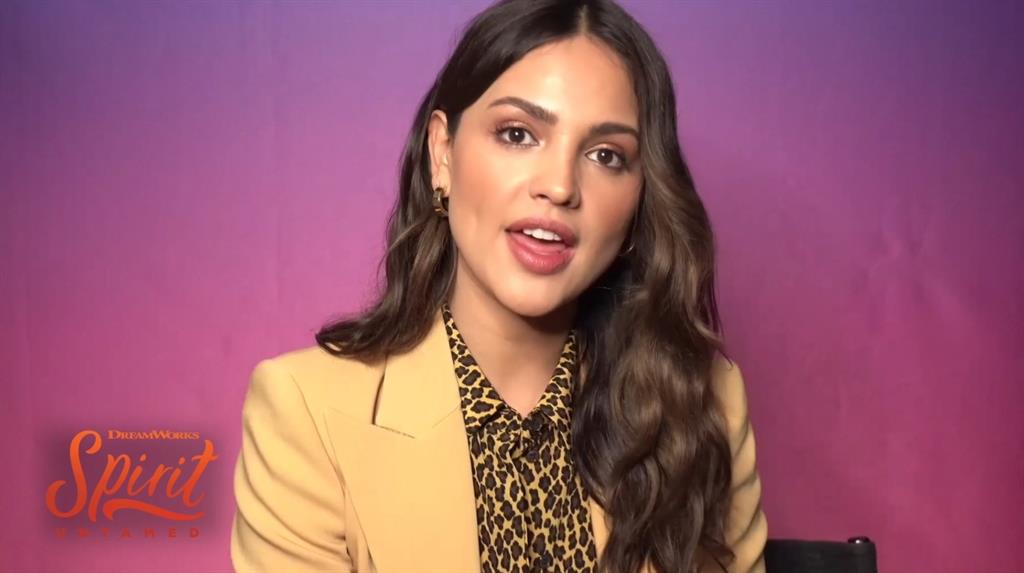 Mexican actress and singer Eiza Gonzalez participate in the animated film ‘Spirit – Indomable’, directed by Elaine Bogan. The film is the new chapter in the DreamWorks Animation saga that began with the film. ‘Spirit, the untamed steed’, nominated for the 2002 Oscar and featuring its own Emmy-winning television series. The film opens in Spanish cinemas this Friday, June 25.

“An unforgettable experienceThis is how Eiza describes her collaboration with DreamWorks in ‘Spirit – Indomable’, where she voices an animated character for the first time in her acting career. “A lot of things in the movie had a lot of personal connections for me. I feel very proud and, in addition to being able to sing in the project, making a movie where they speak my native language is also very important to me“, relates the interpreter in an interview granted to Europa Press.

The respect for freedom, the relationship with nature, believing in oneself … ‘Spirit – Indomitable’ has many positive messages and that was one of the reasons why the actress wanted to participate in the film. But if there’s one thing Eiza is truly proud of, it’s being Mexican. “Very rarely do we have the opportunity to see Mexican culture reflected in such a positive and beautiful way.. It is inspiring. Something that always defines us as human beings are our roots. To be able to represent my roots like this … I feel very happy to be part of a project like this“he says.

‘Spirit – Indomable’ is the epic adventure of Fortu Prescott, an adventurous girl looking for a place to call home. Like his mother, Fortu is not exactly a fan of rules and restrictions, which has caused her Aunt Cora all kinds of headaches. Fortu has grown up on the East Coast of the United States under the tutelage of her aunt, but after forcing the situation with countless dangerous escapades, Cora takes matters into her own hands and decides that they both move to live with her brother Jim, the father of the girl. young lady. His destination, Miradero, is a sleepy little town that does not exactly conquer Fortu.

But his life changes when he meets Spirit, a wild Mustang, with whom he shares his independent spirit and in which he will find his soul mate. When a ruthless cowboy and his team plan to capture Spirit and his herd to auction them off and sentence them to a life of captivity and hard work, Fortu and her friends embark on the adventure of their lives to rescue the horse that has taught them the value of freedom and given their existence meaning. Spirit has helped her discover a connection she never imagined to her mother’s legacy and her Mexican roots.

Eiza González felt very identified with the character of Fortu Prescott, her daughter in the film and to whom the actress Isabela Merced lends her voice. “That relationship between mother and daughter is very special. I identified a lot because my mother and I are like that, very close.. Playing a mother is something very interesting as a woman, although I still am not. My whole life was reflected … my parents and my family, moving forward and believing in myself “, concludes the beautiful Mexican, who hopes that the film will be an inspiration for children to pursue their dreams.