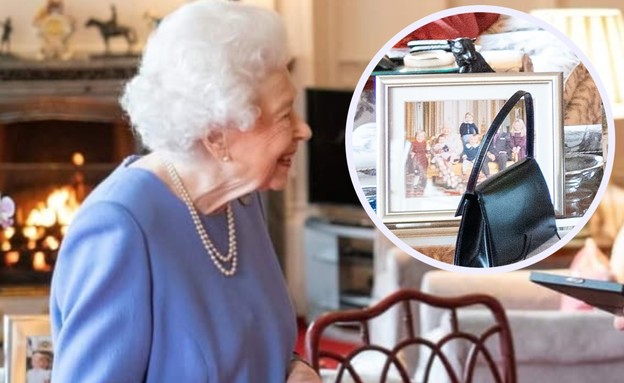 The royal family has quite a few ardent fans all over the world, who pay attention to every new piece of information that comes their way indirectly. When Queen Elizabeth presented a medal of honor to British musician Thomas Trotter, quite a few family lovers took advantage of the exciting moment to get excited about something completely different – a family photo that has yet to be revealed of Elizabeth and her sweet grandchildren.

The exciting event took place at Buckingham Palace, during which the esteemed musician won the Medal of Honor from the 95-year-old Queen. While he was thrilled by the prestigious award he received, millions of fans from all over the world were thrilled by a small, framed picture that appeared on the Queen’s table – a family picture that has yet to be revealed to the general public.

Fans took note, however, of the 95-year-old Queen Elizabeth’s wide smile in the photo as she holds Princess Charlotte on her lap https://t.co/mZcAq1T2dg

The picture shows Queen Elizabeth with her late husband, Prince Philip. On the Queen’s knees sits the daughter (then the baby) of Prince William and Kate Middleton, Princess Charlotte, and next to them their eldest son, Prince George. Apart from them in the picture also appeared the daughters of Peter Phillips (Queen Elizabeth’s first granddaughter), Savannah and Isla, and Zara Tindel’s eldest daughter, Mia.

According to the People website, this is a photo taken at the end of 2016, when Princess Charlotte was only 18 months old. The rest of the princes and princesses were young children aged two to six, and we totally put the new image screensaver on the computer.