‘First they exterminate the birds’, the novel about Nature chasing man from the Earth 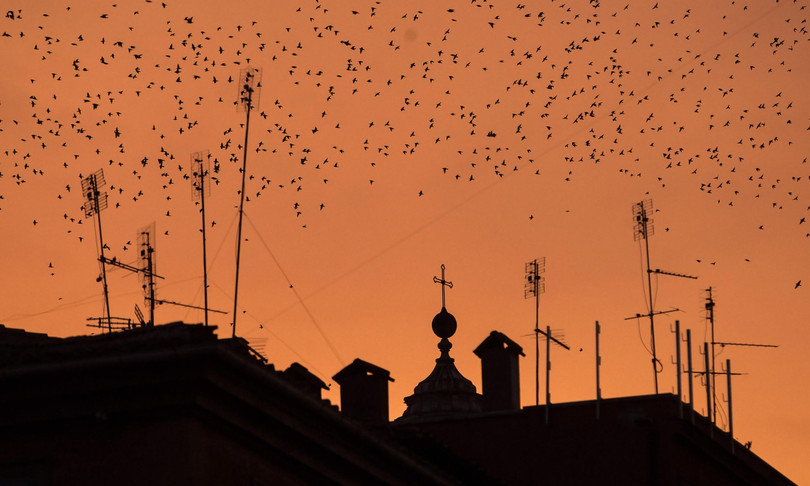 – Let’s press the ‘speed accelerator’ button of climate change, which has been so savored for decades that we have recently noticed liquefied glaciers. And here we are sucked into the voracious ‘First we exterminated the birds’, the novel signed by Francesco De Filippo, in a specific year, 2035, in a specific place, Trieste, the day in which everything becomes indeterminate and lost, when it is not man who begins to bother Nature but the opposite.

“Nature at the same time begins to rebel against men, all animals were against us indiscriminately and continuously, every species attacked us at any time of day and night and we did not have suitable weapons to defend ourselves”.

It’s a war then, but a strange war, where men and women defend themselves in every way, with guns, with cunning, with despair, exterminating fish, rats, insects, chickens, birds. But the more they defend themselves, the closer they get to their end, because those angry beasts are essential to their life and because Nature is men and animals mixed together, it is not possible to deploy them in two armies facing each other, there is no morality that does not foresee a contamination.

Supermarkets are emptied, public offices are abandoned, the “fear of being there without understanding”, without showing off the greater human presumption that led to the illusion of control over everything, it is worse than the fear of dying. Until almost brutally the reader is thrown into the ‘Second Part – Before Us’, year 30,000 BC on the planet of Taor where, after years of conflict, “responsible and honest governments” alternate and all drives, envy, anger, jealousy.

The narcosis of emotions is the price paid for a more just society. But something cruel also happens in this ‘respectable’ land: a wave of radiation spreads an abnormality of the fetuses of pregnant women. Both the first part runs at breakneck speed in the pen of De Filippo, so much the second makes its way in slow circles, through characters steeped in philosophy, towards an ending that brings the tape of history back to the beginning, ready to accelerate again.