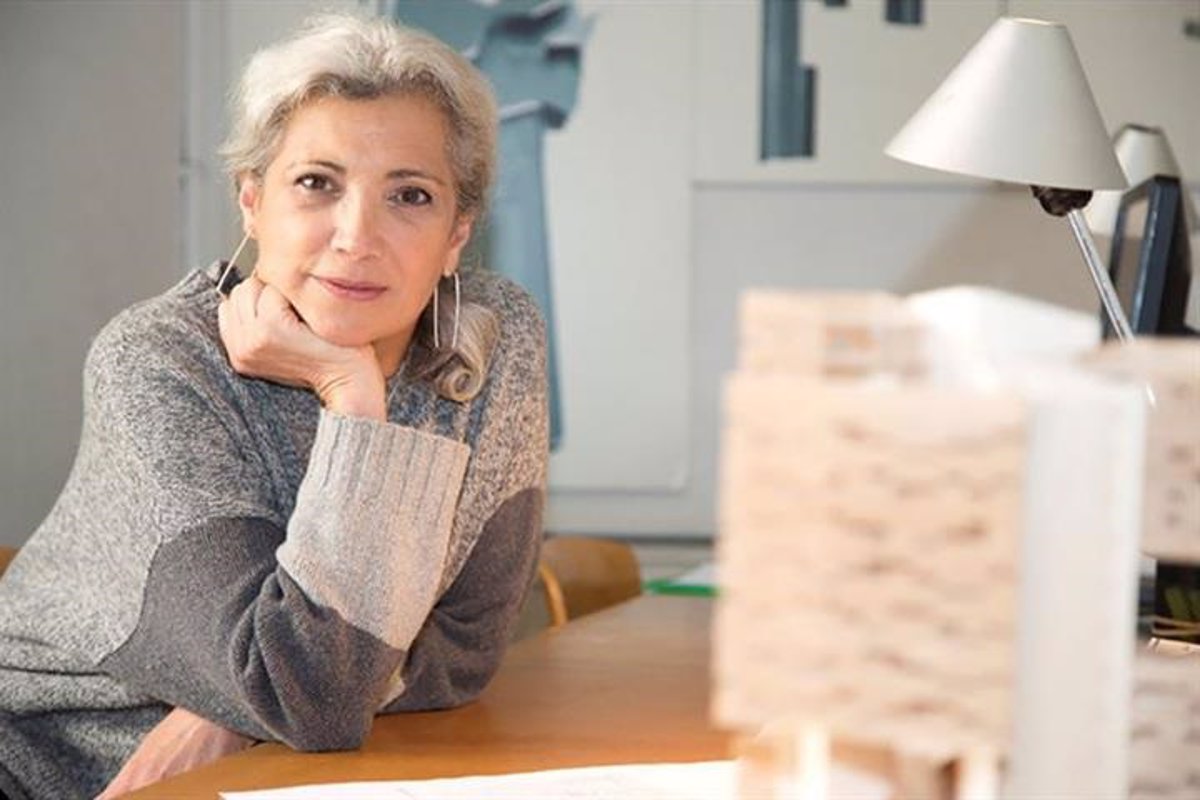 The jury of National Architecture Award 2021, promoted by the Ministry of Transport, Mobility and Urban Agenda, has granted this distinction to Carme Pinós. It is the highest award given in Spain in the field of architecture.

This award, which has more than ninety years of history, is intended to render admiring testimony to a natural person or entity with legal personality who, with their work or With the whole of your work, you contribute or have contributed in an extraordinary way to the enrichment of the social, technological and sustainable aspects of Spanish architecture or urban planning within and outside the Spanish borders.

The National Architecture Prize, endowed with 60,000 euros, is awarded on the proposal of a jury made up of outstanding professionals, under the honorary presidency of the head of the department, Raquel Sánchez.

When proposing the award to Carme Pinós, the jury highlights “the solidity of its trajectory, being at the same time prolific and of excellence, always impregnated by a great creative power “.”A creative process that runs through the entire architectural work, culminating in an outstanding execution of the project“, added the ruling.

Likewise, the jury emphasizes the social responsibility and sustainability pursued in its projects and makes mention of its “transversality as a professional, promoting the dialogue of architecture with other disciplines and demonstrating a great informative capacity both inside and outside the Spanish borders.”

The candidacy of the architect, at the proposal of the Royal Academy of Fine Arts of San Fernando, the Arquia Foundation, the ETSA of Valencia and the Higher Council of Colleges of Architects of Spain (CSCAE), was chosen by the jury.

After a joint stage with Enric Miralles, with whom he achieved international recognition with projects such as the Igualada Park-Cemetery or the Olympic facilities for Archery in Barcelona, ​​in 1991 he established his own architecture studio addressing a range of projects ranging from urban reforms and public works to furniture design.

His projects from his solo stage include the reform and expansion of the Hotel Son Brull in Mallorca, the MPavilion 2018 in Melbourne, Australia, the complex in the historic center of Barcelona that includes the Plaza de la Gardunya, the Massana School of Art and the rear façade of the Boquería Market; the Caixaforum Zaragoza Cultural Center, the Department Building on the WU Campus in Vienna, the Delegation of the Generalitat of Catalonia in Tortosa, the Cube I and Cube II Office Towers in Guadalajara, Mexico, the Petrer pedestrian walkway, the Promenade Torrevieja or the Home School in Morella.

She has received numerous awards and mentions, including the 2017 International French Award for Women Architects – ARVHA, the 2017 ArpaFIL Award from the Guadalajara International Book Fair.

In 2015, she was awarded the Creu de Sant Jordi, and in 2012 she was named an International Fellow of the Royal Institute of British Architects, and in 2011, an Honorary Member of the American Institute of Architects. His work is present in prominent museum collections, including the permanent collections of the Center Pompidou in Paris or the New York MOMA.

In 2018 her work was exhibited at the Biennale Architettura di Venezia and in February 2021 the ICO Foundation in Madrid inaugurated the monographic exhibition ‘Carme Pinós – Escenarios para la vida’, which included 88 outstanding projects from her professional career.