Vicente Fernandez, the impetuous “Sinatra of the mariachi”, dies at 81 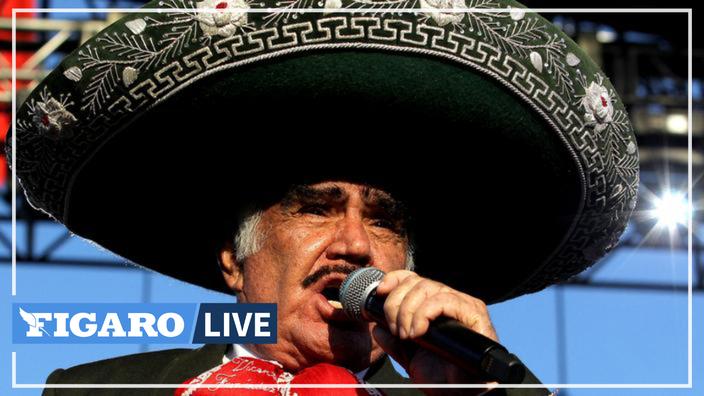 Macho assumed and adored with the 70 million records sold, the “King of ranchera music” had spent nearly five months in hospital following “A domestic accident”.

The king has given his last breath. Undisputed star of mariachi orchestras and Mexican folk song, Vicente Fernandez died Sunday, the day of the pilgrimage to the Virgin of Guadalupe, the patron saint of the country. The sombreros and romance crooner that rocked party nights and generations of broken hearts from Mexico to Argentina died at age 81 in a hospital in Guadalajara, the country’s second largest city, his family said on Instagram.

The absolute master of rancheras, songs about the torments of love with several guitars and inevitable trumpets, had been hospitalized since a fall in early August in his ranch near Guadalajara, capital of the state of Jalisco, cradle of tequila and stronghold of the most dangerous cartel in the drug in activity. The sentimental and macho interpreter assumed to By your damn love (For your cursed love) and very bittersweet That it goes beautiful to you (I wish you the best) has sold 70 million records in a fifty-year career spanning three Grammys and nine Latin Grammys.

Icon of a Mexico all in shadows and lights, refined and violent, Chente – as the singer was nicknamed – had known the drama of a lifetime while on tour in 1998 when his son Vicente Fernandez Jr was kidnapped for 121 days against a ransom demand of $ 10 million by a criminal gang who cut him off two fingers. One of his other sons would have been the friend of a capo of the Sinaloa cartel, according to the Argentinian journalist Olga Wornat who has just published a biography not authorized by the family, The last king (The last king).

With his boots, sideburns, thick eyebrows and mustache, the “Sinatra of ranchera music” – as the American newspaper called it The Houston Chronicle in 1991 – hated fiercely one of his rivals who died in 2016, Juan Gabriel, “Because he was gay and Chente was a man from another era ”, adds Olga Wornat.

Very symbolically, Fernandez bows out on the day when tens of thousands of pilgrims converge on the Sanctuary of the Virgin of Guadalupe in Mexico City, the source of inspiration for the Mariachi orchestras. And the day a Guadalajara football club, Atlas, will try to win their first title in decades on Sunday night. Among other multiple initial reactions, President Andres Manuel Lopez Obrador greeted a “symbol of music will ranch of our time, known and recognized in Mexico and abroad».