The new picture of William and Kate revealed a surprising detail 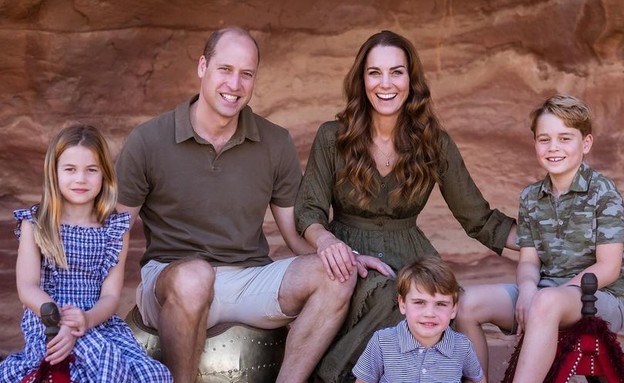 Aside from carrying out all of their royal commitments, Prince William and Kate Middleton are making quite a bit of lives. The beloved royal couple in the UK are raising three children to glory together, and provide much satisfaction to the royal family and its fans from all over the world. Now that they have released their annual Christmas letter, their latest holiday destination has been revealed.

At the end of October we told you about the family vacation that William, Kate and the kids went on. The sweet family was photographed at the entrance to London Heathrow Airport laden with luggage and equipment, and together with one nanny they boarded a flight to an unknown destination. Now, thanks to the Royal Family’s annual blessing letter – the hot destination they chose has been revealed.

William and Kate were photographed against a background of stone in shades of brown-orange-red, just like we have here in the mountains of Eilat. After a quick inquiry we found out that the royal family did indeed photograph the greeting card on their recent vacation in Jordan, a destination they both know particularly well: Kate lived in Jordan for about two years as a child when her father was a pilot, and William was in Jordan somewhere in 2018 when he paid a special visit to the Middle East.

The sweet image is added to quite a few Christmas letters that William and Kate have published over the years, and this year too they added a short message to the letter. “We are happy to share a new photo of the family, which appears on this year’s Christmas card,” they wrote on their Instagram page, and in response from Kensington Palace it was reported: “The Duke and Duchess of Cambridge shared a new photo of their family.