“Could not resist”: The horse urinated on the anchor during a live interview 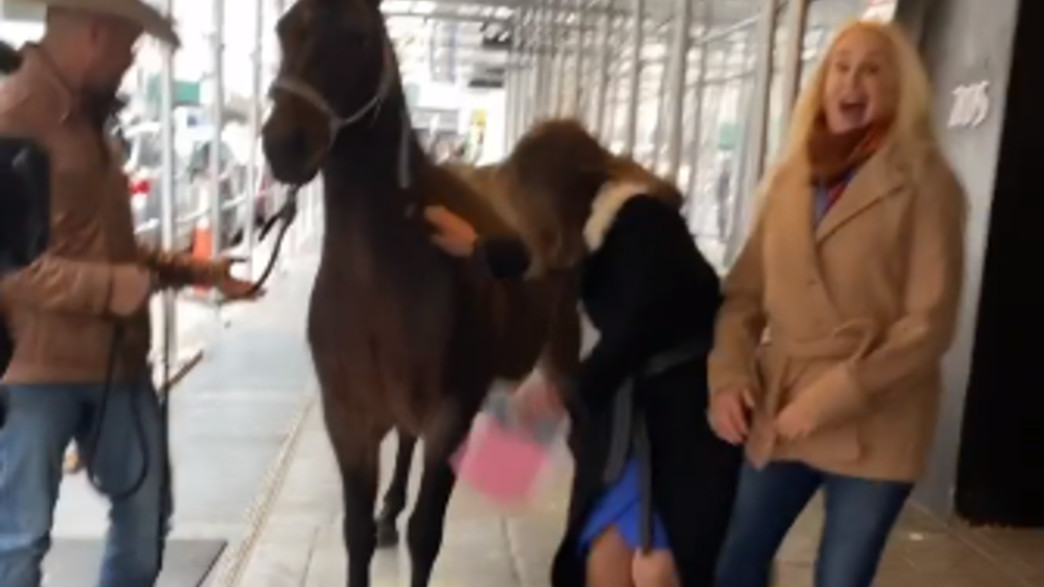 Rosanna Scotto, a longtime news anchor for Fox in New York, did not expect an interview on National Horse Day to end in this incident – towards the end of the live broadcast, the mare standing next to Scotto began pouring water on her. “Suddenly I heard a stream of water,” she repeated, “I ran so fast”

With a journalistic career that began in the 1980s and a regular morning show on Fox Network in New York, Rosanna Scotto is probably used to being a familiar person – but not in these circumstances: Decided to pour her water on her.

Scotto, who herself uploaded the documentation to her Instagram video, filmed the corner outside the show studios in Manhattan. She interviewed animal rights activist Menda Climinian – who is currently releasing a new book and came to the air along with her mare, called Philae, for National Horse Day. Only then, in front of the cameras, was Fillet responsible for a surprising turnaround.

“It was almost timed, in housing when the live broadcast was about to end,” sources in the production told the American gossip section Page Six, “Fillet decided to release, and that made Rosanna jump in at the right moment.” “It was very funny,” Scotto admitted, “it could have ended in catastrophe. I was finishing the corner when I suddenly heard a stream of water lying on the floor. Fillet could not resist.” “I ran so fast,” she recalled, “I wore beige stiletto heels – and luckily they were saved thanks to my quick response. It only ended in a small stain on the leg.” Later, in a video she uploaded to her Instagram, Scotto asked her followers: “Isn’t it considered good luck when a horse pees on you?”.