‘Tosca’, a “movie” thriller to close the Teatro Real season 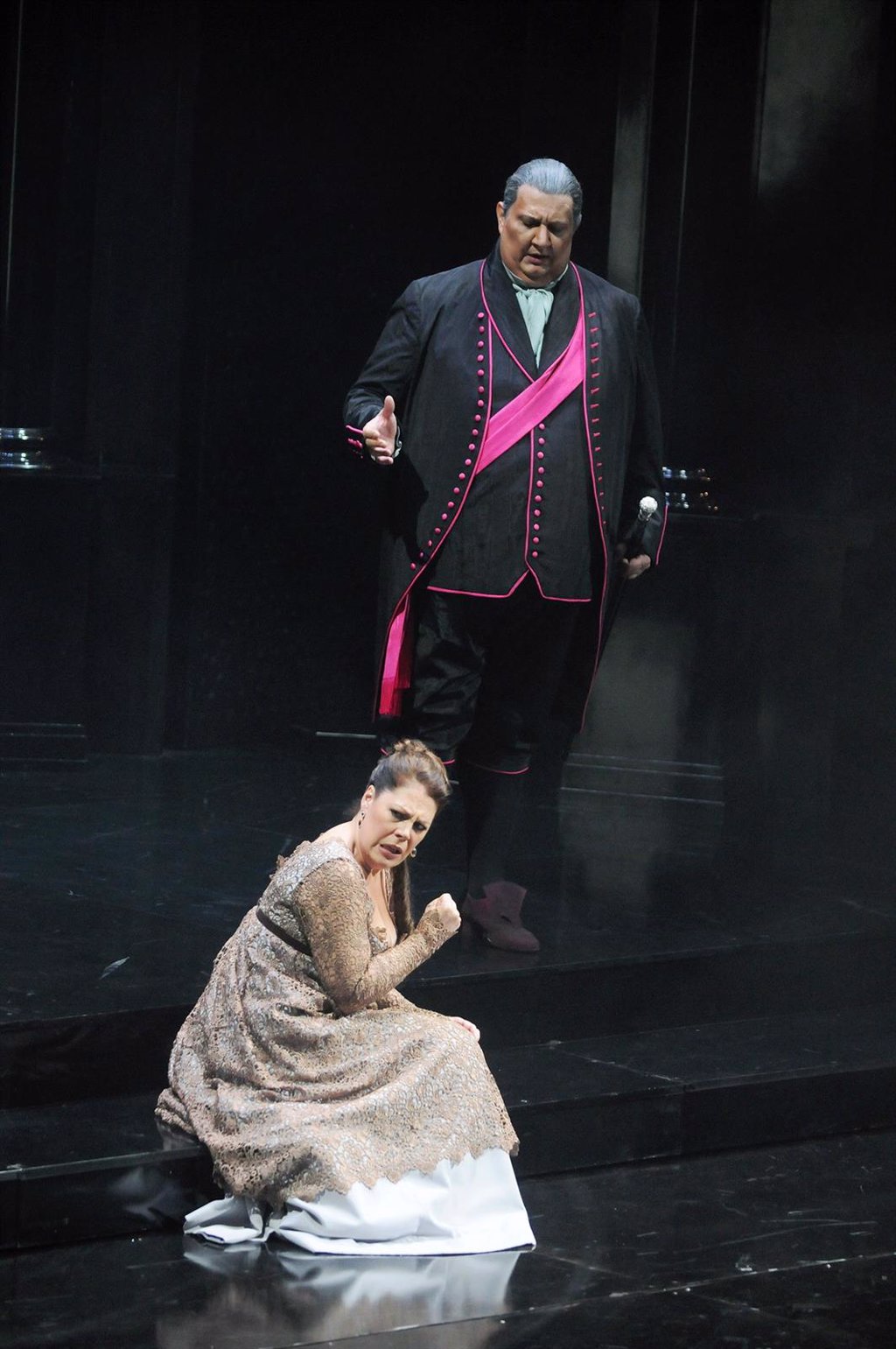 ‘Tosca’, by Puccini, will arrive at the Teatro Real next Sunday, July 4 with stage direction from Paco Azorin and a montage that resembles a “cinematic thriller“in which the aesthetic in black and white predominates and an “abundant” use of the audiovisual “.

“Just like comedies or tragedies have rules and you have to respect them, there is a lot of that movie thriller here. There is politics and action, everything happens in 24 hours, each act begins as the previous one ends and there is that solution of continuity that gives way from realism to dreamlike“, Azorín explained during the presentation.

With a cast that includes Sondra Radvanovsky as Tosca, Jonas Kaufman (Mario Cavaradossi) or Carlos Álvarez (Scarpia), and under the musical direction of Nicola Luisotti, this new version of the Italian maestro can come to be considered as a “fight single thought“.

“It is clearly anti.clerical, and here religion and politics go hand in hand due to an abuse of power. And what’s more, that power is exercised against artists. While the artists are liberal and attractive characters, Scarpia exercises power not from authority, which would be legitimate, but from coercion“, explained Azorín.

The stage director considers that this reflection may have its transfer to the present day. “The The enemy always changes and has 1,000 forms and the artist has to use the only thing he possesses, which is his freedom, and take it to the maximum degree, which is the stage “, has added.

Azorín has continued to attack current times, negative for the artist in his opinion. “Now there is a unique, globalized thought, with a lack of local color. Do you remember when we could disagree? Capitalism is going to kill us and it sneaks in everywhere. Artists need space to make mistakes and capitalism takes away time and resources, “he lamented.

The stage director has defined this opera as “a journey that takes the viewer by the hand and takes him along unsuspected paths”. From that first act with the idea of ​​power, we go to “a second expressionist act, where you can see the back of the set, and a dreamlike third in which revolutionaries die “.

A PRIEST, THE BELLS AND THE NAZIS

Luisotti, born in Viareggio (Italy), has told an anecdote of a town in the area whose sound from the bell tower inspired Puccini for the bells that ring in the first act of ‘Tosca’. In 1943, the Nazis and the Italian fascists went to confiscate the bells to melt them and build cannons, but the intervention of the village priest with papers showing that they were the sounds of ‘Tosca’ managed to avoid this plunder.

“A year later, in September 1944, the same priest allowed the partisans to hide weapons inside a church altar and at a checkpoint they were found by the fascists. The priest was arrested and shot: he was able to save Puccini’s bells , but not his life, “said the musical director.

The tenor Joseph Calleja, who will give life to a Caravadossi, has described ‘Tosca’ as “the perfect opera”. “There is passion, jealousy, politics, jokes — and you can’t remove a single note“, he explained. Carlos Álvarez, who also alternates these days at the Teatro Real with ‘Viva la mamma!’, has acknowledged that “Doing bad is a pleasure because the stage is always a free space.“

And the soprano Ravdanovsky, who was already with Azorín in this work in 2018 – ‘Tosca’ is a co.production with the Liceu in Barcelona and the Teatro de la Maestranza in Seville – has recognized that each production of Puccini’s work is different”. “Tosca She can be a great diva but also a simple girl with a gift, which is her voice: she is definitely a human being“, it is finished.

The functions will begin at 7.30 pm (including those on Sunday), they will have a maximum capacity of 66% (compared to the 75% authorized by the Community of Madrid) and there will be an empty seat interposed between each group of cohabitants. In addition, ‘Tosca’ will be broadcast on July 10 at 9:00 p.m. on screens installed in the Plaza de Oriente and in the Plaza de Isabel II, with capacity limited to 1,000 seats.