“She is not the Veronica that I have known” 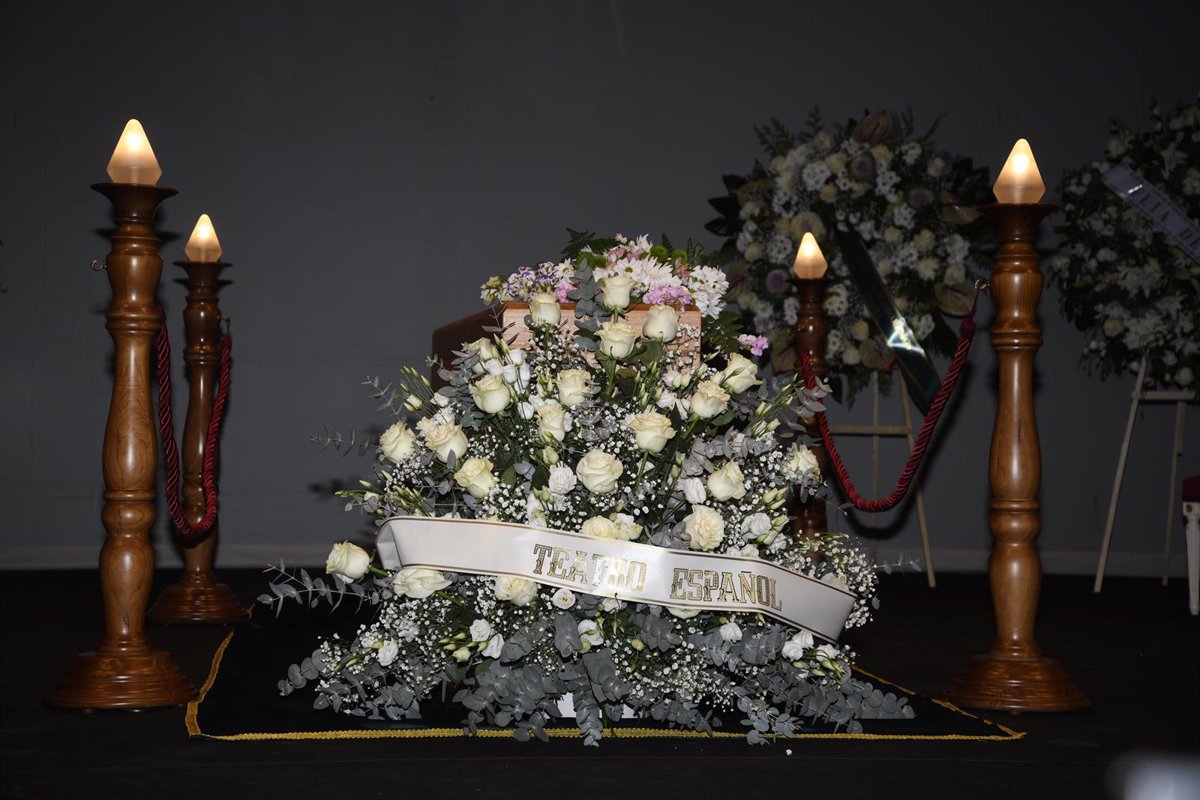 The film director Pedro Almodóvar has gone this Wednesday to the Spanish Theater where the burning chapel of Verónica Forqué has been installed, whom he has remembered as “an actress gifted for comedy.” “It is not the Veronica that I have known”, he has affirmed when remembering the end of his career.

“Time has not treated her well. I thought she had more than enough weapons to fight these problems, but reality tells us no. The only thing I think is that if there were already people around her who found her that she was not It is very hard for me to believe that they have not been able to do something to avoid an ending that is not Veronica, I do not recognize this woman in that ending. She is not the Veronica that I have known, “he has settled in statements to the media upon arrival at the chapel.

The director recalled personal circumstances of Forqué – awarded with four Goyas and star of films like ‘Kika’ or ‘What have I done to deserve this?’ – such as the fact of not being with her husband or the death of her brother “who adored who died a few years ago”.

“I do not know if the actors are more exposed, the Veronica I met was someone very sensitive and fulfilled. Both professionally and personally. There are many sensitive people, not only the actors are, there are many other people. But there are not to blame, it is not the acting profession or even the actors who are especially comical, this is a mystery, what has happened is absolutely mysterious. And it has to do with our nature, “said Almodóvar.

For this reason, he has emphasized the importance of “remembering her in an appropriate place such as the Spanish Theater.” “She was a very special woman because, on the other hand, her way of acting, in addition to excellence, was very unclassifiable. And that reached all ages and all kinds of people,” said the filmmaker.

Thus, he has not been surprised that his death “caused such a manifestation, first of absolute surprise and then of pain because there are many generations for which Forqué was the great comic actress”. “Above all they will remember her as the great comedy actress she was. I am not surprised that she has caused so much reaction among people,” he reiterated.

About her career, she has assured that she was a “gifted actress for comedy.” “She is the actress who has had the most ability to make people laugh and as a person she was a very good person, a kind of angel. When I worked with her on ‘What have I done to deserve this?’ He reminded me a lot of Chus Lampreave because they were women like they had never lost the innocence of childhood, “he said.

Regarding this film, she stated that it was the “funniest” shoot of her life “exclusively for her.” “And for the good chemistry between her, Carmen Maura and Chus Lampreave. I am here to pay tribute to a woman who was like today, all light,” he asserted.

“I remember Veronica always worried about all of us and a very good friend of all giving us solutions. And also a woman who had her spiritual life resolved because she had a very solid and very absolute faith in Buddhism. She was the only person I would have never imagined an ending like the one she had. And then as an actress she was one of the greatest, the 80s and 90s cannot be understood without her, both in great comedies she did and in dramas. She was a very gifted actress, “she added. .