The Signal, branch in Brest of the National Lighthouse Center, will not see the light of day 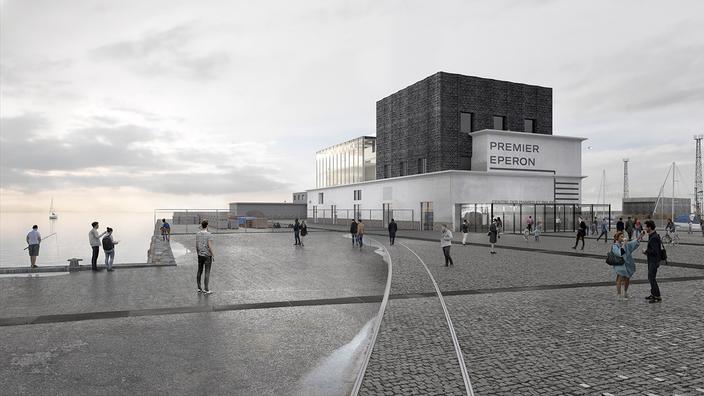 HERITAGE – According to the departmental council, the project is too expensive and duplicates the collections of lighthouses and beacons kept in Ouessant.

Its lights go out before they can light up on the Breton coast. Called Le Signal, the Brest branch of the National Lighthouse Center is definitely buried, submerged and extinct, the departmental council of Finistère announced on Monday. The project supposed to open in 2022 was scrapped by the new right-wing majority elected this year. “The project did not meet any local expectations, explained the departmental council in a press release, before mentioning the significant costs “And which kept slipping” of this future equipment.

Supported since 2019 by the former socialist majority of the departmental council, the National Lighthouse Center project aimed to promote the history of lighthouses and sea signaling. In line with the Grenelle de la mer, organized ten years earlier, the € 18 million plan was to be deployed in three different areas: the renovation of the museum of lighthouses and beacons in Ouessant, the creation of a conservation center for the collections of lighthouses and beacons in Gouesnou, as well as the construction of the Signal, an interactive museum of 2000 m2 devoted to the sciences and techniques of maritime signaling. This last space, now abandoned, was to be erected on the site of the old auction, located at the first spur of the port of Brest, and work had been underway since 2020 for an inauguration scheduled for 2022.

Spotlight on the Ouessant museum

According to the majority in the departmental council, the abandonment of the Signal should save 9 million euros on the investment envisaged by the previous majority. “The department’s money must be put to the benefit of the most vulnerable, no pharaonic projects, disproportionate to our capacities”, estimated in July the president of the departmental council of Finistère Maël de Calan, in an interview granted to France 3. The prospect of not seeing the completion of the project of the interpretation center had on the other hand sorry this summer the former president (PS ) of the Board, Nathalie Sarrabezolles. “I find it a pity. I think that for a slightly dogmatic principle, we are going to question an interesting project. It will also be a financial waste because the compensation will be quite high ”, she said for France Bleu five months ago, also hoping for intervention by the State to save this project and set it up on another site.

One “Inexpensive temporary development, which does not hamper future developments of the site”, should hatch in its place, facing the ocean, said the departmental council. Until the choice of a more definitive development is decided by the communities concerned by the file, the department of Finistère, Brest Métropole and the Brittany region.