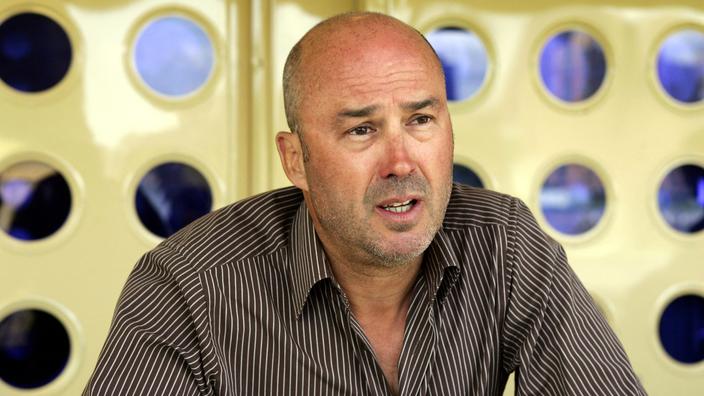 After more than ten years of twists and turns, the art dealer and his collaborators were exonerated. The falsity of the furniture at the heart of the case could not be established by justice.

The Prouvé affair has finally found its fall. After more than a decade of legal proceedings and expertise, the Paris Criminal Court on Friday released the Parisian art dealer Éric Touchaleaume, suspected of having sold, thirteen years ago, fake furniture by designer Jean Prouvé. .

At the origin of the dispute, a sale in April 2008 at Artcurial of the collection of Eric Touchaleaume, during which Patrick Séguin, Philippe Jousse and François Laffanour bought two armchairs and a table for 213,000 euros. The four men, who have a virtual monopoly on the Prouvé market, have worked together for a long time. But their relations deteriorated as the price of the architect, who died in 1984, soared. An expert appointed by the trio concluded that they were false and they filed a complaint in April 2009, leading to the opening of an investigation.

Nearly a decade of proceedings will follow, extended to other subjects, which will be marked by a succession of expertises, until the trial in the fall of 2021 for Éric Touchaleaume, dismissed for “Counterfeiting of works of the mind”, “forgery and use of forgery” and “Deception on the substantial qualities of the goods”. At his side in court: the supplier of furniture from Algeria Abdelhakim Bouadi and an antique dealer from Nancy who acted as the intermediary, Redouane Faraji.

After having deliberated, the court pronounced Friday a general release, considering that the falsity of the furniture was not “establishedAnd, therefore, that a copyright infringement was not either. The court also underlined that the paternity of the furniture was not claimed by the beneficiaries of the creator. With regard to photographs and a letter from Jean Prouvé dating from 1958, the falsification of which is this time certain, the court held that the offenses of «faux» and “Use of forgery” were not, however, established for Éric Touchaleaume and Abdelhakim Bouadi, who have always denied knowing that these documents were false.

“The total release therefore puts an end to more than ten years of proceedings during which the reputation of Eric Touchaleaume will have been unfairly soiled by competitors knowingly united to harm him”, commented the lawyer of the art dealer, Maître Antoine Vey, assuring that the “job” of his client “Is rehabilitated”. «It’s a great relief“, For his part estimated Maître Philippe Valent, lawyer for Redouane Faraji, “But also a serious warning to the eccentric actions that believe themselves authorized to launch certain obviously too vain actors of the art market”. The plaintiffs’ lawyer was not reachable on Friday evening.