“Fortuna”, Govoni’s novel on migrants, between Orwell and reality 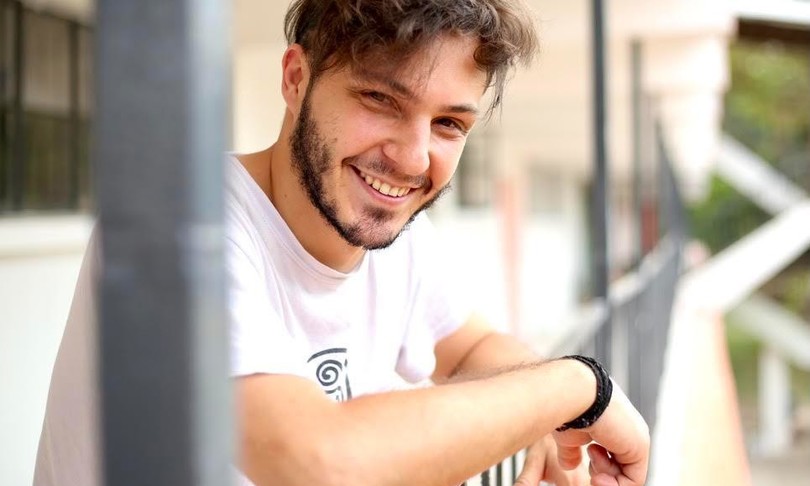 It is a different Nicolò Govoni who wrote “Fortuna”, the first novel published by Rizzoli published after other more autobiographical works. Some regular readers might be surprised in front of those 400 pages: the author has in fact changed pace and presented a work that marks an important step towards a decidedly interesting narrative maturity.

To the clean and direct writing note, Nicolò Govoni combines a story full of suspense and twists which seem to project the reader almost into Orwell’s world without forgetting, however, the red thread that has always linked the author to his work: taking care of the last ones. In fact, it is known that the author is the young president of the Still i Rise association, a non-profit organization founded with other children like him, with the aim of providing assistance and education especially to refugee and vulnerable children.

In particular, the emergency and rehabilitation centers in Greece, Syria and soon in the Democratic Republic of Congo are dedicated to them, as well as the project of international schools in Turkey, Kenya and from 2022 also in Colombia, able to offer the diploma of International Baccalaureate to young people who could never have this chance.

This novel is therefore dedicated to the last, to migrants and refugees, which does not portray them as “desperate” but as people with strengths and weaknesses, but having the good fortune of being born on the wrong side. People who aspire to the “Luck” to achieve something more.

For example, a better destination than a simple refugee camp or in the refugee camp itself. Govoni uses a surprising device to make it clear that indeed, we are all the same and we are all under the same sky, all dependent on “Luck”. Because a person who takes note of the inhuman conditions in which refugees too often find themselves living, cannot help but think that anyone who has lived a life of deprivation and defied death always ends up exchanging accommodation in a tent for an act of love. and the roof of a shed for a house.

This is in fact the bitter reflection of those who come into contact with precarious structures, the poor functioning and the sense of inhumanity that can be detected in many reception centers organized to “fix” in some way those forced to leave the house for seek a better life for yourself and your family. Reflection that is found in those who, like Govoni, have feelings of justice and solidarity towards these people in their own selves.

Govoni threw himself into a personal and courageous “mission” to react with the facts a management system, cold and full of selfish content and convenience, touted by states and international organizations full of populist rhetorical positions and false do-gooders. The author and activist saw in the youngest refugees, children often alone and without a minimum of schooling, the precious fundamental resource to open the way for migrants to lead them towards a safer future.

In general, he understood that the main effort of the “welcoming” countries and of the solidarity voluntary forces could only be to provide the very young with the weapons to conquer this future. With his organization, Govoni has thus created in a short time a great and fantastic program of stimulation and involvement and has opened schools in various countries of the world for absolutely free and high quality education aimed at children and adolescents of all origins, ethnic groups. races and religions.

The experiences gathered by wandering through reception centers, countries and organizations involved in the field of migratory phenomena have led the author and activist to finalize these experiences and observations by writing a novel in which he has put together the fruits through the construction of a story where he skillfully mixed reality and fantasy according to a visionary approach that aims at a happy ending to be achieved through inner troubles, struggles, victories and failures, but above all tenacity and will, it reflects the hope that the courage and determination of migrants will know how to find strength and faith in themselves to grab and make their future their own.

The story unfolds without stopping, articulated on three fascinating key characters, also enriched by other figures, all expression of a setting that lets leaks references to current events and its potential possible developments, not without mentioning worrying threats.

What the work is about

It is therefore a novel that alternates science fiction ideas with some Orwellian echoes. A captivating story, articulated on the members of a family that is not a real family but an absurd substitute for this. A child fresh from the struggle to survive in a Europe half-destroyed by a war and then casually tied to a girl full of initiative and vitality. The two children are in turn united by combination with an elderly woman, who has appointed themselves their grandmother.

This grandmother is a truly special character, the most brilliant figure created by the author. It is an example of the art of navigating alone in an artificial world set up by a country that welcomes refugees in a perfectly organized way but which is financed by a group of benefactors who, for their delight, have decided to do a kind of pastime of their “hairy” goodness. Refugees try to take material advantage of it by playing the part of the “good savage” for the amusement of the benefactors.

But among the refugees, forced to play the part of the refugee welcomed, pampered and made happy in commercials, always ad usum of the financiers, there are feelings of revolt, contained by gendarmes in a ruthless control system. The two children and especially the grandmother will be the protagonists of this revolt.

The grandmother has no fantasy of being a grandmother, but sometimes she abandons her “defensive” cynicism to advise the child and warns her not to forget that among the people there are “those who have suffered and think that others should suffer as they do and those who only wish that others should never suffer what they have suffered“. Therefore it is better to adapt to those who welcomed them and to its oppressive rules that take away all freedom to be able to live in peace.

“But you, grandmother will ask at the end, do you still think that being sure is better than being free?” The answer will be given by the three protagonists. In summary, it is a demanding novel that aims to interest the reader by making him think, but as long as, the author would say, we still have the right to think, well let’s do it. In the company of a promising and courageous Nicolò Govoni.

Getting to speak to young people

“The thing I hope to achieve with this book – Nicolò Govoni explained to – is to reach the younger generations. The theme of human rights almost always involves older people. The topics start to interest when you are older. and I understand this, these are heavy issues. Difficult to deal with and understand. It is not the fault of the young people, mind you. I also understood years ago, I understood little of the migrant issue and maybe I hoped that the topic would be presented to me using my own language . Well, I tried to do it with this novel. My previous books were more autobiographical, this time I wanted to do something else and aim to use the language that mostly young people speak, through real characters “.

In fact, Juju, Hans and Nonna, the three protagonists of the story, actually really exist. “Of course – adds Govoni – Juju is in reality a human rights activist who was my student in Greece. An extraordinary girl. If you think that she is only 16. she is truly fantastic, she has been fighting with other students for years. organize protests and demonstrations in favor of education.

He also manages to denounce the corruption of local law enforcement. It’s crazy for a girl her age to be like that. Hans, on the other hand, is the child protagonist of the book ‘If he were your son, the one I would have liked to have adopted. Grandma is not identifiable in a specific person but she is real. It represents that part of us that wants to survive at all costs and is willing to do anything, even to commit wickedness and abuse, to deceive. But then, over time, it softens “and in the end, it is the most human of all, if we want to use this definition.

“Yes – he adds – a character who starts out selfish but who eventually learns to love others, and to see survival as something not individual but as a common process. We can all follow Grandma’s path and understand that we survive together. . is an imperfect figure as we are practically all but in the end he understands that no one can save himself alone “. “I sincerely hope to grasp my goal – Govoni repeats – talking to young people is important”.

In the novel “it is true, there is an Orwellian patina, there is some fiction but there is the dramatic reality, the migrations are real. There are metaphors of course, expedients that I use to explain Fortuna, and what happens in refugee camps and how we live. We are used as we know to the communion of the skeletal migrant, the face full of flies: with these images human dignity is trampled on, as long as they stir the minds and you can raise funds. Many large organizations play this game, because they know that the person who needs help cannot say no, and he lends himself “.

“And in my opinion it is a form of coercion. Very often when we talk about the migrant, especially in political forums, we speak by duality. There is in fact a political part that exalts them, prey for example acts of heroism, and still others that classify as criminals and all the rhetoric is wedged on this duality. it is a strongly limiting concept: it is true that the hero exists, like the girl who is now a swimming champion and pushed the rubber boat to safety by throwing herself into the water, dragging him, so as it is true that there is what delinque. But these are 0.001 per cent of the whole “.

And again: “All the others are simply people with strengths and weaknesses, people like us who make mistakes, fall in love, live. The reality of migrants and refugees is not known. They are often exploited. I looked for, in my book, to make them known as people in all respects, albeit lowering them into an almost Orwellian-type story. I wanted to create a situation as human as possible, where no one is more evil or better. Fortune does dubious, reprehensible things, but at the same time allows you to be successful in the refugee camp where you fight for self-determination “.

The message is therefore clear: that of Juiu, Hans and Nonna could be the story of each of us. Indeed, as the author writes directly in the final note, “it could be yours”. But you, we, were born on the right side, we were lucky enough to be born on the right side. Thus, “that of the three protognists becomes the story of 82 million children”. “I hope that – he concludes – in the end, those who close the book will have understood the message, and that it will arrive above all in schools: it would be perfect because this would make the difference”.