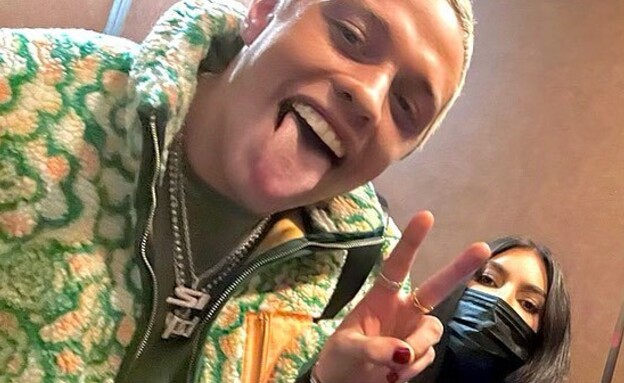 Exactly a month ago, we were surprised to discover that the most coveted single woman in the swamp, Kim Kardashian, is in the throes of a new and surprising relationship with comedian Pete Davidson (28). Since then the two have continued to get closer, posting joint photos and going out on public dates together, but now they have taken a particularly big and significant step.

The Hollywood Life website reports that last weekend our Kimi boarded a flight from Los Angeles to New York, and spent several days on Staten Island with her partner, Pete Davidson. The two traveled to Davidson’s hometown and also met his mother, Amy – at a meeting that lasted several hours and was described by an associate as “success”. Davidson has often spoken about his close relationship with his mother, Amy, and his 23-year-old sister, Casey, so it only makes sense that even though the two have only been dating for a month – they have already made the official acquaintance. What’s more, Davidson already knew Kim’s mother, Chris.

Pete and Kim were not content with just the family reunion, and together they went out to watch the movie “Gucci House.” After the movie they went to a local restaurant, joined by Kim’s heartbroken ex, Courtney – Scott Disick. “There was a lot of food, wine, and laughter,” an acquaintance said. “They were super nice and really enjoyed. Pete and Kim held hands and were very touchy. She was flirtatious and enjoyed Pete’s energy. She just looked at him lovingly, laughed with him and looked in love.” integrity.