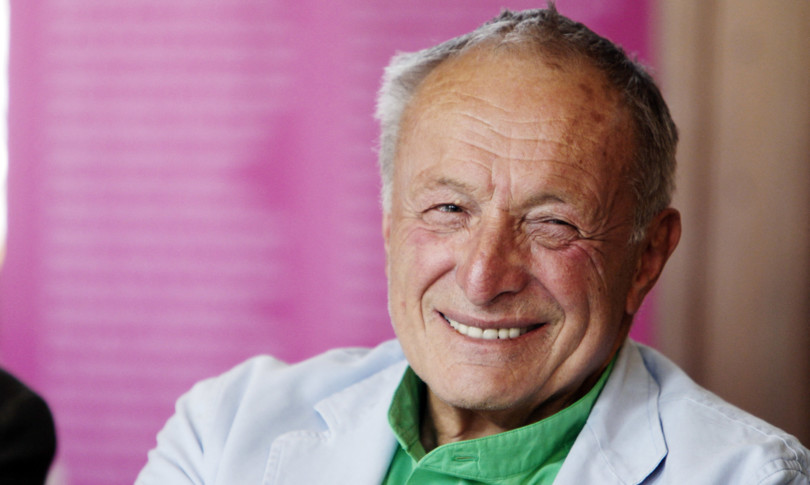 – The Center Pompidou is just one of the many jewels designed by Richard Rogers, the British architect who died in London at the age of 88. The death, according to what the son reports, would have occurred on the evening of 18 December.

Rogers tied up to his name also the skyline of London, thanks to the “Cheesegrater”, the Grattuggia, a skyscraper that recalls the kitchen utensil on which to grate the Parmesan. A tribute to his country of origin, one would think. Because the architect, in spite of his name, was very Italian: born in Florence in 1933, he was descended from a noble English family that had settled in Tuscany two centuries earlier.

Winner of the prestigious Pritzker prize in 2007, was a prominent member of the “High Tech” school of architecture which also included Norman Foster and Renzo Piano. Pioneers of a hyper-modern style that showcased machines and technology, overturning aesthetic principles to expose the functional elements of buildings. Hence the ventilation pipes that innervate the Center Pompidou and the Lloyd’s Towers, in London, or the Millennium Dome, with its tie rods.

The beginnings were not easy for Rogers, who was forced to flee Fascist Italy with his whole family when he was only five years old. With her doctor father and mother, a former student of James Joyce, she settled in London, passing through from a comfortable bourgeois house to a cramped studio flat, with a coin counter to activate the heating. And at school, things were even worse: Rogers was dyslexic at a time when there was no diagnosis for that disorder and those who suffered from it were branded as ‘stupid’ or, at best, ‘lazy’.

In 1951 he left his studies and, after his military service in the army, managed to enter the Architectural Association School in London, known for its modernism. He then completed his architectural studies at Yale in 1962 and it was here that the meeting of his life took place, the one with Norman Foster. The two returned to England in 1964 and co-founded the “Team 4” architecture studio with their respective wives. In 1968, Rogers meets Renzo Piano with whom he shares an interest in developing flexible and anti-monumental architecture.

In the same year they win a competition to design a new art gallery in Paris: the Center Pompidou aka “The gas workshop”, “The Pompidolio”, “Notre-Dame of the pipes”.

Rogers has completed about 400 commissions in a career studded with high-impact buildings, capable of defining skylines, characterized by light structures, prefabricated materials and the use of cutting-edge technologies. He designed the European Court of Human Rights in Strasbourg, the offices of Potsdamer Platz in Berlin, the terminal of an airport in Madrid and the Three World Trade Center in New York.