Britney’s boyfriend: “We’ll have a lot of kids” 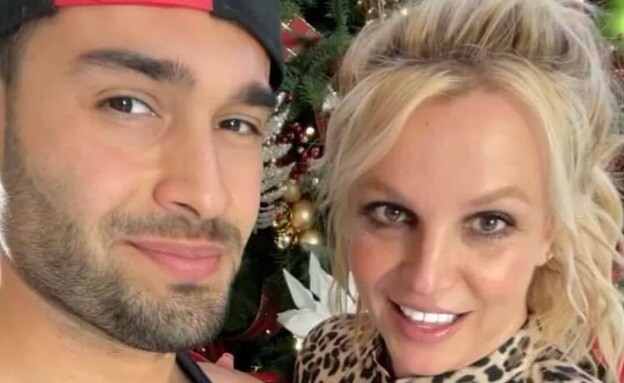 An exciting year has passed for Britney Spears, who after a long and protracted struggle managed to break out of her father’s guardianship agreement and begin, at age 40, an independent life of her own. Moments after the thrilling victory Britney and her partner got engaged, and now, in an interview with TMZ, he revealed that they plan to increase the family real soon.

Sam was caught by the TMZ website photographer, and asked what his and Britney’s plans were for Christmas. “To make children,” he replied. “Make a lot of kids.” Sam’s answer was not a big surprise for the fans and the immediate environment of the two, who talk quite a bit about their desire to have children.

Earlier this week Britney made a pretty serious teasing to her followers when she shared a video of herself next to a fir tree with a bottle of baby food in her hand. “A new addition to the family,” she wrote. “Guess if it’s a boy or a girl.” Apparently it was a sweet little puppy that Brittany got, but even a month ago the star revealed her desire to have children. “I feel like having another baby!”, She wrote. “I wonder if it’s going to be a girl.”