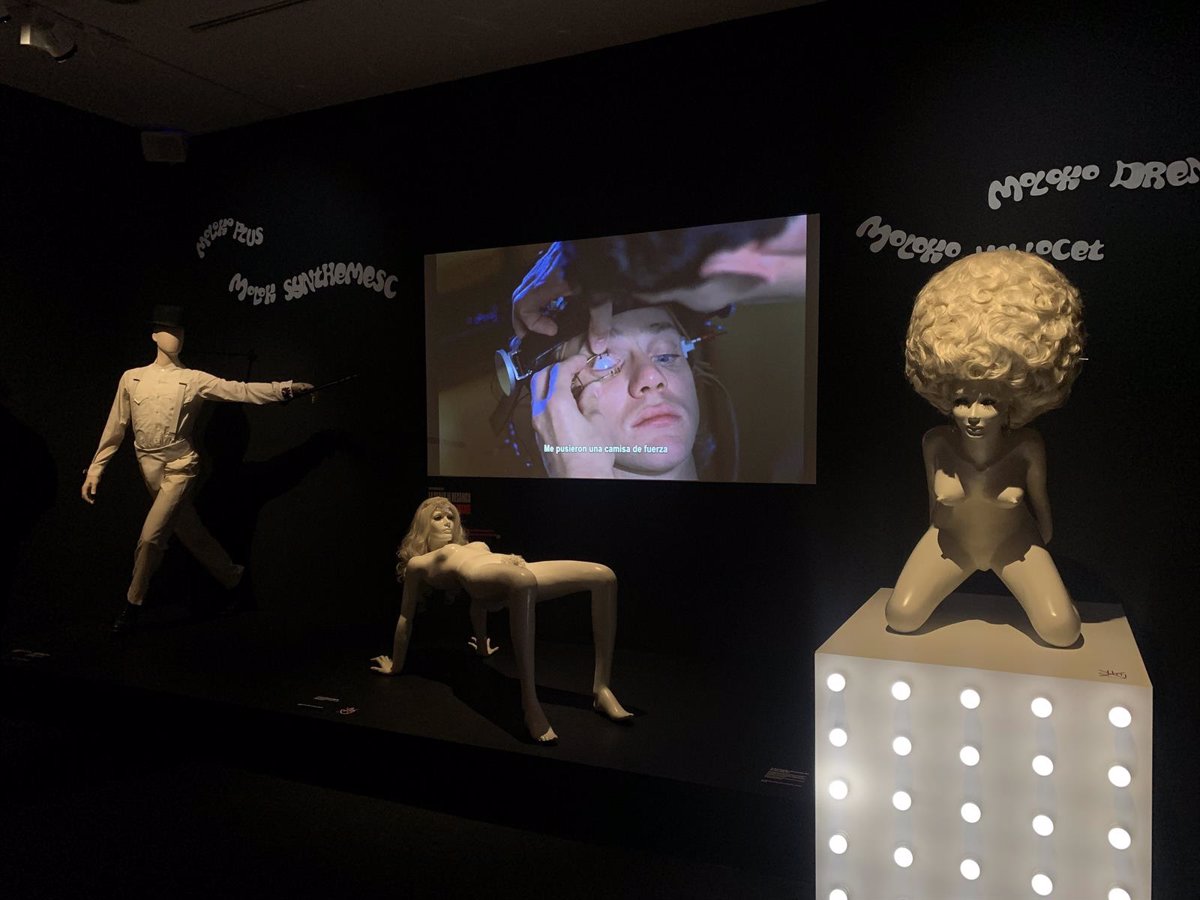 The Circle of Fine Arts of Madrid invites you to travel inside the filmmaker’s mind Stanley Kubrick and its cinematic universe in an international exhibition that brings together more than 600 elements from his entire career to discover his “special look” Y “to the man behind the genius”.

Hindsight ‘Stanley Kubrick. The exhibition’, which was presented this Tuesday, December 21, occupies two spaces of the Círculo de Bellas Artes weaving an analysis of the figure and work of the director, one “great cultural and popular icon “of the century XX.

“It is an exhibition that allows a technical and scholarly speech about the filmmaker, but also one open to the public.. It is not only for his fans, but also so that everyone can get closer to him, “said the director of Sold Out -which presents the exhibition-, Rafael Giménez, in statements collected by Europa Press.

The exhibition brings together a selection of elements that are first distributed in the Goya room of the artistic space, where a window opens to Kubrick’s “unique look” with images of his time as a photographer for the magazine ‘Look’, sketches of the scenes of his films or different lenses and cameras that he used for his projects.

It also addresses the “care” he used to work space and time, with the sample of your notebooks, and reflects on his sensitivity to adapt stories and novels to the big screen from the first drafts of the scripts of his successes, at the same time delves into its relationship with desire, war or humor which he reflected in his projects with pessimism and irony.

This part of the exhibition thus collects images, shooting plans, illustrations or press publications in his first steps in the industry, while also making a journey through his “dreamed” but unfinished projects, such as ‘Napoleon’ or the adaptation of the novel about the holocaust ‘Lies in times of war’ by Louis Begley under the name ‘Aryan Papers’.

With all this, visitors can “enter the brain of the genius”, as the curator of the exhibition has pointed out, Isabel Sánchez, to claim the “special and open to the world” look of the director, who, in her opinion, could be defined as an “innovative man“who” always knew how to play with the ability to surprise “and” perfectly “documented the transition from classical to modern cinema, another of the perspectives offered by the exhibition.

The curator has also defended the need to carry out this exhibition with the first part focused on the thematic and formal aspects of the New Yorker, to then immerse himself in the “universe” of his cinematography in the Picasso room at the Círculo.

In this second part, he starts with what was the “new horizon” of his work 2001: A Space Odyssey to move on to his “most iconic” feature films playing with the spaces, the set and the props of tapes such as ‘The glow’, ‘A Clockwork Orange’ The ‘Eyes Wide Shut’.

Along with mythical sequences of his successes and interviews with directors and actors who worked with the director – such as Keir Dullea -, the retrospective welcomes from his chair, to a scale model of Discovery or the iconic table of the Korova Milky Bar, the dresses of the disturbing Grady twins or a model of the labyrinth of the Overlook hotel.

In this way, the artistic trajectory of the filmmaker is represented almost in its entirety, since they are also agglutinated by films such as’Spartacus’, ‘Red phone? We fly to Moscow ‘, ‘Lolita’ The ‘Barry Lyndon’, among other.

MADRID IN ITS WORK

Sánchez has influenced, on the other hand, the “local” aspect that the exhibition may have on this occasion since it hosts images and interviews related to the filming in the Community of Madrid of some scenes from ‘Spartacus’.

“Kubrick did not like to travel, he liked to do everything near his home, in London, and one of his few trips was to Madrid“, the curator recalled to relate the director’s trip to Spain at the end of the summer of 1959 to shoot the crucifixions, battles or field training of the war film.

Specifically, visitors will be able to discover in the exhibition plans and photographs of the filming in Colmenar viejo and interviews with Spanish professionals who worked with the American team.

On the other hand, the commissioner has highlighted the figure of the New Yorker also for the presence in their tapes of “issues that affect everyone”, an aspect in which he has emphasized in ‘A Clockwork Orange’, which in its premiere in the 70s generated controversy due to “free will”, but not because of the “institutional violence” that it narrated, he lamented.

“Kubrick’s heroes are imperfect men and women, like life itself. He was pessimistic and conjured up a message: save yourselves who can“, he added, to also claim that in his work he speaks of” in whose hands the world is “, such as ‘Senderos de Gloria’, or his satire on the Cold War in ‘Red Telephone’.

On the other hand, he has delved into the “amazing” investigation that the director carried out before each project, as was the case of ‘Napoleon’, a film that he longed for in large part because he was enchanted by the eighteenth century and for which “rebuilt Napoleon’s life day by day in an impressive documentation process“, according to Sánchez.

The “many readings” of the director can be seen in this way in this exhibition that arrives in Madrid until May 8 after having passed through cities such as Los Angeles, Toronto, Berlin, Paris or London, among others, achieving more than a million and a half visitors.

To accompany the exhibition, the Círculo de Bellas Artes has prepared a series of complementary activities that make a “difference” with regard to other retrospectives of the filmmaker, such as the one hosted by the Center for Contemporary Culture of Barcelona in 2019, as indicated by the director of the center, Valerio Rocco. Among the activities, there are the screenings starting on December 26 of eleven of the director’s classics.