Saudi Arabia: The kingdoms conservative boundaries are being pushed back at a huge rave festival held in the Saudi desert last weekend 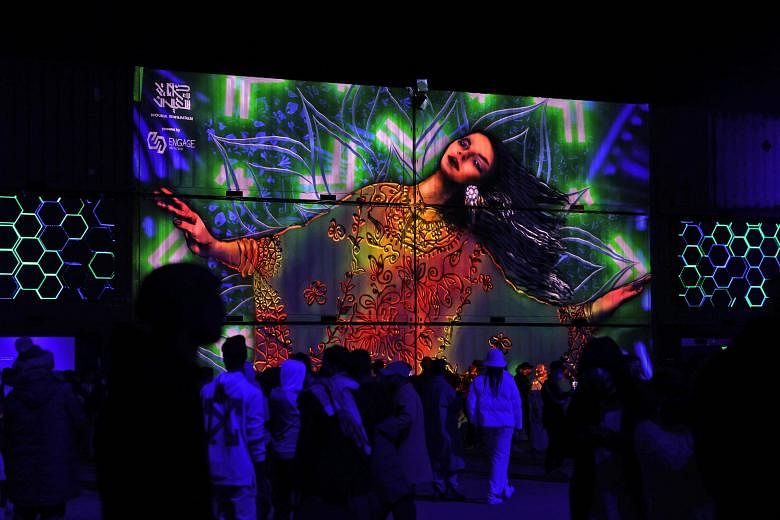 The ‘Rave’ in the Saudi desert looks like any other rave party until the moment the music stops reading the muezzin, leaving the celebrants in ripped and tight jeans, and military boots to stand in silence. A few minutes later, the religious duties were completed, and the elves returned to the festivities. Men and women danced together in almost total debauchery in a country where such incidents were unthinkable several years back. (Rave is a musical style, social movement, and above all a dance party based on electronic music.)

The four-night festival held in Saudi Arabia last weekend highlights most of all the changes the conservative kingdom is undergoing under its controversial regent: ‘Muhammad Salman’. Within a few years the prince lifted the driving ban on women, undermined gender segregation, and reduced the power of the religious police, who until then had patrolled the streets and fined restaurants that played loud music. The government-approved festival included performances by world names such as Tiesto, Armin van Buuren, David Guetta and more. According to organizers, more than 180,000 celebrants attended the opening night.

“Allow us progress, let us express ourselves as we feel” – said the prince: ‘Fahd al-Saud’ a member of the royal family, who took part in the festival disguised as a colorful jacket and shiny eyeliner. “We are determined to be part of the international community, but we can not stop every time we try to move forward just because it does not look exactly the way you want it to.” – Finished.

The Four Nights Festival was part of a particularly busy month in which Saudi Arabia hosted the Formula 1 race, biennial art events, and the visit of French President Emanuel Macron. All of this highlighted the end of the global expulsion of the regent following the assassination of Jamal Ahmad Khashoggi in 2018 by Saudi agents in Istanbul. (Jamal Ahmad Khashoggi was a Saudi journalist, political commentator and director, Who disappeared on October 2, 2018 after entering the Saudi consulate in Istanbul and being assassinated there.

The regent’s plans are to diversify the kingdom’s oil – dependent economy, by developing new sources such as entertainment and tourism.

The scenes at the music festival have been the most extreme of all so far. The women wore everything from tight pants to full-length robes with veils. Drunk men swayed among the crowds as they smelled a distinct marijuana scent. Alcohol and homosexuality are still illegal in Saudi Arabia, but the incident has created a carnival-like atmosphere and widened the crack in examining the borders.

The visitors were quiet this time. Under the rule of the prince social openness came along with the suppression of domestic criticism. Every event on a different large scale, was closed by the authorities “for maintenance purposes” for the four days of the festival, and provoked a wave of jokes about the government forcing people to attend.