Report in France: Brigitte Macron is expected to sue users – who claimed on Twitter that she was born a man 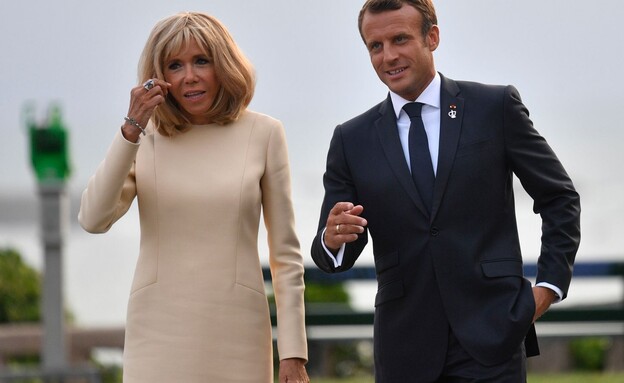 According to the French newspaper La Figaro, the same conspiracy theories have started circulating on Twitter in the last month • The rumor probably originated in a newspaper affiliated with the right-wing party in France, which published an opinion of “experts” who allegedly confirmed the rumors

Brigitte Macron, the wife of President Emanuel Macron, plans to sue surfers who spread rumors on Twitter that she was allegedly born a man, the French media reported (Tuesday).

According to the same rumors, the president’s wife was formerly called Jean-Michel Trogneux. Macron, 63, is expected to sue those who spread these “conspiracy theories,” the French newspaper La Figaro reported. According to the paper, the hashtag allegedly bearing Macron’s past name circulated on Twitter for several days in December.

It is also said that the rumor originated in the right-wing magazine Faits et Documents in France, which published an article in September claiming that a three-year investigation had been conducted into France’s first lady, and relied on expert opinion to confirm the rumors. The sexuality of the president’s wife.

This is not the first time that women of high political status have faced rumors surrounding their sexual identity. The same unsubstantiated allegations have also been circulated in the past against former First Lady of the United States Michelle Obama and New Zealand Prime Minister Jacinda Ardern, who has also fallen victim to conspiracies related to her sexual identity.