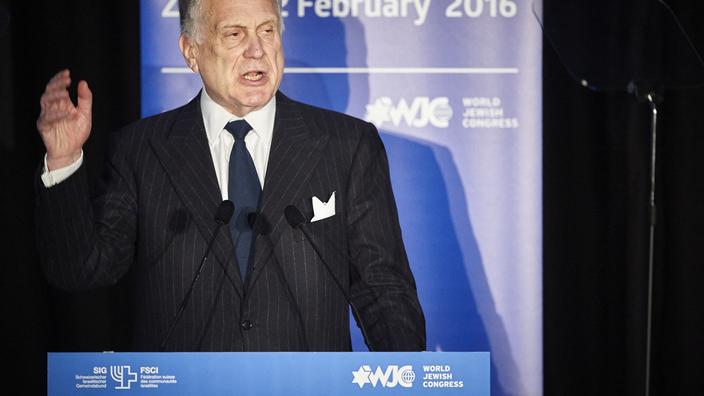 Switzerland’s world-renowned Miriam Cahn addressed an open letter to the weekly Tachles in which she returns to the suspicions that weigh on the origins of the Bürhle collection.

Miriam Cahn, a Swiss artist of Jewish faith wants to remove her works from the Kunsthaus in Zürich, which houses the Bührle collection, tarnished by the suspicion of having been partly made up of works acquired through the persecution of Jews by the Nazis .

Read alsoNazi heritage: the largest Swiss art museum at the heart of the controversy

« I no longer want to be represented in “this” Kunsthaus de Zurich World-renowned artist Miriam Cahn said in a letter to the Jewish weekly Tachles, published Wednesday, December 22.

Read alsoIn Niort, a private museum to the glory of the Third Reich discovered at the home of a retiree

Since last October, and the opening of a new wing to permanently house the Bührle collection, the Kunsthaus has been at the heart of an ongoing controversy.

Of German origin, then naturalized Swiss in 1937, arms dealer Emil Bührle (1890-1956) made his fortune during World War II by selling arms to the Allies but also to Hitler’s Germany. Once the richest man in Switzerland, he was able to build an art collection of which he had to return or repurchase certain works because of their suspicious provenance: either stolen by the Nazis or sold urgently by their owners. to escape Nazi Germany.

“I would like to remove all my works from the Kunsthaus in Zurich. I will buy them back at the original selling price », underlines the artist Miriam Cahn, aged seventy-two, and known in particular for her characters with diaphanous and spectral silhouettes.

Asked by AFP, the Kunsthaus declined to comment immediately. “Ms. Cahn has not yet informed the Kunsthaus of her intention to”withdraw or repurchase his works ”, indicated Björn Quellenberg, communication manager of the museum. “As long as we are not directly and personally informed by the artist, we will not make a public comment on this subject”, he further clarified.

The origin of the Bührle Collection, managed by a foundation, has been debated for a long time. The decision to exhibit the Bührle Collection has been challenged, notably in a recent work by historian Erich Keller, The contaminated museum (in French, The contaminated museum). The questionable origin of the paintings and the collection’s lack of contextualization are also debates.

However, on the orders of the authorities, the museum had requested a historical study from the University of Zurich. He recently announced the appointment of a committee of independent experts to verify “the relevance of the methodology and procedure followed»By those in charge of the collection.

The collection includes works by Manet, Degas, Cézanne, Monet, Renoir, Gauguin, van Gogh, Picasso and Braque. On an online site, the museum also presents at length the history of the arms dealer, without forgetting his links with the Nazis.