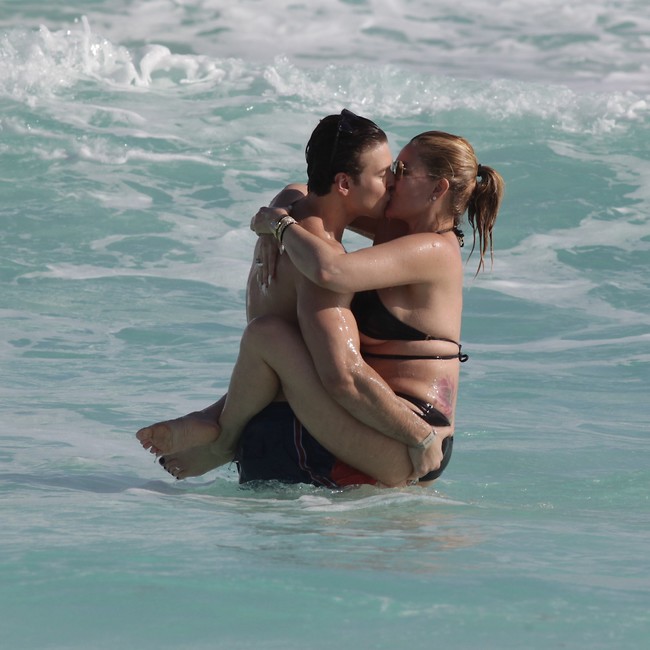 Shanna Moakler, 46, took the news of her ex-husband’s engagement hard and was even caught on camera by the paparazzi when she was seen undergoing a nervous breakdown on the street. Moakler was caught on camera by the paparazzi while having a dramatic phone call on the streets of Los Angeles. During the conversation she walked in circles holding her face and looking on the verge of crying. It is not clear what the hysteria is about but rumors overseas claim that it may be a reaction to the fact that her ex-husband decided to cover the tattoo he dedicated to her on his body and instead of her name, engraved his fiancee’s lips. In those post-engagement days, Moakler posted a story on her Instagram account and wrote that her Instagram account was temporarily closed in favor of spiritual maintenance.

However, the former model seems to have recovered pretty quickly. In recent weeks, Moakler has been strengthening a new-old relationship with a 29-year-old young man named Matthew Rondeau. The two, who have been in a relationship in the past, returned to each other’s arms earlier this month and were documented spending their last days off summer vacation in Mexico, where her right boob was exposed after some playful time in the waves.

The two broke up shortly after Courtney and Travis’ engagements but found their way back. “I admit, at the time it was very difficult, especially what Anna went through in her personal life, and it made it difficult to focus on the relationship,” Rondeau told Page Six, adding: “However, Anna and I found what we were missing to focus only on fun and not “Let no one or anything take it from us. I’m glad to know she’s by my side and that we continue to work hard, day in and day out, on our personal goals.” As you can see in the pictures, the two really care about having fun. 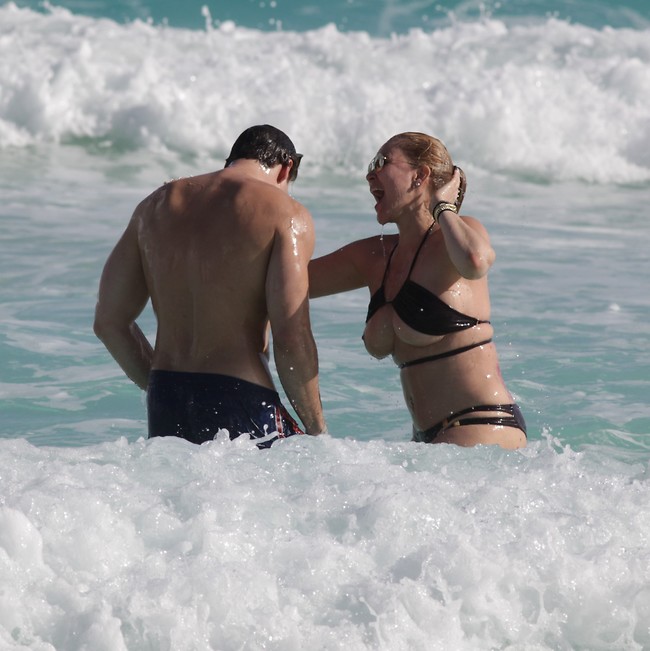 Oops…Moakler bikini top slipped off and exposing her right breast