The book ‘Memories of a Vatican chronicler’, by José Ramón and María Pin, imagines a Pope arriving from the Moon in 4.344 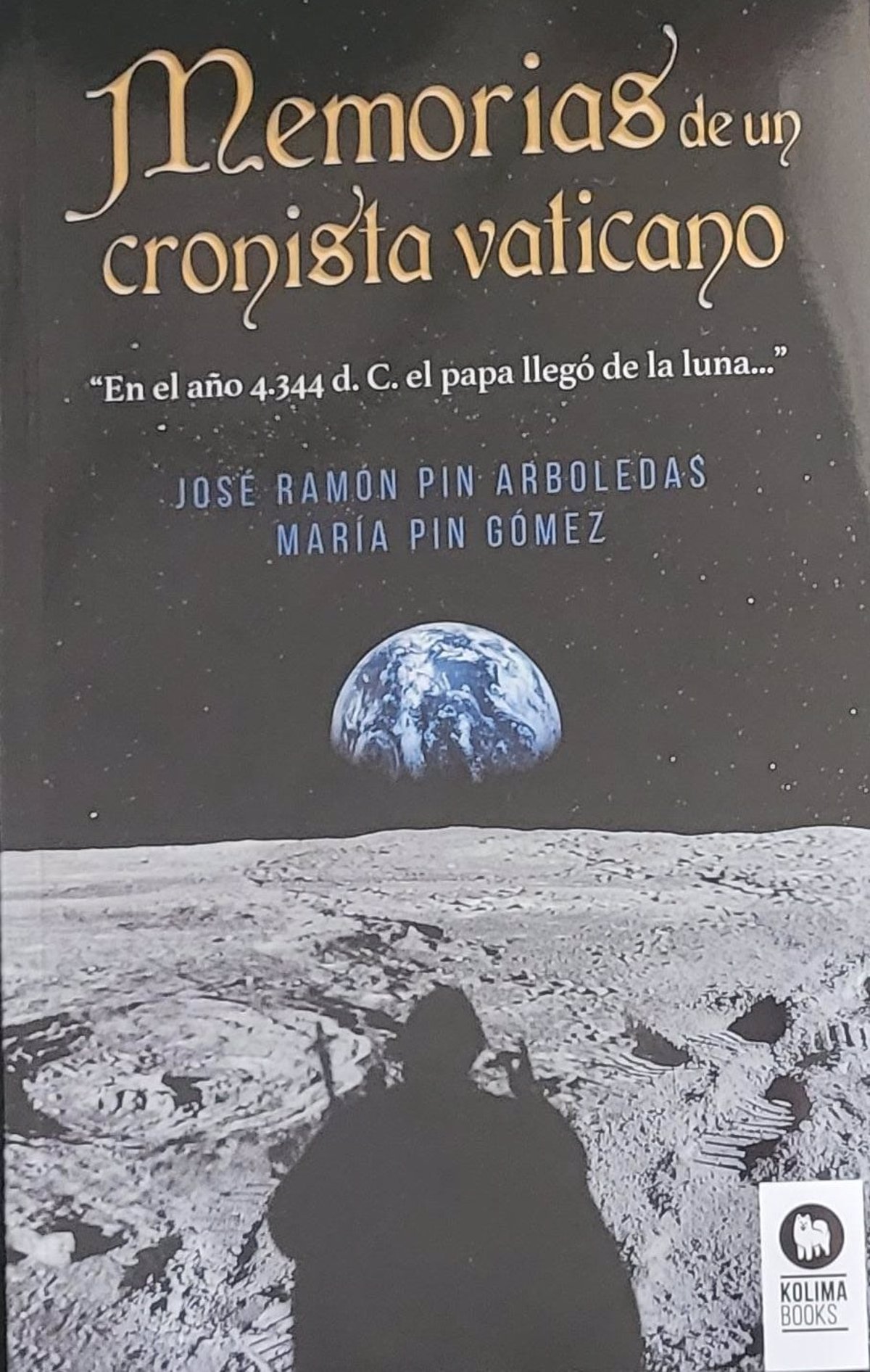 The book ‘Memorias de un cronista vaticano’ (Kolima Books), written by professor, commentator and ex-politician José Ramón Pin Arboledas and Europa Press journalist María Pin Gómez -father and daughter-, which imagines a world in the year 4,344 in the one that the Pope arrives from the Moon, seeks to be a “warning” before an “invasion of a politically correct thought”.

“There is an invasion of politically correct thinking that aims to discredit certain institutions, including the Catholic Church, and it seemed to us that a series of messages had to be given,” explained José Ramón Pin Arboledas, in an interview with Europa Press.

These messages are intertwined in a web of entanglements and intrigues that involve the highest political and ecclesiastical spheres, the media and financial-political-theological coalitions.

“Although it is set in the year 4,344, people will be the same, we think that people will have their desires, temptations, vices, virtues and the desire for power, and we must explain that the human being will be more or less the same over time and that institutions such as the Catholic Church will not disappear, but on the contrary, they will always be useful and necessary in society “, Pin Arboledas has detailed.

He also considers that it will be necessary in that future, as it appears in the book, a global government so that the world cannot be “destroyed” although, on the other hand, he warns that “great care must be taken” so that this government global is not “hijacked by a certain ideology or by certain interest groups, economic or even ideological groups.” It is a warning, but with hope, has qualified.

In addition, in ‘Memoirs of a Vatican chronicler’, humanity not only continues to exist in the year 4,344 but has established a colony on the Moon and is thinking of expanding into stellar colonies due to the demographic problem.

Precisely, the plot revolves around a bill that wants to restrict celibate priests from traveling to other space colonies, stating that the next colonists, even if they are single, must commit to helping human procreation and forming families.

What happens from here on, the reader discovers thanks to the story made by one of the protagonists, the ‘Vatican chronicler’ who is confirmed in office by Pope Callisto X, coming from the Moon, as soon as he is elected Pontiff.

“As always happens, practically since the birth of the Catholic Church, the celibacy of priests has been attacked from outside and from within the Church itself, within 20 centuries it continues, and the global government that is heir to the politically correct thought that we are living these days trying to put obstacles so that the catholic priests do not go to the stellar colonies “, explains Pin Arboledas.

Beyond the fact that there is a colony on the Moon or that taxis are flying, the authors of the book have imagined a world in which political affairs and even the way of life have not changed so much – you continue to eat ice cream or dishes Italian as typical as lasagna or pizza.

“Politicians are going to have their economic and ideological interests, they are going to try to influence society, and that means that we have to think that what is happening in the 20th and 21st centuries is going to greatly condition what is going to happen in subsequent centuries. , we are in a kind of change curve, at a time when what we do now can lead to a free society, in which people can have an opinion, or in a society in which there is a practically dominant thought that conditions the people. What we have is to defend freedom, it is a song towards freedom, “he explained.

Likewise, the book leaves open some questions and moral dilemmas for the future that are reminiscent of events in the past –such as the discovery of America–, such as “if the Catholic religion is only for the homo sapiens species” or if, on the contrary, possible extraterrestrial civilizations should be evangelized.