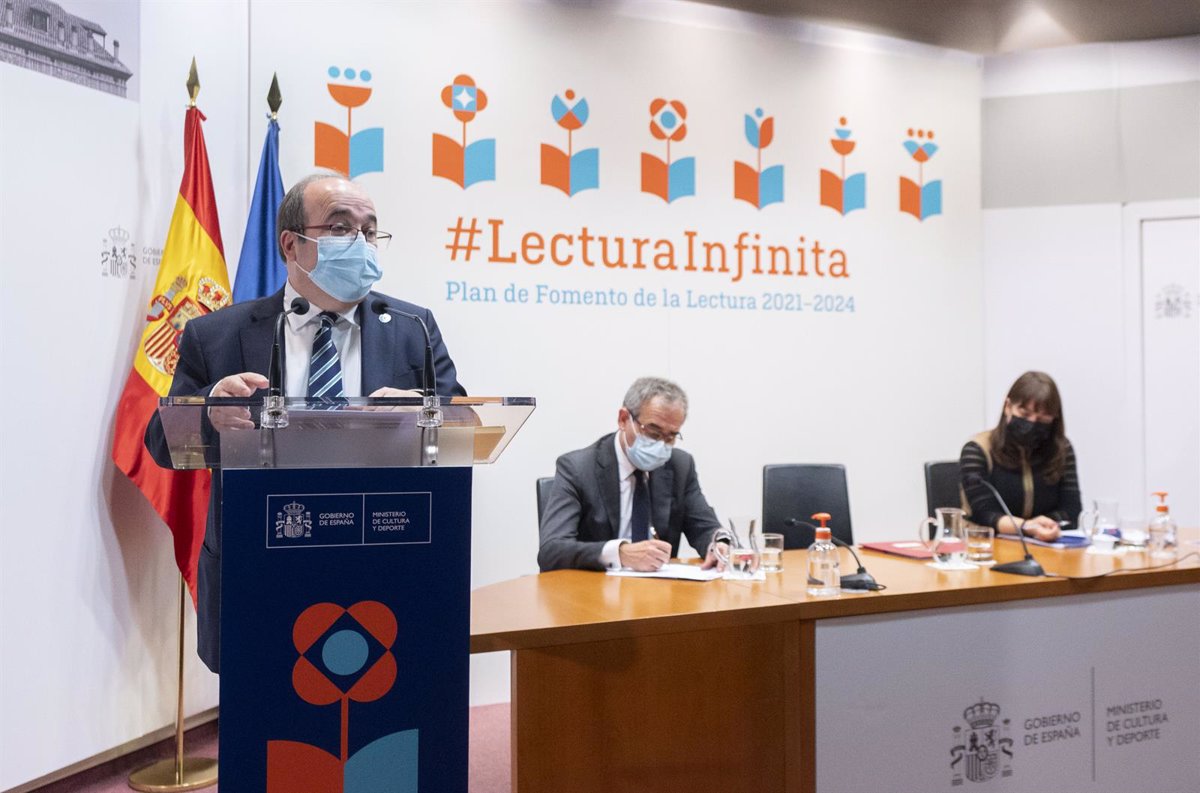 The Ministry of Culture and Sports has presented the Reading Promotion Plan 2021-2024, which will have an economic endowment of at least 40 million euros for the next triennium, as indicated by the general director of the Book and Promotion of Reading, Maria Jose Galvez.

Thus, the endowment for the year 2022 will be 13.2 million euros and, “in the worst case“It will be the endowment that will be maintained for the next two years.”It is an open plan and everyone can join and enrich it, and it will also be self-evaluating“, has indicated the Minister of Culture, Miquel Iceta.

Gálvez has cited some of the programs included in the plan, among which are reading in childhood with actions such as reading aloud, a future Comic Book Day, the contribution of “ambassadors” of the book or influencers or reading animation in the rural world.

As they have highlighted, the objective will be to add readers to the 30% of the Spanish population that admits never reading. “Over the last few years, different reading plans have been approved and the indexes are growing slowly, if we except the last two years with somewhat higher growth, “recalled the president of the publishers union, Patrici Tixis, who has asked to include the book” on the agenda of the country’s great priorities.”

With the motto ‘Infinite Reading’, Culture aims to achieve “that reading becomes a real social habit”. The proposals of the Book Table, as well as the Ministry of Education and Vocational Training, teachers and school libraries, have been taken into account, and a representative of the CCAA and the FEMP has been in the working group.

The trend in reading habits in Spain has been increasing since 2010, reaching 68.8% of Spaniards who read in 2021. The plan will begin to be implemented in January, when the Government begins to make use of the investments provided for in the General State Budgets.

Thus, we will begin by presenting the plan’s self-evaluation system; the adhesion mechanism of the different projects, entities and, where appropriate, the beginning of the formalization of the first collaboration agreements.