Scotland reexamines its heritage in the age of Black Lives Matter 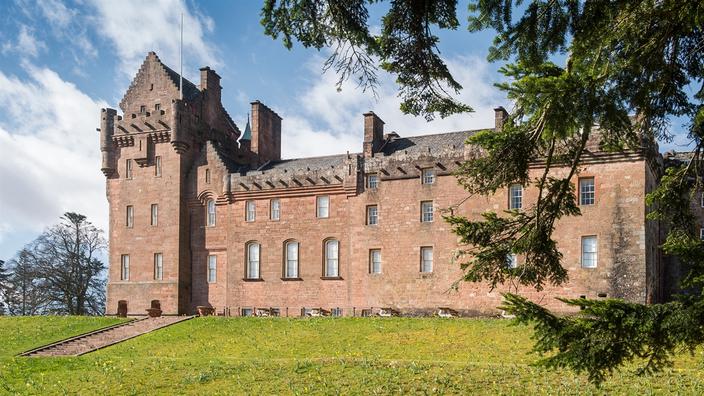 Castles, gardens, villages … One report designates around fifty historic sites as the result of the slave trade and slavery. A new woke madness for historian Robert Tombs.

Scandal in the Highlands. A 60-page report was commissioned by the National Trust for Scotland, the body responsible for the protection and promotion of Scottish heritage. Its title sounds like repentance: “Facing our past»!

On 885 kilometers of coastline, “The organization owns and maintains a significant number of estates, gardens, buildings and collections»Lists Jennifer Melville, project manager. This report is, according to her, the first step which aims to become aware of the “truth” on Scotland’s slave past. “VShe heritage has been created, improved or financed by the suffering of others, she explains. We can bring these truths to life and address their complex history». Before justifying the writing of this report: “Our public demands to know more about it.»

Read alsoCanada: calls for the removal of colonialist symbols from public space

Among the 48 controversial sites, some are the most touristic in Scotland, like the dizzying Glenfinnan monument. This tower, 18 meters high, marks the beginning of the Jacobite uprising of 1719. Close to the shores of Loch Shiel and surrounded by mountains, the monument is today disputed, 302 years later, by this famous report. The latter explains that it was built by Sandy Macdonald, a wealthy businessman who made his fortune in Jamaica, during the height of the slave trade.

“Focusing on slavery while ignoring its many other flaws exposes the madness of the woke view of history.”

This work also calls into question the role played by certain influential figures of the time, such as Charles Edward Stuart, the second contender for the Scottish and English crowns. According to this report, we must go back to 1745, shortly before the battle of Culloden, that the one also nicknamed “Bonnie Prince Charlie“Will lose, to understand where the” problem “comes from. Indeed, underlines the document of Jennifer Melville, the pretender “sailed from Nantes – a busy port in the transatlantic slave trade – to the Hebrides, in the summer of 1745 on a French slave ship». The latter belonging “to the wealthy shipowner, slave trader and plantation owner of Irish descent, Antoine Walsh».

This report could cheer up activists in the “Black Lives Matter” movement, who are already very active in Scotland. And especially in Edinburgh, where the statue of Henry Dundas, a politician who worked to delay the abolition of slavery, was covered in graffiti. Protests which have also arisen in England with the debarment of the statue of the slave merchant and English patron Edward Colston, in Bristol in the south-west of the country.

« Focusing on slavery while ignoring its many other flaws exposes the insanity of the woke view of history.“Explains historian Robert Tombs, in the column entitled”Why delete Bonnie Prince Charlie now?»And published in The Telegraph . Before continuing: “It seems to be the only thing that touches modern consciousnesses. Yet the slave trade was widely viewed as a bad business even then. ”