Criticized for having mixed in Saudi Arabia, David Guetta defends himself 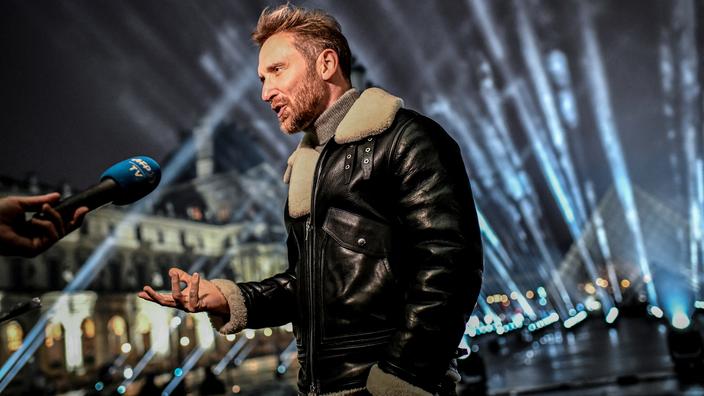 The star DJ performed at a festival in Riyadh, to the chagrin of human rights defenders. He deplores a politicization of his performances.

He refuses to hear it. On December 19, international DJ David Guetta was one of the star guests at the Riyadh festival, a protest that NGOs condemn because of Saudi Arabia’s numerous human rights abuses. Is he indifferent to these calls? He denies it. “I don’t play for politicians, I play for people David Guetta explained to Billboard magazine. You know, if I were to play only in countries where I totally agree with the leaders, I would probably stay at home.»

The explanation risks not convincing the associations which assimilate the festival to a communication operation of the Saudi regime in order to straighten the image of the country abroad. NGOs have for years denounced the ultra-rigorous system which has seen an increase in the arrests of opponents, abuses against the LGBTQ + community, violations of women’s rights and summary executions.

These concerts, however, marked a shift in absolute monarchy since, for the first time, women and men were allowed to dance together in public. But organizations see the use of culture as a lever of influence.

I don’t say what I say because I get paid. I get paid to come to any country, and I can get paid in Saudi Arabia, America, Europe, and Latin America. I want to be able to play for people everywhere I go

David Guetta affirms that his coming, like in any other country, is motivated by his desire to entertain the public. “I don’t say what I say because I get paid. I get paid to come to any country, and I can get paid in Saudi Arabia, America, Europe, and Latin America. I want to be able to play for people wherever I go. Afterwards, maybe I would go to China? Should I stop going to America when I don’t always agree with some of the things that are going on there?Explains the 54-year-old musician, who has resided in Dubai, United Arab Emirates since 2014.

David Guetta is not the only one in the sights of NGOs since nearly 200 artists have participated in the demonstrations organized by Riyadh in recent weeks. Justin Bieber has also drawn the wrath of human rights organizations for performing, with American star Jason Derulo and, this time again David Guetta, at the Soundstorm festival in Jeddah, on the sidelines of the first Formula 1 grand prix of the kingdom.

In Riyadh again, David Guetta was not the only great performer at the festival. He mixed with his international colleagues DJ Snake, Martin Garrix and J. Balvin, for the time of a concert, to make the population forget the rights they do not have.