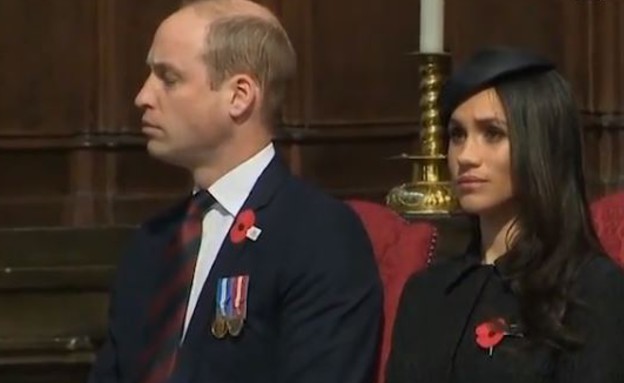 An action-packed year has passed for Prince Harry and Megan Merkel, who were just trying to get used to their new life in Los Angeles and never stopped absorbing fire. The outrageous interview with Oprah Winfrey has turned out to be all the dirty laundry in another Harry series with Oprah, and while everyone was expecting an exciting reunion around Prince Philip’s funeral – Prince William’s harsh remarks about Megan Merkel are now being revealed.

Megan, as I recall, opened an interview with Oprah about Prince William’s wife – Kate Middleton. Megan said it was Kate who made her cry days before her wedding, and not the other way around, as many thought. Apparently William, who was furious at the interview with Oprah and the move by Harry and Megan, is still harboring resentment for his sister-in-law, because people close to Will say he made a rather harsh statement about Megan to his relatives.

Relatives who spoke to the British Daily Mail said that on the day of his grandfather’s funeral, Prince William was furious about Megan’s treatment of former employees. “The way this damn woman treated my team was cruel,” insiders said, adding that Prince Harry’s friends said she was a “500 percent nightmare.”

Megan, it will be recalled, did not attend Prince Philip’s funeral because she was in advanced pregnancy with her second daughter who has since been born. Many times people close to the star have told of seemingly inappropriate behavior on her part towards the employees, and now, with Prince William’s statement – it seems more real than ever.