Two months ago, like a rock star, Michel Houellebecq was back on stage 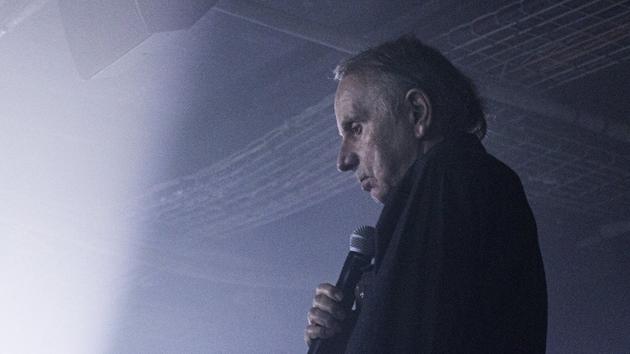 For three performances, the poet transformed the Rex nightclub in Paris into a crypt, for his show Low altitude existence.

It started on November 7, two months to the day before the release of his eighth novel, Annihilate . No doubt not by chance. Michel Houellebecq performed for three evenings in the Rex nightclub, transformed into a crypt for an ephemeral show entitled Low altitude existence .

Since 2014 and Void waters, with Jean-Louis Aubert, at the Maison de la poésie, Houellebecq was no longer on stage. He didn’t want it anymore. What urgency could have pushed him to make his comeback? Perhaps the enthusiasm of three young admirers, Victorien Bornéat, Margot de Rochefort and Hugues Jourdain? The first, who is not an actor, had already tried a few years ago to convince him to participate in a show based on his poems. The writer had said no.