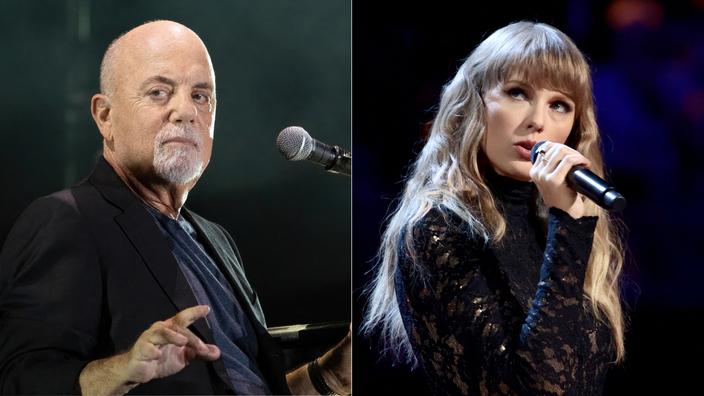 The 72-year-old pianist is full of praise for the record-breaking American singer who, according to him, has managed not to compromise between popularity and creativity.

Find “the new ones Beatles » is as much an exercise in style as in tradition. The qualifier – laudatory or not, depending on taste – has been distributed to an innumerable amount of musical groups since the end of the 1960s, from the British of Electric Light Orchestra to the South Koreans of BTS, passing by Justin Bieber and other One Direction. It does not matter that the comparison has long since emptied of its literal meaning: the consecrated expression now designates any king of world pop. Or queen, for that matter, if one relies on the latest statements from American singer and pianist Billy Joel about Taylor Swift.

“She’s like the Beatles of this generation”, said the 72-year-old artist in an interview in November in the American daily USA Today . Asked about contemporary musicians, Billy Joel invoked the name of the 32-year-old singer who has been on the heels of popularity for several years. So much so that in the spring of 2021 it exceeded a record held for 55 years by the Beatles by taking first place in less than twelve months. charts British with three different albums. “She’s great. We can only applaud him. She knows music and knows how to write ”, said Billy Joel, hiring an artist “Very talented, productive and continues to come up with great concepts and songs”.

Adele, a “Renaissance of Streisand”

Himself an international pop-rock star with more than 150 million albums sold in his 50-year career, Billy Joel also praised Britain’s Adele, “A phenomenal singer, like a rebirth of (Barbra) Streisand». And a commercial juggernaut, too, 30, his last album released in November having sold more than a million copies worldwide. As with Taylor Swift, the American pianist seems to have recognized in her an artist whose incredible success has never denied her immense talent.

In the same interview for USA Today, Billy Joel was delighted to see the great intermingling of generations that had blossomed in his time, following World War II, continue. “When I was a kid, my generation didn’t like my parents’ music. They listened to classical music, (Frank) Sinatra , Perry Como, that kind of singers. We kind of left them in the past ”, the pianist recalled, finding it somewhat surprising that this outspoken iconoclasm is less marked these days. “There are a lot of young people who look to the past again and love their parents’ music, which is a strange phenomenon», He observed. By adding : “I’m grateful to them, because at least they make more noise.” A noise inaugurated by the first groupies of Elvis Presley. And soon after, by the no less bellowing Beatles fanatic.