The Prado Museum will house a ‘Picasso’ donated for five years 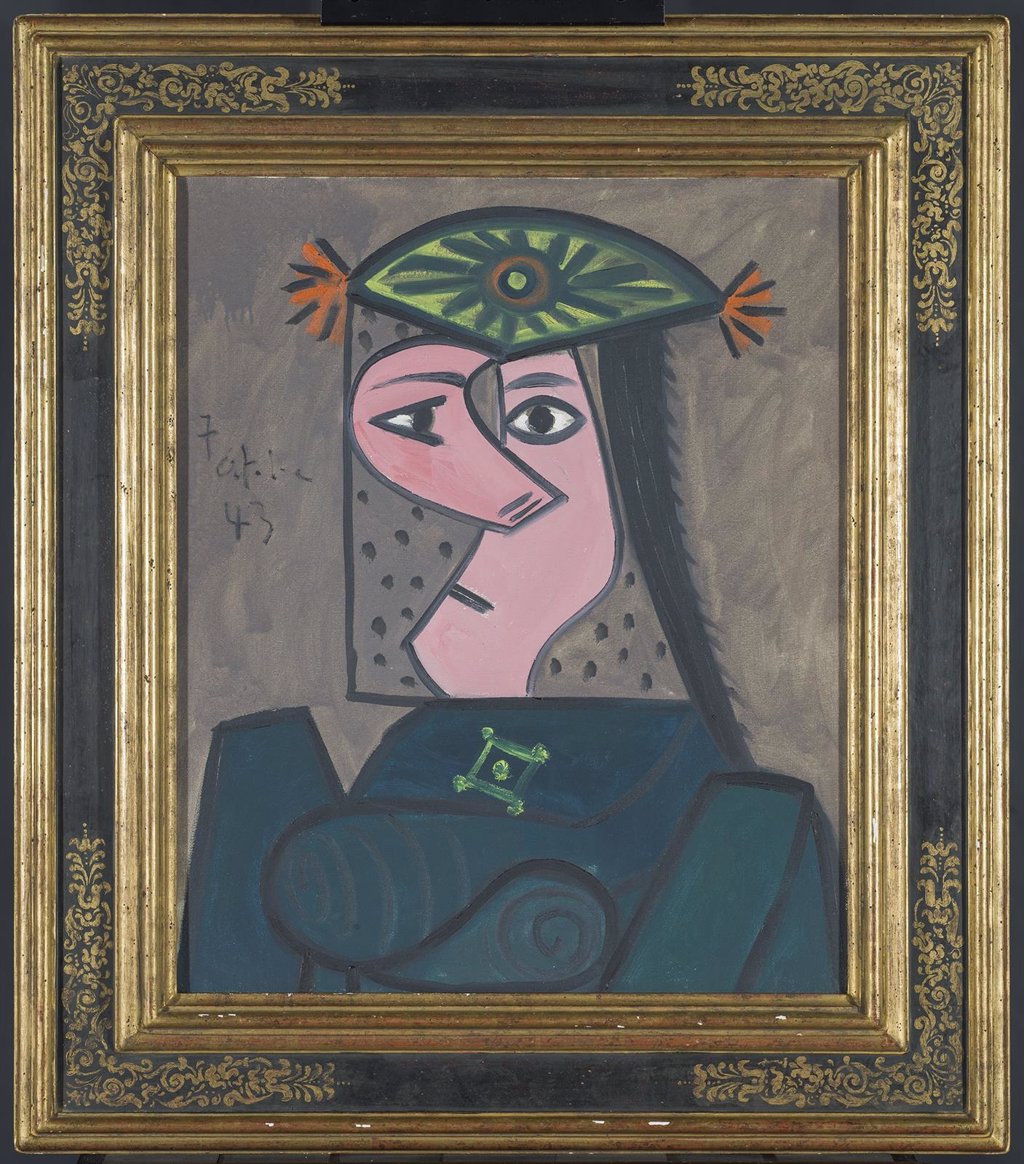 The Minister of Culture pointed out that a Picasso in the Prado would seem “good” to him, although ruling out that it is the ‘Guernica’

The Royal Board of the Museo Nacional del Prado has accepted the deposit, for a period of five years, of ‘Buste de Femme 43’, by Pablo Picasso, which will be exposed “immediately “in the portrait rooms of El Greco, one of the most obvious references in the painting of the Malaga artist.

This work, made by Picasso in 1943, has been donated to the American Friends of the Prado Museum by the Aramont Art Collection of the Arango Montull family- A spokesman for the gallery has explained to Europa Press that they expect the painting to be hanging within “two weeks”- while he has remarked that both the Ministry of Culture and the Reina Sofía Museum knew about this donation “from the first moment”-

“It is an opportunity that arises along the way- What do we prefer, that there is a Picasso hanging on the wall of a private house or that it be visited by all Spaniards?“, they have indicated from the Prado, remembering that” without the support of the Ministry, this would not have gone ahead “-

‘Bust of a Woman’, made in 1943, is a high-quality sample of Picasso’s response to the violence of World War II– In many of the female images painted in that period, the artist deformed the features of the figures in a radical way-– In this one, painted in a single day, he did it with fast and very safe strokes-

The president of the Royal Board of Trustees, Javier Solana, stressed that the decision of the American Friends of the Prado Museum is “undoubtedly good news for all Spaniards and also for all those who visit the country attracted by its wealth of heritage-”

“A painting of one of our great national geniuses, until now in the hands of a private American collection, becomes publicly accessible and this makes all of us who love Picasso’s work, museums and culture happy- Spanish institutions have shown a reaction capacity to comply with all the procedures that have made it possible for Spain to be more culturally rich today than yesterday-“, has added-

For his part, the director of the Museum, Miguel Falomir, has expressed his gratitude to the donors and has congratulated that the Prado Museum “has penetrated” in collectors’ circles in the United States- “This deposit is excellent news for an institution whose first vocation is to make art accessible to citizens-“, has indicated-

URIBES: “IT SEEMS GOOD TO ME THAT THERE IS A PICASSO IN THE PRADO”

The Minister of Culture and Sports, Jose Manuel Rodriguez UribesHe already pointed out that it seemed “good” to him that there is “a Picasso” in the Prado Museum, although discarding that this work is the ‘Guernica’ because “everything has a limit”-

“The ‘Guernica’ is fine where it is, everything has a limit: continuity is not confusion and I think things are fine the way they are“, said the minister last March in the Informative Breakfasts of Europa Press-

Then, Uribes also added that he relies “a lot on the criteria” of both the Reina Sofía Museum – where Picasso’s work is to be found – and the Prado himself- The minister was referring in this way to the Prado Museum’s acquisition of a work by the artist María Blanchard, from the same date as Picasso and whose work in Spain is mainly in the Reina Sofía Museum-

“It seems good to me that there is ‘a blanchard’ or ‘a Picasso’ in the Prado “, he pointed- In fact, he considers that it has been “a more media controversial” than something that has to do with “the relationship between museums-” “We have a look at the museums of continuity and Picasso, who is a great artist, is at the center and is what he serves- Blanchard is a few days before Picasso and I would not make it too controversial, “he defended-

DONATION OF ANOTHER WORK BY VELÁZQUEZ

Added to this deposit is the acceptance, by the Royal Board of the Prado National Museum, of the donation of the work ‘Portrait of Felipe III’ by Velázquez, also offered by American Friends, after having remained in deposit since 2016-

On the other hand, during this session the accounts corresponding to the 2020 financial year were also approved, a year marked by the health emergency due to the global pandemic, which closed with a negative equity result of 18-5 million euros-

The director of the Museo Nacional del Prado, Miguel Falomir, highlighted in his speech that “the museum has proven to be able to overcome all difficulties and continue to function in an exemplary manner, maintaining a high level of activities and excellence that has reinforced its emotional bond with Spanish society “.