The beautiful (empty) bookstores of Istanbul 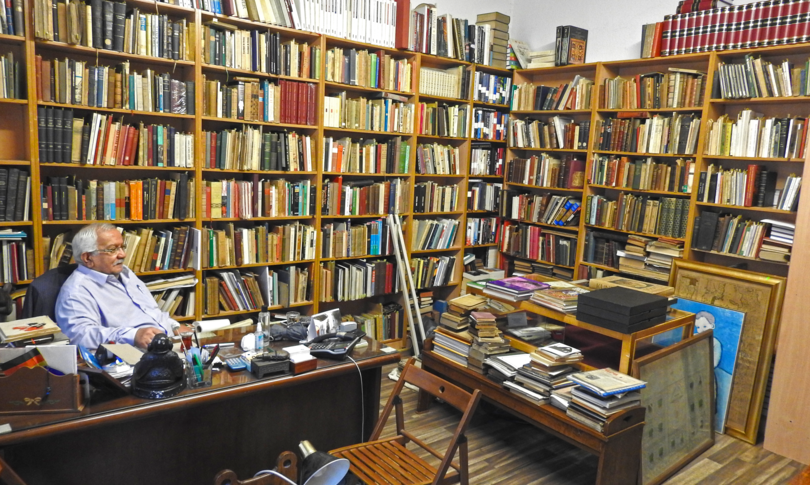 A moment after setting foot in the Muhsin bookstore, one of the most characteristic of central Istanbul, a huge cat comes to rub against my legs, beating a second feline obviously annoyed that I will not be marked with its smell. “They feel alone – says the owner – there hasn’t been much movement lately”.

And the calm that surrounds Mr. Muhsin’s splendid bookshop is the perfect image of how the economic crisis that afflicts Turkey and that has sunk the Turkish lira has hit hard on book sales and publishing.

“During the pandemic, online sales saved us, now foreigners, but we are lucky because this is a crossing point, otherwise I don’t know if we would still be open”. The story of the Muhsin Kitabevi bookshop is a film that repeats itself, a sector already crushed by smartphones and the internet that suffered a near-fatal blow with the economic crisis. “As for the books produced in Turkey, the increase recorded is caused by the increase in paper arriving from abroad and in printing costs, we are talking about an increase between 20% and 35%.

Books from abroad increase according to the dollar and euro valuation and this has made them inaccessible to many “, explains Emin Isli, founder of the Turkuaz publishing house and owner of the magnificent bookshop of the same name, a hidden jewel in the heart of the city. .

“We sell in Turkish lira, but for the books that come and have been printed abroad we are forced to convert the price and they become inaccessible. Here we sell books in 13 different languages, it is not surprising, Istanbul has always been a center of meeting of languages ​​and cultures and consequently of publishing and will continue to be, despite everything “, says Mr. Emin showing me a guide to Constantinople from 1921 in Hungarian.

To understand how much the crisis affects traditional bookstores, a walk to Sahaflar is necessary, the courtyard of a 1500s mosque adjacent to the Grand Bazaar where books, including school books, have been sold since the times of the Ottoman Empire.

“The problem does not concern compulsory school because there are coupons, rather the books for the entrance tests to universities and university texts”. Speaking is a nursing student named Melike who I meet with two colleagues in a shop that sells school books.

“This book I used last year and I paid 35 lire, now it costs 56 ..” says the young woman with a grimace that can be guessed despite the mask. Sinan Ozgen welcomes me to her splendid bookshop in the old courtyard of Sahaflar, and explains that in recent years she has had to specialize in ancient books, art manuals and miniatures.

“Let’s face it, I’ve been doing this job for 46 years and I guarantee you that until less than 30 years ago books were among the expenses that families never gave up. Now I had to change the bookcase, sell mostly antique pieces and miniatures. because we are kept alive by tourists. The truth is that the books had already slipped into the expense items in second third place, now with the crisis they are perhaps in seventh-eighth place or have been canceled completely. The truth is that at this politics is not interested in dealing with an educated people, “insists Mr. Sinan.

The Turkish lira has lost around 40% of its value in the last year, while inflation is steadily above 20%. The monetary policy of Turkish President Recep Tayyip Erdogan is under accusation, stubborn on the cut in interest rates to the point of changing 3 central bank governors and 3 finance ministers in two years.

However, even now that the lira is more stable and has actually recovered ground against the dollar and the euro, the prospects for 2022 are far from rosy. The alarm was raised by Burcu Aktas, founder of the Cinar publishing house, according to which stabilizing the exchange rate is the most important factor, but the intervention of the government is fundamental.

“We have been told to ‘print less’, but subsidies are needed that we have not seen in years, just as we are asking the state to intervene to calm the price of paper as it happens with foodstuffs. The VAT on imported paper must be cleared and imports must also take place from non-eurozone countries “. If urgent measures are not taken, prices in 2022 could increase by as much as 60% and “printing less” may not be a solution, but only the final phase of a slow agony.