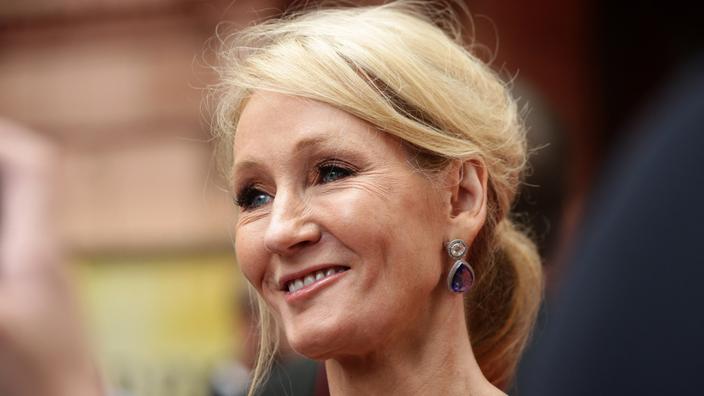 The cast is reunited in a special episode, Return To Hogwarts, broadcast on the occasion of the 20th anniversary of the release of the first film on HBO on January 1 and from January 2 on the Salto platform in France.

A return of Harry Potter without its creator JK Rowling? The question has been tormenting fans for weeks, the English daily The Independent provides some answers. The author will finally be present on January 1 in Return To Hogwarts broadcast on HBO, on the occasion of the 20th anniversary of the release of the first film Harry Potter and the sorcerer’s stone.

A very brief presence. She does not appear in any promotional videos or alongside the actors in the films. The latter evoke on several occasions its influence and its importance. Her only appearance is a short sequence in which she brings up the Sorcerer’s Apprentice casting process.

Become an idol across the world since the release of the first book of the saga in 1997, the image of JK Rowling has greatly deteriorated last year when she made comments considered transphobic. In June 2020, the opinion site Devex published an article titled “Create a more egalitarian post-Covid-19 world for people who have their period”. In reaction to this article, she was commenting on her Twitter account «“People who have their period”. I’m sure there is a word for these people. Someone help me. Families? Are you? Fimmes? “

A stance that had shocked. The author had drawn the wrath of an entire community. She has repeated her remarks several times since, provoking the ire of her detractors, creating controversy at each of her public appearances.

This special program, which will be available in France from January 2 on the Salto platform, also contains its share of revelations, in particular from Emma Watson. The interpreter of Hermione Granger explains in an extract previewed in particular by the Daily Mail that she was about to leave the saga when filming the fifth film of the saga, Harry Potter and the Order of the Phoenix, in 2007.

Then 17 years old, she knows since the beginning of her adolescence an excessive media coverage, which quickly turns into weight for her. Rupert Grint, his sidekick on screen and interpreter of Ron Weasley, explains that the subject of this excessive media coverage was never really discussed at the time. “I guess we were going through things at our own pace, we were in the moment at the time. It didn’t really occur to us that we probably all had similar emotions.He admits. Actor Tom Felton, who plays Draco Malfoy, also recalls during the episode that “Daniel Radcliffe and Rupert Grint were together, I had my friends while Emma, ​​besides being younger, was all alone»During the shootings.

Despite this period of doubt, the actress was able to count on the support of the public. “The fans really wanted us to be successful, and we all really stood together. It was great” she concludes.