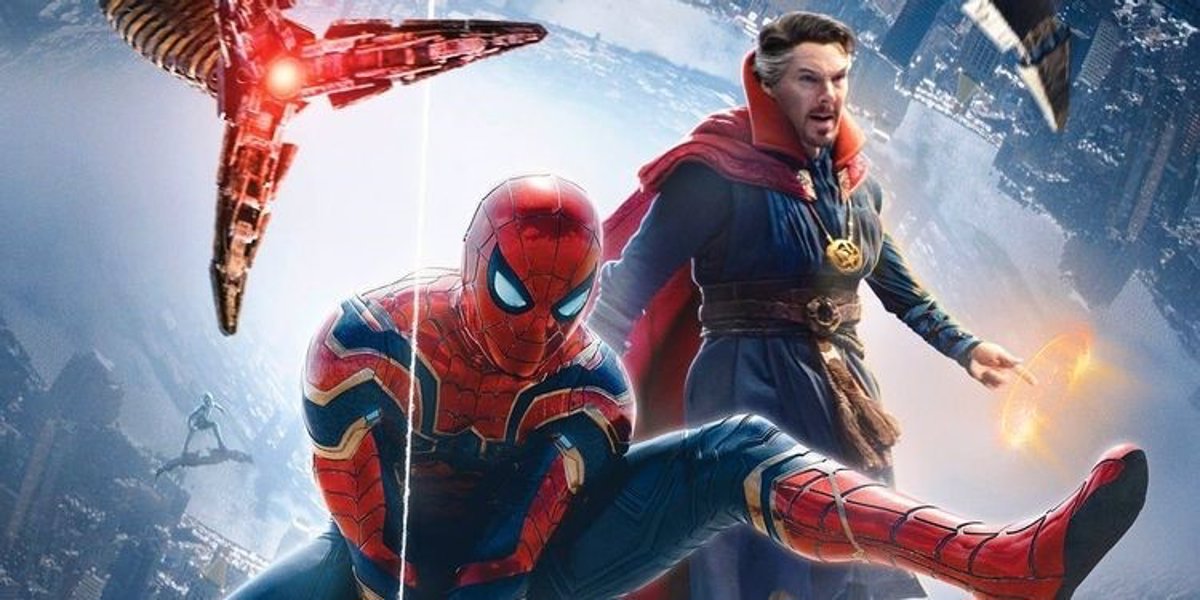 Movie theater attendance in 2021 rose 45% over the previous year until the 41 million viewers and the box office reached the figure of 251 million euros, also 45% more than in 2020, according to provisional data collected by ComScore.

In fact, During the first six months of the year, and due to activity restrictions, the average number of open cinemas was 59%. However, as of July 2, coinciding with the premiere of ‘Fast and Furious 9’, with more than 91% of theaters open, the trend “radically changed“and the attendance to cinemas increased notably, until reaching its maximum the weekend of December 17, with the premiere of ‘Spiderman: No way Home’.

That weekend, the box office achieved, for the first time since the reopening of the cinemas in June 2020, prepandemic figures, with a collection of 9 million euros and more than 1.3 million viewers.

The week of the year with the highest attendance of spectators was also registered in the month of December, from Friday 17 to Thursday 23 (film week) with a total of 2.3 million viewers.

In total, the second semester closed with an attendance of 31.6 million viewers, 165% more than the same period of the previous year, December being the month with the highest number of viewers since the reopening with more than 7 million viewers.

On the other hand, ‘Spiderman: No way home’ it has broken all records and in just five days since its premiere it has managed to be at the head of the most viewed international productions of the year (with 17.4 million euros and 2.7 million viewers).

SPANISH CINEMA COMES BACK, BUT STILL AT MINIMUM

For his part, Spanish cinema has closed 2021 with a market share of 16.6%, surpassing by more than a point and a half compared to 2019. Spanish cinema will predictably close the year 2021 of the coronavirus pandemic with the lowest figure since the beginning of the 21st century, although close to the figures of the previous year marked by the pandemic , thanks to the final arreón in this month of December of some of the recent premieres, according to provisional data collected by Europa Press from the Ministry of Culture and Sports, which in the absence of closing the year already exceeds 40 million euros.

The boost to the box office in this last month of films such as ‘Way down’, by Jaume Balagueró or ‘The good boss’, by Fernando León de Aranoa, added to the recovery that the announcement of the candidate films for the Goya Awards always entails, has made the box office pass 34.7 million euros and 5.8 million viewers in just 20 days from the beginning of December to 40.4 million euros and 6.7 million viewers in the last week of this month.

Despite the fact that in this last week it could exceed the collection of the previous year, the trend these days of assistance is being downwards due to the health situation and even some premieres that were scheduled for next year such as ‘La abuela’, Paco Plaza’s film (for January 5), have already been postponed pending improvement.

In 2020, Spanish cinema registered a total of 43 million euros and 7.3 million viewers, a figure that already then represented the worst mark in the last two decades – and which made up thanks to the good work of ‘Father there is only one 2’-. That year, despite starting the first two months at a very good pace, there were both two months of confinement and severe restrictions on capacity, which hurt the box office.

The year 2021 has in the comedy ‘A todo tren. Destino Asturias’ – released in the summer – to the outstanding collection leader, thanks to its 8.4 million euros and 1.5 million viewers. Once again, Santiago Segura is once again the highest-grossing director of the year, with a cast led by Leo Harlem and Florentino Fernández.

After this title, a film released in mid-November, ‘Way down’ by Jaume Balagueró, seems to boost the box office of Spanish cinema at the end of the year, with 5.3 million euros collected and 837,891 viewers with five weeks on the billboard. ‘The Good Patron’, the Spanish film selected for the Oscars, has exceeded 3.2 million euros and has also gathered half a million viewers since its premiere in October, becoming one of the new fund-raisers in the last month.