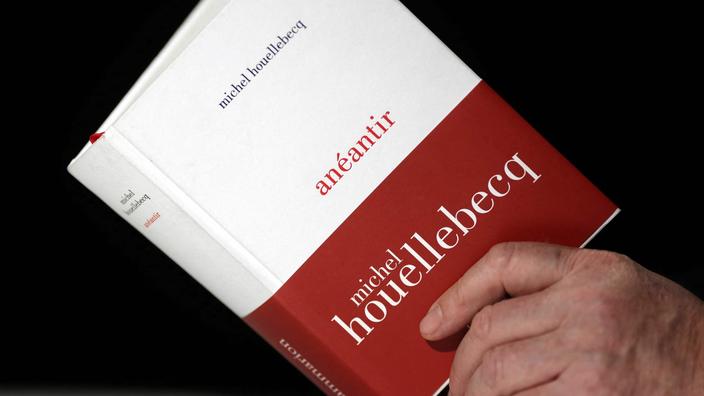 More than five hundred novels arrive in bookstores from Wednesday trying to take advantage of the French craze for the genre.

More than five hundred titles for only a few places in the window: an overabundance of novels arrives in bookstores from Wednesday for the literary re-entry in January, alongside a Michel Houellebecq who captures the attention.

According to the magazine’s count Weekly Books, «the start of the winter 2022 school year will be populated with 545 novels“, The highest number since 2015. Among them, 385 in French,”record since 2013“. Tradition (or superstition) has it that in presidential election years, publishing in the spring is taking a risk. It would therefore be safer to do so in January or February, before politics monopolizes the news. For booksellers, who receive large quantities of books in a few weeks, one certainty: only a small part will find a large readership. Some will get out of it and a good part will quickly fade into oblivion, unfortunately for the authors. “No respite for booksellers after the holidays (…) More than five hundred new releases at each literary season, it’s true that that’s a lot of titles to sell.», Wrote at the end of December on Twitter a bookseller in the Paris region, Anita Martinez.

A novel with an immaculate white cover will take pride of place: Annihilate, by Michel Houellebecq (Flammarion), which comes out on Friday in 300,000 copies. It benefited from extensive media coverage.

Among the authors of the first novels, there are some original paths. Maruska Le Moing (Love eachother, Gallimard, January 13) studied at a business school before becoming an opera singer. Tom Charbit (The Sirens of Es Vedrá, Seuil, January 7) taught political science and then retrained as a ceramist. Novelists portray the crosses of the middle: Eric Neuhoff in the squeaky Literary start (Albin Michel, January 7) and Geneviève Brisac in The Enchanters (L’Olivier, January 7). In this “Molière year”, André Versaille imagines the diary of his companion Armande Béjard (Armande or the Sorrow of Molière, Presses de la Cité, January 6). And in the midst of the resurgence of Covid-19, Laurence Tardieu evokes the leukemia of a child during confinement (From dawn to dawn, Stock, January 5). Among foreigners, the Japanese Haruki Murakami will publish twice on January 20 (at Belfond): news (First person singular) and illustrated memories of his father (Abandon a chat). Albanian Ismail Kadaré resuscitates Stalin and writer Boris Pasternak (Disputes at the top, Fayard, January 5).

When the book is doing well, there is a great temptation for publishers to take advantage of it. So to publish a lot. “Compared to 2020, the return to bookstores has been extremely powerful. And if we look at the figures compared to 2019, that is to say before the pandemic, the growth this year [en 2021] is around 19%», Noted in December on France Info the president of the National Syndicate of Publishing Vincent Montagne.