Almeida denies disqualifications to Almudena Grandes, criticizes a “campaign” against him and respects her widower’s tweet 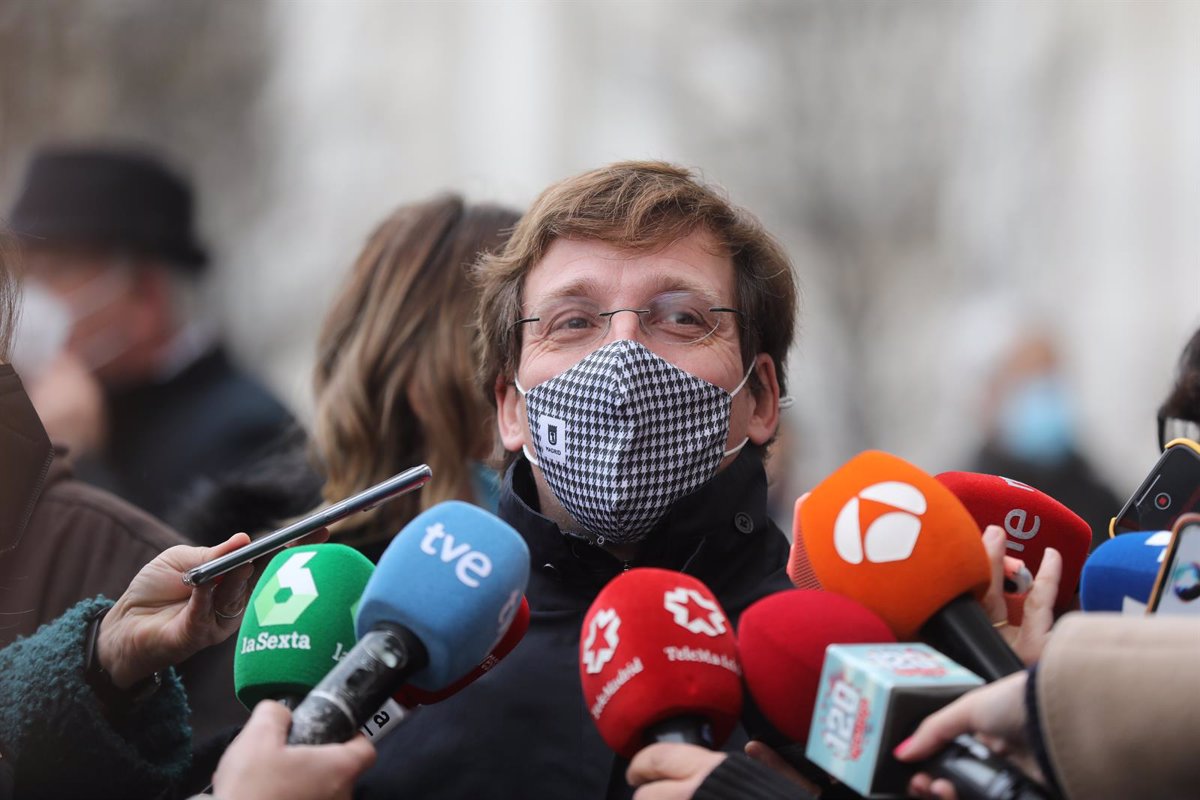 The mayor of Madrid, José Luis Martínez-Almeida, has denied that he has disqualified at “no time” the writer Almudena Grandes, has criticized the “campaign” against him around his appointment as Favorite Daughter of the capital and has shown his “Respect” for the tweet of his widower and director of the Cervantes Institute, Luis García Montero, in which he demanded that the councilor treat Madrid residents with “more dignity.”

This was expressed after the minute of silence that took place in the Plaza de Cibeles for the murder of a minor in the Centro district last week in a case of gender violence.

Faced with questions from journalists about the interview in ‘OkDiario’ in which he assured that the writer “does not deserve” the distinction that will be granted to her as a result of an agreement with the Mixed Group to approve the Budgets for 2022, Almeida recalled that From the local government it was not put at the negotiating table of the municipal accounts that “the procedures to declare Almudena Grandes Favorite Daughter” were started, but it was a “non-negotiable” condition of Recupera Madrid.

In line, he has defended that his statements have been “coherent” with respect to the meaning of the vote of the Plenary in which the left took motions to give this distinction to Grandes after his death. On this occasion the ‘popular’ voted no, but they did agree to give the writer a street.

“They will not have heard a single disqualification of Almudena Grandes. Not a single one. I have circumscribed the debate solely and exclusively to whether to grant him that distinction,” stressed the mayor. This Monday several politicians and left-wing personalities charged Almeida for saying that Grandes “does not deserve” the distinction, but that even so, he obtained the Budgets. An exchange fruit of the “ponderación”, according to the councilman.

Faced with this, Almeida has censured the “campaign” against him for saying that “he denigrates, disqualifies or insults” the recently deceased writer as a result of cancer and has reproached that for defending an “argued voting position” he is falling one ” cataract of insults “.

In this key, he recalled that the PSOE voted against awarding the Silver Medal to Andrés Trapiello and that his legitimacy to vote for that was not “questioned”, but rather the arguments that they wielded.

Finally, he has referred to the message of Grandes’s widower this Monday on Twitter, where he claimed to read “petty statements from the mayor” about his deceased wife and told him that “if he feels a traitor to his far-right friends, there him.”