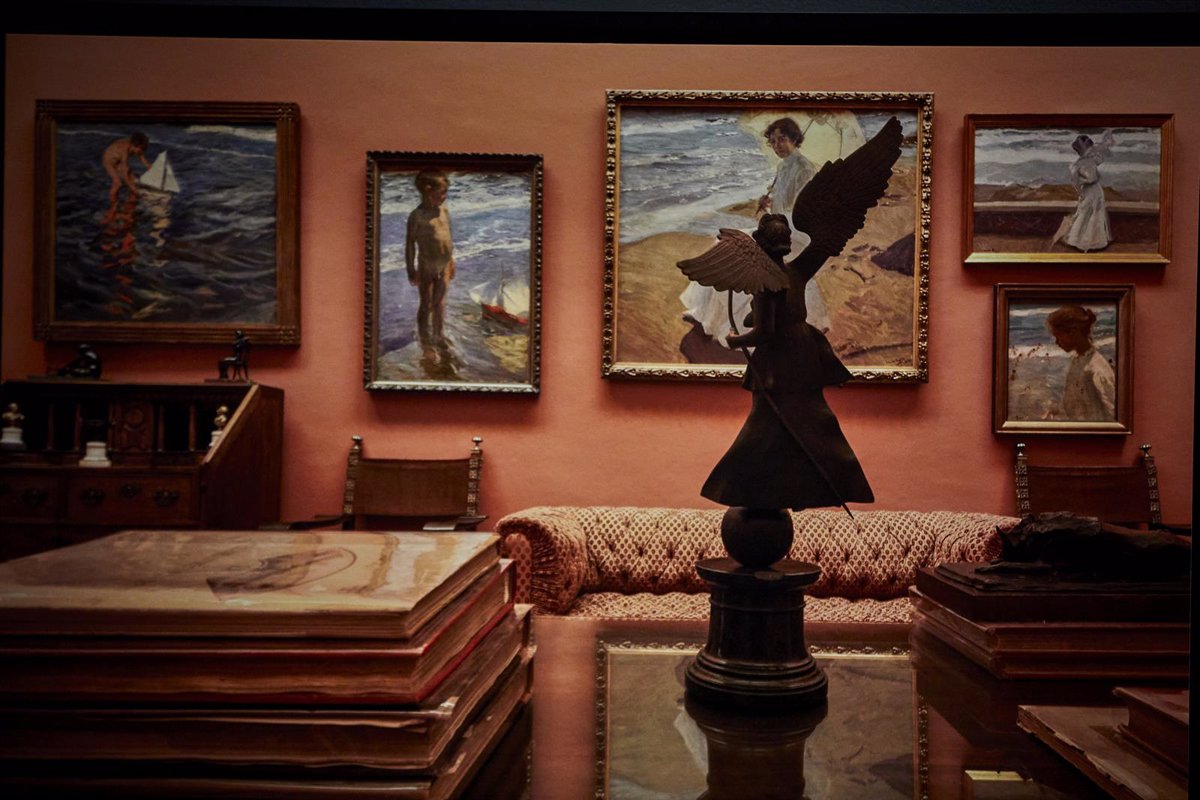 The National Archaeological Museum, the Sorolla Museum and the National Museum of Roman Art in Mérida, the most visited

The 16 State Museums dependent on the Ministry of Culture and Sports, through the General Directorate of Fine Arts, have registered a total of 1,650,033 visitors in 2021, which represents an increase of 55.8% compared to 2020. In In any case, these figures do not exceed the previous levels existing before the start of the pandemic since the global number of visitors in the last year is 43.2% lower than in 2019, before the health crisis.

Regarding the 2021 data, they reflect that the public was cautious in their return to the museum halls during the first months of the year, in which the influx remained in discreet figures. As of June, the numbers show an important recovery in the habit of visiting museums, maintained until the end of the year, with October being the month in which there have been more visits.

In a statement, the Ministry of Culture and Sports emphasizes that the recovery of public trust has been partial and gradual, and specifies that museums have accused capacity restrictions that affect public who come in groups, such as students and tourists. .

Among the factors that have favored the registered increase in visits, Culture refers to the exhibition program of the museums, which it describes as “rich in variety and quality”. In this sense, he adds that some of the best records are located on dates that coincide with the opening period of outstanding exhibitions.

This is the case, for example, of the National Archaeological Museum, which registered its peak of visits in October 2021, after opening to the public ‘Archaeological Treasures of Romania. The Dacian and Roman roots’, or at the National Museum of Decorative Arts, which did the same in November after the opening of the exhibition dedicated to Paula Scher, within the Madrid Gráfica festival.

Of the 16 museums that make up the network, 14 improve their data compared to 2020. The highest percentage of increase, of 214.5%, has occurred in the National Museum of Underwater Archeology. ARQUA, located in Cartagena (Murcia), a rise that is due, among other reasons, to the fact that the Museum has been able to open during the entire year, after 2020 in which it had to close for several months due to the pandemic and the works undertaken to improve its infrastructures.

The Casa de Cervantes Museum in Valladolid follows in percentage of increase, which has seen its visits increased by 145.1%. Other museums with very considerable increases are the Cerralbo Museum, which with its 99,024 visits improves by 73%; the National Museum of Anthropology, which closed the year with a 77.3% increase (60,070 visits) or the National Museum of Decorative Arts, whose increase was 62.8% (48,896 visits).

The National Museum of Anthropology, for its part, closed the year with 60,070 views after the inauguration of ‘BIBA CHAMORU. Culture and identity of the Mariana Islands’. Outside of Madrid, Culture highlights exhibitions such as’ Non Finito. The art of the unfinished ‘, at the National Sculpture Museum in Valladolid, or’ Grupo Tolmo. 50 years of creative journey ‘, at the Museo del Greco, in Toledo.

The Ministry of Culture and Sports adds that, during 2021, it has undertaken works to improve infrastructures in several museums, such as the reform of the roof and skylight in the National Museum of Anthropology or the works carried out in the Museo del Traje, which reopened its doors to the public on October 27 with an exhibition of its completely renovated permanent collection.