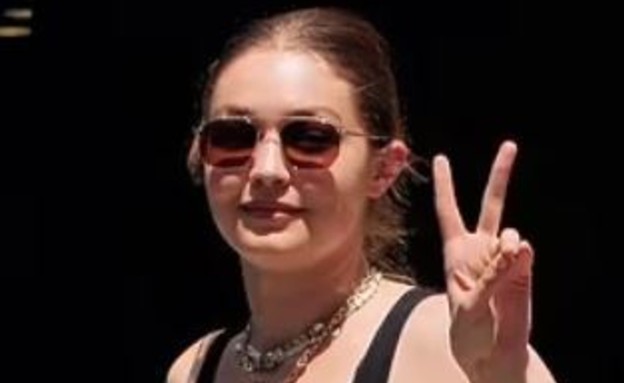 Gigi Hadid and her sister recently won the title of woman that Israelis love to hate the most, after devotedly and rigorously attacking the State of Israel during Operation Wall Guard. But apart from our political figure, Gigi is also a real woman who gave birth to her first daughter nine months ago – and this is what she looks like when she reveals her belly in New York.

The 26-year-old star was photographed in New York on her way to her first fashion show since giving birth. Gigi wore wide brown pants and a tiny black top, and closed the look with aviator goggles, gold and pearl necklaces and black Allstar shoes. Gigi made a lottery mark for the excited photographers, leaving us with a lot of question marks regarding her look a moment after the birth.

Gigi was recently interviewed by iD magazine and talked about how she and Zayn want to raise their baby daughter (politically, of course). “Zayn and I talk a lot about how we’ll raise Kai. It’s very important to us, but we’re experiencing it for the first time. Both my parents and Zayn’s parents are living their legacy. We’re the first generation of this race to mix, and we feel the bridge between the two. “The parties. My parents did not experience it and they can not really help me deal with it. It is something I will always learn during my life.”