Farewell to Sidney Poitier, the first African American to win the Oscar 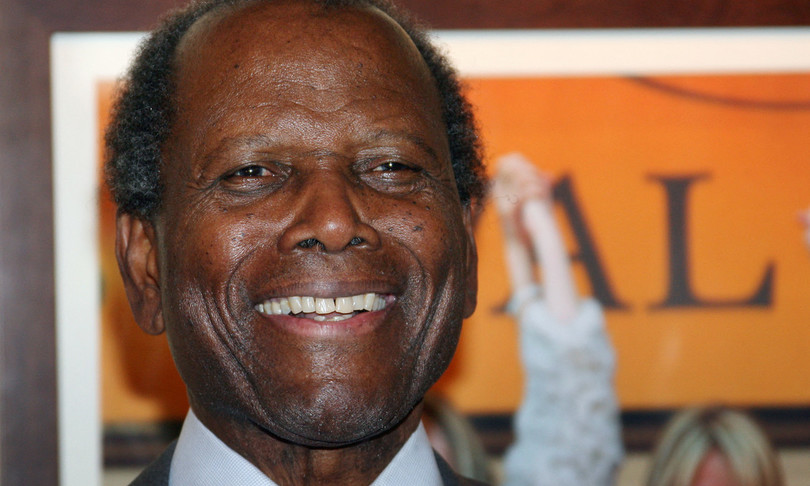 American actor Sidney Poitier has died at the age of 94, first black to win the Oscar in 1964 as best interpreter. The US media reported it. Poitier was also the first black actor to win an award at the Venice Film Festival in 1957, and still the first black performer to be nominated for the Academy Awards in 1958.

Poitier, born on February 20, 1927 in Miami, died in his home in the Bahamas, his parents’ country of origin, where he spent the first years of his life in poverty. It was a Hollywood icon and won the Oscar for his performance in the film ‘The Lilies of the Field’, for which he also won the Golden Globe. In the sixties, with the roles played and the great success achieved, he represented the symbol of cultural integration in American cinema.

At 15 he had joined his older brother in Miami without improving his social status. In 1945 he moved to New York where he did menial and occasional jobs. After studying to improve accent and bearing, he entered the American Negro Theater and landed a small role in a Broadway production, Lysistrata, which earned him immediate attention and critical acclaim. In 1950 he made his debut in the cinema: in his first film, ‘No way out’ (‘White man tu vivraì) directed by Joseph Mankiewicz, in which he plays the part of a young doctor unjustly accused of having let a man die, already surface the decisive and recurring themes in his filmography of racism and violence.

In the following years, after participating in Richard Brooks ‘interesting’ The blackboard jungle ‘, in 1955, in the role of a rebel pupil, he obtained an Oscar nomination for The defiant ones (‘ The mud wall ‘) by Stanley Kramer, whose dominant theme is once again racism. In 1961 he was next to Paul Newman in ‘Paris blues’ (1961) by Martin Ritt, the story of two American jazzmen in the Paris of the sixties.

In the subsequent ‘Pressure point’ (‘The school of hate’, 1962) by Hubert Cornfield, a psychological drama centered on a real clinical case taken from The fifty minute hour, Poitier plays the part of an army psychiatrist to whom, during the Second World War, an anti-Semitic, racist and Nazi sympathetic soldier is entrusted to the care, arrested for sedition.

It was instead with a sweet-toned comedy that the actor won the Oscar: ‘Lilies of the field’ (‘I ligli del campo’, 1963) tells the story of a vagabond, played by Poitier himself, who ends up helping some German nuns who decided to build a chapel in Arizona. One of his most famous films, ‘Guess who’s coming to dinner’ by Kramer, is from 1967, especially for the Italian audience.

Like the other film of the same year, ‘In the heat of the night’ directed by Norman Jewison, although distant in terms of genres and themes, met with great international success, fully reflecting the relationship that has always existed between Poitier, its cinema and its audience.

The end of the Sixties saw a change: in 1968 the actor developed the subject of the comedy ‘For love of Ivy’ directed by Daniel Mann, in which he plays a gambler, and in 1972 he made his debut as director with Buck and the preacher (‘Don’t preach shoot!’), and then direct the melodrama entitled ‘A warm December’ (‘Thanks for that warm December, 1972), which he also starred in, and later comedies such as Stir crazy ( ‘Nobody Can Stop Us’, 1980) and Hanky-Panky (‘Hanky ​​Panky Escape for Two’, 1982).

After playing the role of an anti-apartheid activist in Nelson’s action film ‘The Wilby Conspiracy (1974) opposite Michael Caine, he has considerably thinned out his presence on the big screen, participating in two detective stories in 1988, Richard Benjamin’s ‘Little Nikita’ and Roger Spottiswoode’s ‘Shoot to kill’, and in the 1990s ‘Sneakers’ ( Phil Alden Robinson’s ‘The Scam Gentlemen’, 1992), and Michael Caton-Jones’s ‘The Jack-al’ (1997), while numerous appearances on the small screen, including the interpretation of Nelson Mandela in ‘Mandela and de Klerk’ (1997) by Joseph Sargent. From 1998 he was part of the management staff of Walt Disney.