“What has happened with the comics is another attack against women” 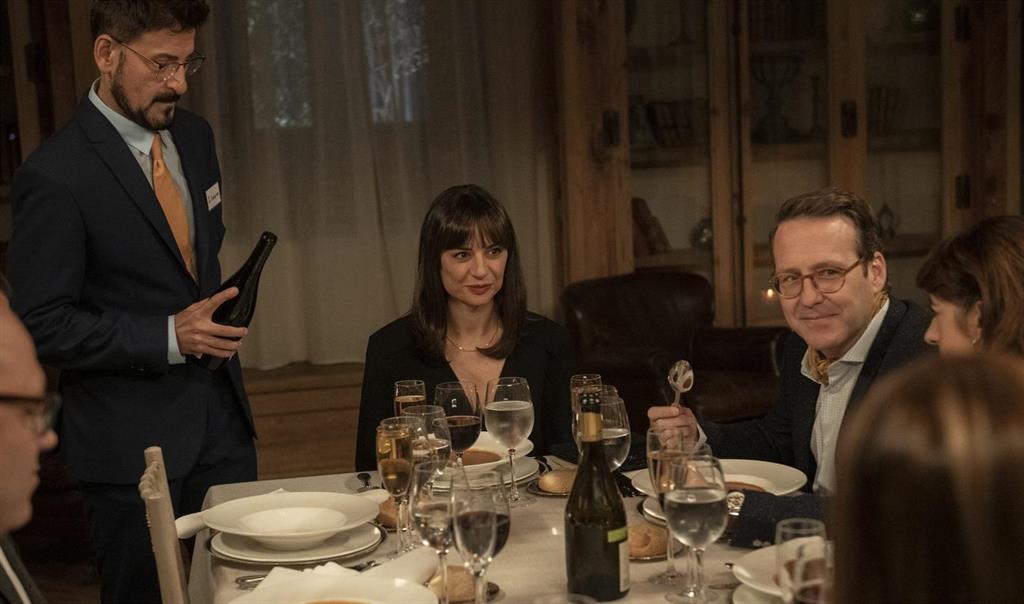 Movistar + premieres on July 9 ‘Supernormal’, series produced in collaboration with Secuoya Studios created and written by Olatz Arroyo Y Marta Sanchez and directed by Emilio Martínez-Lázaro (‘Eight Basque surnames’). The fiction is starring Miren Ibarguren in the role of Patricia Picón, a banking executive determined to be the best boss, mother and wife, even if that means leading a hectic pace of life. In the series, the Basque actress once again demonstrates her talent for comedy at a time when humor made by women has called into question.

“What has happened with the comics is one more attack on women. Now it is the turn of the comedians, it is the same absurdity as always, it is attacking women just because“, he assures in an interview with Europa Press, referring to the statements of the director of La Chocita del Loro, who described the humor made by women as” victims or very feminist “.

“The thing is to insult. It’s boring that people don’t know that they have to leave us alone. We will continue repeating this until no woman is in danger or is despised simply for being a woman, “Ibarguren claims.

This criticism of women is also reflected in the character of Patricia, a “parody of the 21st century ‘superwoman’ we’re all supposed to be“.

“I don’t know who came up with that we have to be perfect at everything. She wants to be the perfect mother, the perfect friend, the perfect lover, sexy, educated, punctual. That is still the order of the day, “says the interpreter.

“‘Supernormal’ arises from our own lives as mothers and professionals. I worked in an investment bank and we wanted to mix the fact of being a mother and never getting anywhere with the constant demand to work and be a boss“explains co-creator Olatz Arroyo.” As much as she tries to get to everything, it is a disaster. He is a character that gives a lot of tenderness. What you see is pure reality, what happens is that not much has been seen“, Marta Sánchez wields about the protagonist.

“It actually has everything, we really like the comedy of getting into crazy situations from real premises“adds Arroyo, who affirms that it has been based on the experiences of close friends so surprising that” no one believes them. “

The character of Ibarguren finds Mauro (Peter Vives) in his greatest enemy, “the great white man, the privilege made person, these people from the bank who believe that the world is theirs, the shark “, in Arroyo’s words.

The protagonist is not alone, since she has the support of her husband Alfonso (Diego Martín). “We were tired of the husband being the heavy, the toxic one. We wanted an ally husband, charming and majestic“Arroyo says.

Patricia’s universe is completed by her secretary Marisol (Gracia Olayo) and her maid, Imelda (Usun Yoon). “Within all the open fronts that a woman has in the 21st century, such as being a good mother and perfect at work, Patricia receives a lot of help“, says Ibarguren” There are other women who do not have so much, “he laments.

A FEMINIST SERIES … BUT NOT A PLANFLET

Despite their criticism of the lack of conciliation and the demand for women, the creators emphasize that ‘Supernormal’ “is not a pamphlet.” “Feminist is because we are and in the end it is how you think“Arroyo points out.

“The feminist allegation has been made because it is carried out by a woman, it is written by two women and tells the whole story of a woman, her family and work part“, Ibarguren points out.

Bárbara Goenaga, Lucía Delgado, Guillermo Manuel Ortega, Luna Fulgencio, Nico Rossi, Pablo Moro, Joaquín Reyes and María Esteve are also part of the cast of ‘Supernormal’. The series, which has six 25-minute episodes, can be seen in its entirety on Movistar + from July 9.