Between omicron and ostracism, the Golden Globes go into stealth mode to save their influence 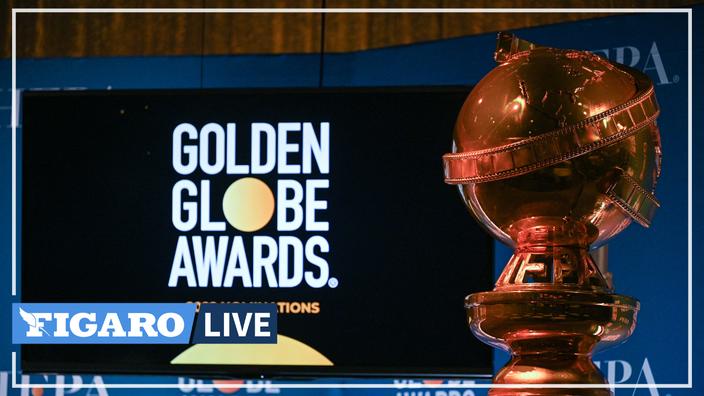 Shunned for its lack of diversity and transparency, the ceremony, anteroom of the Oscars, takes place on Sunday without a star or a camera. Belfast and The Power Of The Dog are at the top of his nominations.

An award ceremony in humility and practically destitution to continue to exist and get out of purgatory. The most glamorous ceremony after the Oscars and the most frivolous and unpredictable of the awards season, the Golden Globes were, until their disgrace and their blacklisting by Hollywood in the spring of 2021, considered a must-see of the season prices. They will offer an unrecognizable face on Sunday evening. A prize list without a gala, without a red carpet, without a star and without television or online broadcasting. No press accreditation will be issued.

The much contested Hollywood Foreign Press Association (HFPA) which organizes them tried to recruit prominent celebrities to announce the winners. In vain, no one wanted to run the risk of moving. This boycott of the industry is even more talked about than the works likely to be awarded a prize. Belfast and The Power Of The Dog came first in the 7th art nominations, followed by West Side Story, Licorice Pizza, The Williams Method and West Side Story. Small screen side, Succession, The Morning Show ,Ted Lasso, Only Murders In The Building and The Great lead the dance. Already few contenders for the statuettes had commented on their status as nominees. It’s a safe bet that they will observe the same silence in the event of victory.

Avoid disappearing and being replaced by other galas

Many wonder what this evening behind closed doors between member journalists will consist and why the Golden Globes did not settle for a press release as they were forced to do in 2008 following the writers’ strike. “At the moment, Hollywood, in its majority, is not paying attention to the Golden Globes”, observes Marc Malkin, editor at Variety and connoisseur of the award season. “If Hollywood is snubbing these awards, how important can they really be? Not huge, I think ”, he drives home the point.

The Golden Globes pay for the revelations of the Los Angeles Times who pointed out the total absence in their ranks of black journalists, the lack of transparency and enthusiasm in the process of co-opting new members and the lack of ethics of the members of the HFPA who accepted gifts and trips from the studios. The floodgates were open. The stars who complied with press conferences and exclusive press projections, reserved for members of the HFPA, denounced the lack of professionalism of certain reporters, sometimes more interested in selfies and questions about their private life than in the content of their movies. This big unboxing prompted NBC, the broadcaster of the Golden Globes, to slip the television broadcast by the wayside while waiting for the reforms undertaken by the HFPA to take effect.

This media vacuum immediately sparked the lust of other award-giving organizations who would like to reclaim the influence of the Golden Globes and their reputation as Oscar-makers on the road to the Oscars. The Critics Choice Awards were scheduled to be held on the same day as the Golden Globes, this Sunday, January 9. The association had secured a live broadcast on TBS and CW and were planning a sparkling red carpet. But the appearance of the Omicron variant caused this house of cards to falter. Like the Grammy Awards, the Critics’ Choice Awards have been pushed back to better days when it becomes safer and easier to seat all of Hollywood’s elite in one place.

As a result, the Golden Globes are comforted in their strategy of refusing a white year without a prize list. They find themselves without a competitor to overshadow them and still precursors of the Oscars, which will take place on March 27. Their lack of pomp plays in their favor while the ceremonies via videoconference have lived and dulled the curiosity of the public.

Bridges not completely cut between members of the HFPA and stars

What makes some say that they should not be buried too quickly. “A golden statuette is a golden statuette. And for decades, it has been a barometer of success ”, remarked to AFP Richard Licata, expert in television communication. And to add: “Hollywood is an industry that has often passed in the towel. She will demolish something and then, after a while, she will forgive ”.

Since the scandal, the HFPA has admitted around 20 new voters and therefore has an electoral body of around 120 reporters. The organization also banned these members from accepting luxury gifts or hotel stays from studios wooing them for their votes. If today the studios shun the association in public, members of the Golden Globes have quietly received links or DVDs and have been invited to screenings, sometimes at the request of prominent stars. Redemption – and it would not be the first for a customary organization of controversies and cronyism – may not be so far away.