Is this the proof that Kylie Jenner gave birth in secret? 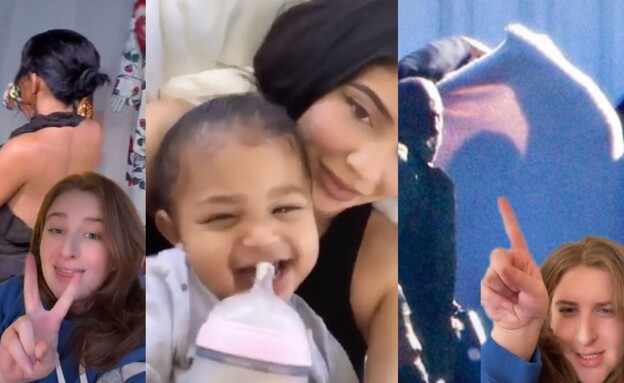 Kylie Jenner is one of the most talked about and surveyed women in the world of entertainment, and despite the great interest there is around her – she does everything to maintain her privacy. This is exactly why surfers are on guard, following every step of the star on the networks and drawing important conclusions about her life, and now they are claiming: Kylie Jenner is a girl.As you may recall, Kylie revealed her second pregnancy in early September, so she has already shared videos from the exciting ultrasound she did and quite a few photos with a pregnant belly. At the same time, an excerpt published in the reunion episode of the “Kardashian Family” series last June led many to believe that she was already in the midst of pregnancy (which turned out, as is well known, to be true). In the last few days a sharp-eyed TikTok named Emily has put things in a little more order, and we have every reason to believe that Kylie has given birth to a second baby.

According to the video, which garnered 18 million views in a few days, the episode in question of the “Kardashian family” in question was filmed at the end of April. Kylie, who apparently already knew she was carrying her second pregnancy in her womb, did not do a tequila whip with all the girls in the family, and walked around elegantly with her back to the camera so they would not see the trick she had concocted. “If she knew she was pregnant on April 23, her date of birth is the last week of December,” Emily said, adding in another video quite a bit of more suspicious evidence.

Last week we told you that Kylie flew with her mother, Chris Jenner, and her mother’s partner, Corey Gamble, for a pampering vacation in Palm Springs. Kylie got out of the car to her private plane as security guards covered her with blankets, but from the silhouettes that appeared on the canvas it was clear that she was holding a boy or girl on her arms. If that did not make you suspicious, Emily pointed to another issue that made her suspicious of Kylie: Even if she’s at the end of her pregnancy – Kylie should not fly at all.

All of this evidence joins a long list of other question marks, such as the baby bottle in Travis Barker’s picture, the mask that appeared on Stormy’s face at the Christmas party (which made many suspect that the Jenner-Scott family is more careful for the baby), and Kylie’s nail length, these days Shorter than ever. These along with the fact that Kylie used to keep pregnancies and births a secret, no doubt also put the mako celebs system companies on the official list of suspects.